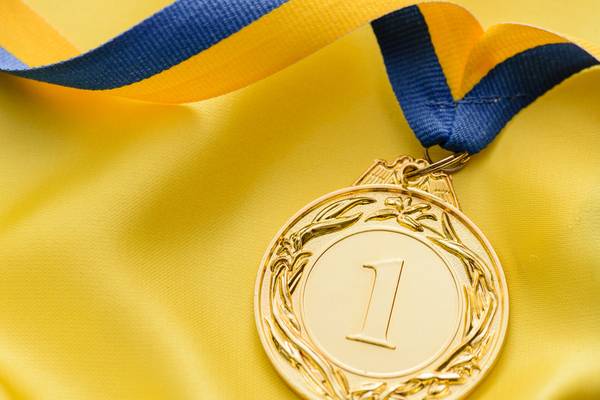 Corporate snafus, disrupting technology, major acquisitions, and, of course, TransPerfect dominated the ranks of most read stories on Slator in 2017. As we wind down the year, let’s revisit the stories that saw Slator move to a better and more expensive hosting provider in 2017 to accommodate all that extra web traffic.

TransPerfect’s public, acrimonious, and drawn-out legal battle between its two co-CEOs was a recurring theme throughout the year. In January 2017, however, the language service provider (LSP) made the news for a different issue: employee data theft.

Slator’s top story in January this year saw TransPerfect’s employees falling for the W-2 phishing scheme, with “all 2015 TransPerfect employee W-2 information” being sent to an individual pretending to be one of the company’s co-CEOs requesting the information.

Other top stories for the first month of the year was the EU’s EUR 6m (USD 7.15m) freelancer-only tender, an insider view of the private equity acquisition process for revenue heavyweight LSP Lionbridge, and TransPerfect again, though this time for oral arguments in the co-CEO dispute case, a hearing that turned out to be a “fireworks” capped spectacle.

Though published at the end of January, our story on Amazon’s foray into machine translation (MT) R&D took off in February. Two years after an eye-catching 2015 acquisition of an MT company, Amazon opened offices for MT-related departments in Pittsburgh and Seattle, and, as we now know, a prelude to the launch of Amazon Translate.

Not far behind was our update on TransPerfect’s legal woes, with co-CEO Phil Shawe losing his appeal to prevent the forced sale of the company.

Another big story in February was RWS’s USD 82.5m acquisition of Luz, one of the largest pure-play life sciences LSPs. RWS paid multiples of 10.7x earnings and 2.8x revenues, following the industry trend of valuing well-positioned niche players in growth verticals, such as life sciences, at a premium.

The top story for March 2017 was London-based Pearl Linguistics going into liquidation.

Not far behind was the story we broke on a potential USD 1.5m website translation initiative for a Spanish version of a US government site that was thwarted by Google Translate.

And showing yet again the readership potential of courtroom drama, TransPerfect suffered a one-two punch in March. The company was hit by a class action lawsuit by a former employee over the data theft reported in our January 2017 top story, and then just days later, the company’s former Chief Sales Officer sues them yet again for USD 50m for breach of contract.

April saw an update on Pearl Linguistic’s bankruptcy story with over 2,000 of the company’s creditors filing claims to get a piece of the liquidated pie.

Meanwhile, taking the legal spotlight away from TransPerfect is SDL, who sued Silicon Valley startup Lilt for infringement on three patents (since resolved).

Finally, the month’s top story is the rise of translate plus, when the London-based LSP registered a 315% jump of its EBITDA to GBP 1.26m (USD 1.68m).

Google wanted to be an “Artificial Intelligence first” company—this was the message in the company’s annual Google I/O.

Facebook wasn’t far behind with its own AI-powered tech: neural MT. Facebook’s Mark Zuckerberg announced that the social giant was open sourcing its neural MT model in another top story for May 2017.

Just months after our story on Amazon’s designs on MT became one of the top stories in February, mainstream media started reporting on the company’s impending challenge to Google Translate. Just the mere potential of Amazon developing a Google Translate contender made this story our top article for June 2017.

Finally, an update in TransPerfect’s sale was another top story for June. The courts ordered a surprise mediation for the sale of the LSP, a move that co-CEO Liz Elting’s side was not so enthused about, while co-CEO Phil Shawe was in full support.

In July 2017, Google’s machine learning programming platform tensorflow took the spotlight. Google announced that it aimed to broaden neural MT and deep learning R&D as a whole by offering tutorials of tensorflow on GitHub, and Slator picked the brains of industry and tech experts to learn the implications of this move.

Our feature story on FIFA’s localization also gained widespread readership—after all, who wouldn’t want to know how FIFA’s language service localizes millions of words for hundreds of events around the world?

After translate plus’ earnings spiked over 300%, the latest news about the company come July was its acquisition by the World’s third largest ad agency, Publicis.

Slator has been following developments in neural MT for some time now, and usually when large brands or tech players achieve a breakthrough they immediately become top stories. Take Facebook’s neural MT, for instance. August was the month Facebook announced it has completed its shift to neural MT.

Our audience is invested in knowing who’s who in the language services market. Our article on LSPs who made it to Inc 5000’s list was second only to the Facebook neural MT story.

Meanwhile, popular travel booking website Booking.com had a neural MT breakthrough of their own. The company built upon Harvard’s framework to run neural MT for destination data (descriptions, et al) and user-generated content at scale.

September was one of our busiest months due to its top story: “Translate.com Exposes Highly Sensitive Information in Massive Privacy Breach.” Language industry outlets and mainstream media alike reported on the privacy breach, where confidential documents translated via Translate.com’s free MT service were accessible via a simple Google search.

On the lighter side of things, DeepL’s audacious launch in September also made waves and proved a point: they appear to be the ones to beat at neural MT in the languages they offer.

Finally, in the latest of a string of updates to TransPerfect’s situation, we also covered how the company’s core translation productivity tool, Wordfast, may not be included in its sale.

Moravia had been looking to acquire other LSPs before the company itself was acquired by RWS for USD 320m as covered in our top story in October 2017.

Meanwhile, the latest update from TransPerfect in October concerned its most senior ranks. Three senior TransPerfect technology executives resigned over a two-week span, citing among other reasons the uncertainty created by the court-ordered forced sale process. Commenting on the mass resignations co-CEO Liz Elting said that she had regarded each of the departed executives as an “underperformer,” triggering a backlash inside the company and on social media.

Finally, Slator readers were keen to understand how localization works at wildly popular streaming service Netflix and to find out how to become one of its localization partners.

November was all about TransPefect and the end of its Co-CEOs’ bitter dispute. The month’s top story was another round of senior execs leaving over the issue, followed closely by the story on Co-CEO Shawe getting the nod to buy Co-CEO Elting’s shares, which is 50% of the company.

It remains to be seen whether some of the senior execs rejoin if Shawe becomes the sole CEO of the company.

On social media, interpreters and translators widely shared Slator’s article on the University of California San Diego’s research on the top emerging careers in 2017, with translation and interpretation grabbing the top spot, beating the employment prospects of such jobs as computer systems analysts and software application developers.

Amazon also turned heads when they finally announced during their 2017 AWS tech conference that they had openly joined the neural MT race. Unexpectedly, they pitched their service directly to language service providers as well.

Finally, Slator closes the year with a successful SlatorCon Zürich, with 80 language industry executives getting together for insightful keynote presentations, panel discussions, and networking. The consensus is the language services market is at a critical juncture, where industry players would do well to keep abreast of trends like centralization, tech like neural MT, and client surges like in Over-The-Top media such as Netflix.