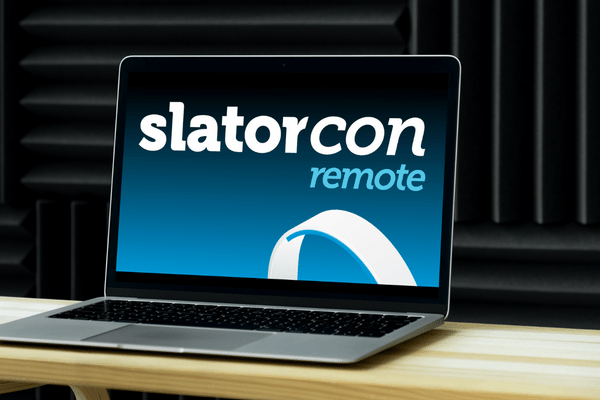 It was, perhaps, the closest to a 50-50 split between client and vendor of any SlatorCon before it.

SlatorCon Remote June 2022 drew some 300 registered attendees from around 40 countries. Just under half from North America, a third, Europe, and a fifth, the UK, with Asia and Apac, Australia, and South America making up the rest.

Slator Commercial Director, Andrew Smart, and Senior Analyst, Anna Wyndham, served as emcee and moderator, respectively. Slator Managing Director, Florian Faes, opened with the observation that the global language industry may be hitting a speed bump against headwinds from a macro economic environment, characterized by inflation and geopolitical tensions.

Faes’ assessment: Yes, there is a risk of recession, the environment has changed from the frothy end of last year, and things have scaled back a bit. But the translation and localization industry has been resilient, despite anecdotal info from LSPs that business has slowed down in some parts of the world.

Showing the audience a 2020 to year-to-date 2022 performance chart of listed LSPs, he noted how more generalist LSPs have lost traction, but companies and media loc are doing better.

Faes also pointed out the rising relevance of natural language processing, describing NLP as “disruptive,” having kicked into hyperdrive, and starting to become commercially useful. He further pointed out that while there is obvious growth in media and gaming, business is also looking good in SaaS localization and the life sciences.

Faes also went into the reasons for the language market’s resilience, advice on how to withstand the speed bump around three areas, and a fearless forecast for the market through the end of 2022.

His final word of advice: “The market is huge and there are lots of opportunities in adjacent spaces that LSPs can build a service or solution around.”

Why Translation Is Resilient

“Going to Mars is less relevant than being understood. Language is the tool to solve all the other problems,” Trombetti pointed out.

In a moving time graph, the Translated CEO showed the audience how the share of market for English has been shrinking since 2009, plummeting to –26% growth versus the rocketing demand for languages such as Chinese (+360%), Swahili (+1239%), Amharic (+2485%), etc.

Trombetti said, for the world’s people to truly understand each other, “there are two paths to singularity: using one language and translation. However, “we’re basically training today’s AI models for language translation using the computational capacity of the brain of a mouse! So it’s a long path. We are still very far from the solution.”

He ended by saying, “The journey to singularity is real. But it will be a long path.” In short, translation isn’t going away any time soon.

The trio talked about product strategy: when to consider investing in internal development versus off-the-shelf solutions for a company’s tech stack. They also went into how interoperability is crucial when navigating a large technology ecosystem.

Key takeaways: Scalability, flexibility, and usability must be the baseline for any solution a company or LSP chooses. Moreover, any content strategy has to take into consideration people, processes, and technology — in that order. This is especially critical when dealing with multiple languages across many markets.

Global Content–Global Releases: A Paradigm Shift had Mark Howorth, President of Iyuno-SDI Group and Andrew Aherne, VP of Distribution Operations at The Walt Disney Company trading insights into content localization as well as dubbing and subtitling.

Disney’s Aherne shared how they had just spent USD 25bn on content creations and how they saw significant market success in Latin America. He added, “The real challenge comes with scale; timing and execution are crucial.”

Iyuno-SDI’s Howorth concurred saying, “We love the fact that there are huge volumes, but it’s putting pressure on the supply chain.” He noted the dearth of talent for certain languages, for example, translating from Korean into Thai. “There are not many people who speak both Korean and Thai.” Thus, using English as a bridge language adds another layer of complexity.

Howorth added, “It used to be possible to just throw manpower at it. But the scale today is more complex. When you’re translating into 40 languages, there is no magic dubbing button.”

Language market buyers headlined the conference. Speaking on their company’s journey to localization maturity were

Expedia’s Foresi recalled how their localization journey began in 2012. “We were very operationally focused back then. But after the company acquired more brands, operations became more complex: We expanded our vendor pool. We needed a workflow tool.”

Today, Foresi’s team has taken ownership of localization quality and they measure internationalization success via data analytics. “We needed a dedicated team to be consistent. But it’s still a work in progress.”

Asana’s Chang said their product is basically “a workabout platform” and the localization team had been “very much an external service, still in the early stages of localization maturity, and definitely a work in progress.” But things have started to evolve and localization is “now starting to get a seat at the table.”

According to Chang, Asana favors content creation and transcreation rather than content localization in line with the company’s SEO strategy. “We’re currently not using MT. We’re very much human-driven. Not to say that we’re not exploring it. MT is just later on in the roadmap for us to explore.”

Qualtrics’ Tarditi said that as a “SaaS experience software,” the decision to launch in a new market is a revenue, ops, and sales strategy, “but localization is in the room.”

Tarditi said they came up with a universal formula on which new language to prioritize, which includes quantity (e.g., customer volume) and quality (e.g., proficiency) layers. “We have a no-KPI-no-service approach,” she said, adding that requesters need to “prove ROI.”

Whatever the case, Qualtrics’ localization goal is to achieve “parity with the original experience,” Tarditi said.

In outlining Payoneer’s localization journey, she noted how the “competition for localization talent has never been more fierce.” She also shared a diagram on Payoneer’s “secret sauce for a global-local brand” that attracts millions of users.

According to Epand, two places gave Payoneer the most localization demand over the past two years, China and Latin America. The e-commerce payment platform currently supports more than 35 languages. But, she said, “Over the past year, we struggled to find translators for German and French.”