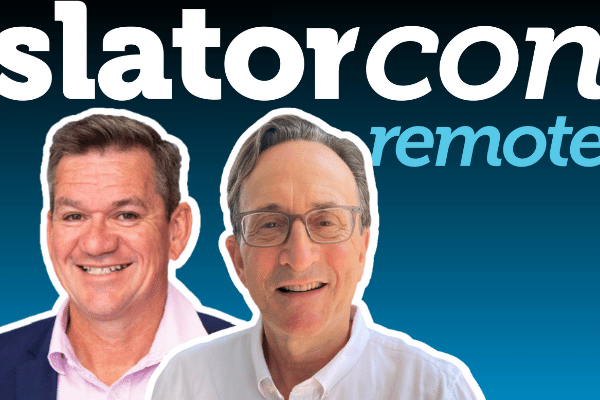 What do successful language service providers (LSPs) have in common? According to both Keynote presentations at SlatorCon Remote March 2022, it is innovation — which, of course, looks different for each LSP.

New Zealand-based Straker Translations was founded in 1999 as a technology services company. It reinvented itself as a business offering tech-powered translations in 2010.

Straker initially faced major obstacles to entering the multibillion-dollar language services market, including geographic isolation. As a newcomer to the field, Straker decided to bet on a then-uncommon idea, that technology would majorly impact the industry.

“We could see that technology was going to make this industry far more productive, and that was the market opportunity for us,” CEO and Co-founder Grant Straker explained. The company now has more than 265 employees in eight countries across the world.

Media localization company Deluxe, by contrast, could be considered somewhat of an incumbent in the language industry. Originally founded in 1915 as a film lab, the company grew both organically and through acquisitions, and now subtitles content in more than 115 languages, and provides dubbing in more than 65.

CEO Cyril Drabinsky told the SlatorCon audience that the company’s success has depended in large part on improving client services and on investing in innovation — a necessity in keeping up with the major changes on how content is produced, delivered, and viewed.

Drabinsky said, “To be an end-to-end provider in entertainment distribution today, getting localized entertainment content to consumers around the world — we’re involved at virtually every step in the life of a production.”

Behind the scenes, Deluxe must synchronize four distinct yet interconnected workflows to deliver features, series, trailers, and online advertising.

Straker built systems that would not only enable the company to operate globally from New Zealand, but that would also be scalable for Fortune 500 companies and large-scale organizations.

“We needed to build one platform where we collected all of the data, and we needed to centralize all of the project managers, all of the translator tools,” Straker said. “We needed to put our R&D investment into translation speed.”

Both LSPs have seen an increased demand for tighter turnaround times and a growing interest in providers who can do it all; which dovetails with the major M&A and consolidation trends seen across the language industry for years.

Straker, citing the company’s own recent deal with IBM as an example, said that many large buyers “just want it to be made easy. They want to know they can go to a trusted partner who can do everything, and not have to deal with multiple vendors.”

The so-called “downsizing” to fewer providers is not necessarily a bad thing for language industry professionals, Drabinsky pointed out, since the demand for localization shows no signs of slowing down anytime soon.

“The explosion in local language content production means job growth as well as more and better jobs in every region around the world,” he said. “There has never been a better time to find work in the LSP sector of the entertainment industry.”

Both Keynote presentations, and the full conference video, are now available via Slator’s Video On-Demand channel.