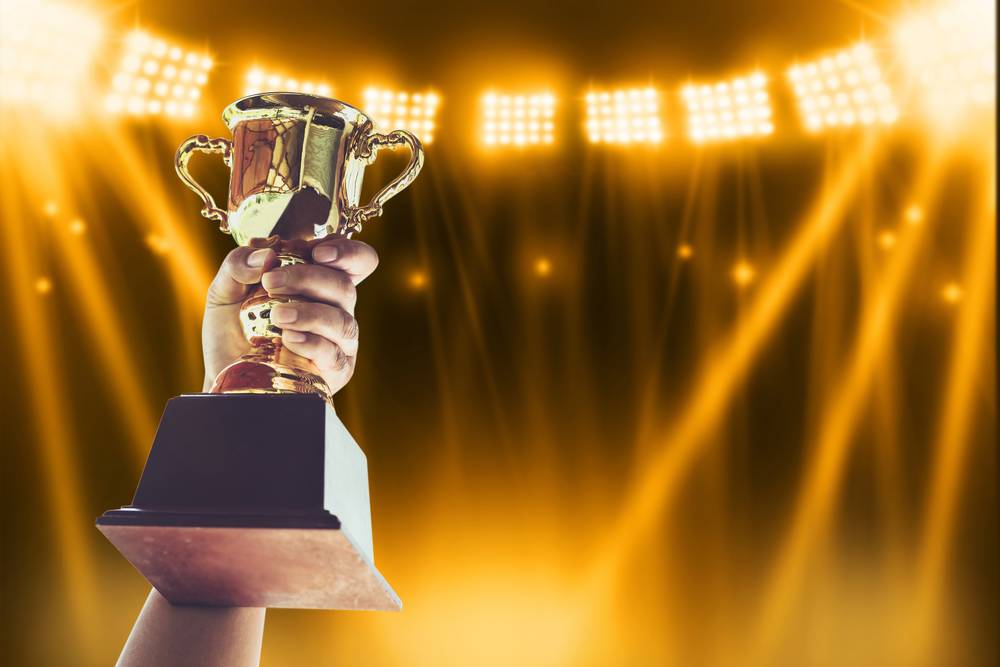 From the interesting and intriguing to the laughable and the predictions of doom (at times, they were one and the same!), the hottest stories of 2018 make interesting fodder to bid adieu to a year punctuated with highlights and lowlights. Here is our 2018 rundown of the top stories in this multibillion-dollar industry that is best described as both mature and uber-competitive.

Verbum sapienti. What counter-measures can translators take when they fall prey to scammers masquerading as language service providers? Flood the scammer’s inbox, use bogus jobs to trick them into sending their payment accounts, and then post the details online to alert the public, said Slator’s top story to usher in 2018.

The report cited advice from “Translator Scammers Directory,” a website created by volunteers who have been exposing shady industry practices since 2013. In an annual report released at the start of the year, the group claimed to have exposed some 15,000 fake IDs and close to 13,500 scammer email addresses, leading to a decline in the creation of new scammer IDs over the last three years.

Another popular story from January was an exclusive Slator interview with Lionbridge CEO John Fennelly, who had been restructuring the company’s senior ranks by tapping executives he previously worked with. Fennelly joined Lionbridge in July 2017, taking over from Rory Cowan who had served as CEO since the company was founded in 1996.

“Lionbridge will be a very, very different company as we move forward,” Fennelly said, repeatedly stressing his “extreme emphasis on organic growth” (i.e., building core businesses rather than growing through acquisitions). He said this was in no way connected to Lionbridge’s failed bid for TransPerfect.

Two stories out of Asia proved to be the most popular this month. In this penultimate story of January that took off a few days later, we reported how the Singapore government offered translators a bond-free subsidy to upgrade their skills. Worth USD 7,500 per awardee, the scheme was opened to Singaporean translators and interpreters from the private sector with at least three years of combined experience and “good work performance.”

The birthplace of anime and manga was the setting for February’s other top story. The Japanese police arrested five Chinese nationals for pirated translations. The suspects allegedly belong to a ring that illegally distributes Chinese-translated Japanese games and manga online. The suspects face prison time of up to 10 years and fines of up to USD 91,900, aside from the threat of civil lawsuits and additional penalties for damages.

Netflix shut down Hermes, its test platform designed to match a translator’s skills with specific localization projects, Slator reported in the top story for March. The reason, “the rapid popularity and response from applicants all over the world,” which brought the search to an end. The go-to site for binge-watchers unveiled the five-part test in March 2017. Two weeks in and thousands of candidates over the world over had completed the test, Netflix said.

Also popular was the story on how SDL’s “frustrating” financials eclipsed its operational progress. Speaking to Slator, SDL CEO Adolfo Hernandez said they just needed “a little bit of time for the financials to catch up with strategic and operational improvements. And this is why it sort of feels very frustrating to be in this situation.”

The month saw Amazon Translate climb out of “preview” mode to join the fray of over 20 neural MT-based technology vendors. Slator spoke to Amazon’s commercial partner Lionbridge, whose Chief Marketing Officer, Jaime Punishill, said, “We would be foolish to not imagine Amazon’s going to be a big player here.”

Punishill said Amazon had approached them to find a co-customer for a use case; which they did with VMware for a limited deployment of Amazon Translate.

Another hot story was the Tencent debacle at China’s Boao Forum, which made it the target of social media jokes. The Chinese tech conglomerate bungled its simultaneous transcribing and interpreting task at the conference. Tencent rival Alibaba lost no time in featuring the fiasco in the headline of the daily it owns, Hong Kong’s main English newspaper, the South China Morning Post.

It came as no surprise that the top story of the month was the first edition of the Slator Language Service Provider Index (Slator LSPI). The index included 33 LSPs whose 2017 revenues topped USD 30m (plus two more on a Watch List for possible inclusion in 2019).

Data was independently verified by Slator using company representatives or publicly accessible sources, such as filings with regulators or stock exchanges. The combined revenue of the 33 LSPs was USD 4.7bn, 16% higher than the previous year.

The language industry according to LinkedIn comprises 600,000 professional profiles and over 20,000 company pages. We crunched the data to compile the top 50 countries in translation and localization in terms of (a) personal and (b) corporate profiles in this popular story from May. The US topped the first list with China a distant second. The US and UK were neck-to-neck by their volume of corporate accounts in the translation and localization category.

The month’s most popular story was a follow-up to the previous month’s LinkedIn-crunching exercise. We featured some of the most intriguing job titles in the language industry — there were more than 600 to choose from! — seeking to bring clarity to what they really mean.

No sooner had we painted a rosy picture with our data-gathering exercise, than England’s top judge goes and predicts the demise of interpreters in June’s other top story. Describing the current state of online instant translation as “the technological equivalent of the steam-engine,” the Lord Chief Justice drew some interesting albeit pointed comments from industry stakeholders.

What is a good ticket price for an LSP to get a leg up in life sciences plus greater prominence in financial services? USD 77.5m, according to SDL, which acquired Donnelley Language Solutions (DLS) in its first major acquisition under the stewardship of CEO Adolfo Hernandez.

The industry (and the rest of the world) had a good old belly laugh when one of the world’s 100 most visited websites published a raw machine translation verbatim. The culprit was Business Insider which, it appears, could not be bothered to have a Chinese speaker vet its quotes.

The Google Translate output of an official Chinese statement about Trump’s trade tariffs was priceless. It was both amusing and sad that the Washington Post, Breitbart, and Singapore’s Straits Times also copy-pasted the most egregious part of the quote. Slator reported that only Reuters did not succumb.

Why do people leave the language industry? Slator interviewed individuals who had spent upwards of three years in France- or UK-based language service providers. According to this month’s hottest story, most cite the lack of career progression as their primary reason for leaving.

TransPerfect, once more, figured in another top story. Co-founder Phil Shawe eventually triumphed in the long-drawn-out saga, completing the buyout in May 2018. Once the August 2018 deadline lapsed for Co-founder Liz Elting to file an appeal with the US Supreme Court, TransPerfect wasted no time in moving its headquarters from Delaware to Nevada. This put wide berth between the company and the Delaware Court of Chancery that had (some say, unfairly) intervened in the battle for ownership of the world’s largest language service provider.

Our story on the job search engine Indeed.com was the month’s most read article. According to Frank Hensgens, the company’s Managing Director DACH, their localization efforts are extensive, impacting site functionalities from job search and résumé creation to company pages. “We also localize our mobile apps as well as content for marketing, sales, legal, internal training and communications, and client services,” said Hensgens, adding that they have local employees who provide insight into the needs of each country.

When the almighty Google concedes something, you can be sure it will be a popular story. In one of their regular Hangouts sessions, Google admitted it could be fooled by machine translated content when ranking search results. But the top two factors that affect search result rankings remain backlinks and content.

In a follow-up to our top story for March, Slator provided the lowdown on the real reason why Netflix shut down Hermes, its translation test portal that sought to attract the best freelance talent. At a Berlin conference, its Program Manager for Localization Solutions said that Netflix, after much introspection, decided that their ten or so language vendors were better placed to handle the tasks of testing, training and onboarding new translators, while Netflix would focus on localization workflow design, engineering and development.

Slator’s summary of a survey conducted by the Italian Association of Translation and Interpreting (AITI) was November’s hottest story. The AITI survey revealed local income, translation rates, productivity tools, and MT use. Two thirds of respondents said they earned EUR 10,000 – 50,000, a tenth said they earned EUR 50,000 – 100,000, while a mere 1.3% earned above EUR 100,000. A number of respondents cited other sources of income.

Our coverage of the 2018 EMNLP conference in Brussels, Belgium was another top story this month. EMNLP or Empirical Methods in Natural Language Processing is organized by the Association for Computational Linguistics (ACL). The number of participants at this year’s conference ballooned to 2,500 — more than double that of last year’s event thanks to the popularity of anything AI-related.

Slator’s exclusive Shopify interview was December’s most read story. Content and Localization Manager Giulia Greco said translating six million words annually is not their biggest localization challenge. Among other things, Greco pointed out that the company’s social media material “is created brand new by us — so it’s really copywriting in a different language, using English as a starting point only.”

Also popular as the year drew to a close was our story on how English to French translators at Straker average 1,000 words per hour. After its October IPO on the Australian Stock Exchange, the company posted half-year results showing a growth in revenues to USD 9.1m. The New Zealand-based LSP said their EN-FR freelance translators earn USD 28 per hour.