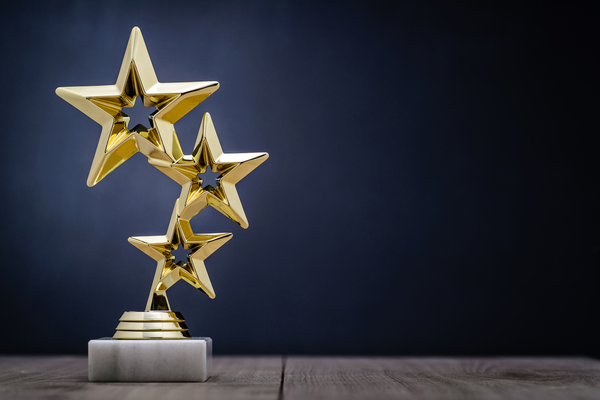 The year that was 2019 was, in a word, big. TransPerfect celebrated record-setting financials. Major players like Google invested more heavily in machine translation. Stories from within or around the industry — such as Rev.com’s pay cuts and Wired.com’s videos on interpreters — went viral; and the biggest language service providers continued to grow via acquisitions and mergers.

January’s top story analyzed recent research on how a professional interpreter’s brain works during simultaneous interpretation. A study conducted by a top Russian university used an electroencephalogram (EEG) to scan the brain activity of nine interpreters while they simultaneously interpreted eight speeches originally delivered at United Nations Security Council meetings. The findings suggested that interpreters distribute their attention among several tasks (listening and analysis, short-term memory, and production of target speech), rather than performing all these tasks simultaneously. So much for multitasking.

TransPerfect had reason to celebrate after a record-setting 2018, reporting USD 705m in sales and 14.7% top line growth, almost all organic. CEO Phil Shawe said EBITDA also rose 23%. Even more impressive: A protracted ownership battle (which finally ended in May 2018) did not take away from the strong year.

Big names dominated the shortest month of the year. First, we covered the push by power players Amazon, Google, and Microsoft into customized language tech and services. Recognizing the potential earnings to be made in this fast-moving industry, these companies are using neural machine translation (NMT) to expand their offerings  — and enter where traditional language service providers (LSPs) once dominated.

February’s second-most popular story introduced readers to Ukrainian investor Oleksii Vitchenko, who purchased the domain name Translate.com for USD 853,000. Despite the brouhaha following a 2017 discovery that anything typed into the website’s free MT engine — powered by Microsoft Translator — could be accessed via a Google search, Vitchenko expressed confidence in his decision to buy what is arguably one of the most prime domains in the industry.

California translators and interpreters are grappling with the fallout of AB5, a result of the state Supreme Court’s landmark Dynamex ruling, which codified the “ABC test” for determining whether independent contractors should be treated as employees. Slator’s March analysis of the ruling included an interview with Rick Antezana, President of the Association of Language Companies (ALC), who speculated that the results of suddenly reclassifying a quarter of a million workers as employees “would be negative; and not just for the language industry, but for the recipients of linguistic services.” Since then, matters have come to a head and AB5 is set to go into effect in January 2020.

On the tech side, Google introduced Lingvo, a framework for building neural networks in TensorFlow. In a move that seems to be increasingly common for tech companies, Google open-sourced Lingvo — which is specifically tailored for natural language processing (NLP) — as a way of supporting the research community while assessing whether the framework is readily adopted.

Less than a year after wrapping up the legal tug-of-war over ownership, TransPerfect found itself in the courtroom again, this time filing a multimillion-dollar lawsuit against Lionbridge and H.I.G. Capital. TransPerfect alleged longtime rival LSP Lionbridge and its owner, private equity firm H.I.G., acquired trade secrets and confidential information under false pretenses during the bidding process and used that information to “unfairly compete” with TransPerfect. For their part, Lionbridge / H.I.G. filed a motion in June 2019 to dismiss the TransPerfect lawsuit.

Google found itself in the Slator spotlight again in April, this time for its Google Translate formula, which went viral thanks to a Google Android engineer demonstrating how to use the formula to create a rudimentary, DIY, app-localization platform.

May’s most popular stories looked at professional practices and standards. Slator’s top story for the month covered a PhD student’s two surveys of freelancer and LSP practices when post-editing MT output. Among the findings: 60% of LSP respondents said they inform the client when using MT workflows; 42% of LSP respondents stated that current PEMT training courses are inadequate (compared to 29% of post-editors); and both groups of respondents reported that the dominant payment model was per source word.

Interpreters also starred in one of June’s top stories: Slator covered a series of videos produced by WIRED.com showing how interpreters work in real time. By presstime of June 26, 2019, the number-one video had gone viral and garnered over 370,000 views on YouTube. (At this writing, it is just a few thousand shy of three million views.)

At the height of the summer, Slator covered a Los Gatos event where Netflix gave attendees a behind-the-scenes look at the streaming giant’s subtitling practices for different markets, with the notable exception of China. The process generally starts with an English script, which the translator uses as a guide, although Netflix representatives spoke about moving away from English as a pivot language “when that makes sense.” Techwise, the company uses speech-to-text technology to create English templates and is also exploring machine translation. Netflix uses its own proprietary tool, The Originator, to manage subtitling operations.

Summa Linguae Technology’s newly appointed Executive Supervisory Board Member Jochen Hummel spoke with Slator for July’s second most popular story, where he discussed his predictions for the future of translation productivity (a.k.a. CAT) tools. Hummel, who created Trados and sold it to SDL in 2005 for USD 60m, expects CAT tools to become less relevant as NMT becomes more central to the translation workflow. LSPs will likely need to adapt their business models accordingly — sooner rather than later, Hummel expects. “I am sure we are only talking about a few years,” he said.

August was a rough month for linguists. First, Slator reported on the bankruptcy of UK-based LSP Debonair Languages, which left linguists, some of whom were still owed sums of money, in limbo. Debonair claimed to specialize in rare languages, worked primarily in face-to-face interpretation, and subcontracted with larger LSP thebigword. Linguists who worked on those particular subcontracted jobs hoped that thebigword would follow through with payment.

Following up on Slator’s March analysis of California’s Dynamex ruling and the possible impact on freelance linguists, Slator reported in September that the California State Senate passed gig-worker bill AB5 without an exemption for translators and interpreters. The bill prompted protests from professional organizations, which have only intensified as the effective date of January 1, 2020 nears.

Meanwhile, on the other side of the country, the Atlanta Board of Education kicked off the school year with a newly approved Board Policy on Language Access, directing all public schools to provide high-quality language services free of charge to district parents, students, and staff as needed. Roughly 3,640 students live in a home where the language spoken is not English; the most common languages spoken are Spanish, Chinese, French, Arabic, and Portuguese. Most significantly, the new policy requires public schools to use properly trained interpreters, and bans schools from using students, siblings, friends, or untrained school staff as interpreters.

October’s top story raised the question: What is a fair hourly rate for linguists? The UK’s Chartered Institute of Linguists (CIOL) released the results of a survey of 431 language professionals, who reported earning an average of GBP 30 per hour for work performed for LSPs. Up to one-third of respondents said that earnings from their language work do not represent their primary source of income, and 75% of respondents stated that their rates had stayed roughly the same since last year. The CIOL report noted that several respondents blamed these and other trends — including downward pressure on prices, pressure to use machine translation, and unrealistic deadlines — on market consolidation, which shows no signs of letting up.

Slator’s second most-popular story for October had to do with TransPerfect buying Lylo, Lassostudios, Sublime, and AGM in a concerted push into media localization. Shawe told Slator that the LSPs’ founders would join the TransPerfect senior management team, and local management for each LSP would decide whether to keep its original name or begin operating under the TransPerfect brand.

November brought two cautionary tales of business missteps. Transcription and video captioning platform Rev.com found itself in the center of a maelstrom after lowering rates for freelancers in November. “Revvers” and clients alike took to Twitter en masse to admonish Rev for the decision, sparking coverage around the web, namely by Gizmodo and Medium news website OneZero. In response, Rev released a statement from CEO Jason Chicola acknowledging the company “got a few things wrong,” and streamed a live Q&A session on YouTube on November 15, 2019.

Just eight months into its USD 80m contract with LSP EasyTranslate, the Danish National Police canceled the contract due to “serious breaches of data protection rules.” A press statement by the National Police noted that in addition to the data breach issue, the contract was marred by subpar contract delivery, wrong interpreter classification, poor handling of complaints, and the failure to establish a functional training program for interpreters. The four-year contract, which covered all language requirements from Denmark’s Ministry of Justice and Ministry of Immigration and Integration, marked the first time language services were privatized for the two ministries.

Continuing a major theme of 2019, the year closed out with yet another acquisition story, this time Keywords Studios buying machine translation provider KantanMT for up to EUR 7m. KantanMT’s most recent annual revenues reached EUR 0.8m, and the company’s clients included eBay, VistaPrint, the European Commission; and, surprisingly, Keywords itself, an unusual pairing considering how difficult it can be to use NMT to localize highly creative video game content.