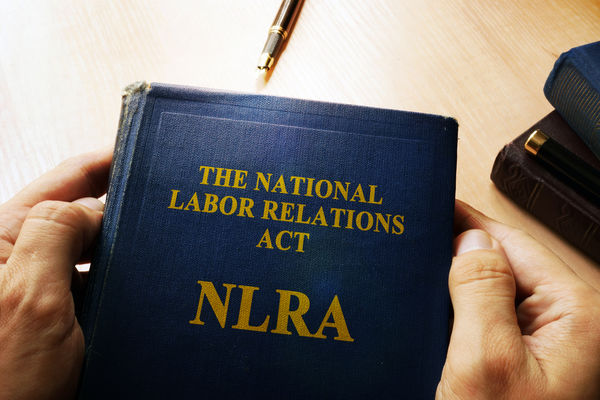 Ruling in favor of non-staff interpreters working in US immigration courts, a judge for the National Labor Relations Board (NLRB) ordered government services contractor SOS International (SOSi) to reclassify its interpreters as employees, reinstate dismissed workers, and pay back wages.

The case stemmed from a consolidated complaint filed by the NLRB against SOSi on June 12, 2017 regarding unfair labor practices reported by the Pacific Media Workers Guild, a Northern California and Hawaii-based labor union whose members include interpreters.

The Reston, Virginia-based SOSi is under contract with the Executive Office of Immigration Review (EOIR), an agency within the US Department of Justice (DOJ), to provide on-site and scheduled telephone interpreter services at immigration courts and hearing locations throughout the US. SOSi annually provides services valued in excess of USD 50,000 to the EOIR, according to the case documents.

The union alleged that the company misclassified interpreters as independent contractors rather than employees to avoid paying better wages and benefits and terminated the services or reduced the work assignments of several interpreters engaged in union activity.

In a 71-page decision penned by administrative law judge Michael Rosas, the NLRB ruled that the interpreters who work for SOSi should be classified as court employees, not as independent contractors.

The judge also agreed with the complainants that SOSi violated several provisions of the National Labor Relations Act when they canceled contracts, engaged in unlawful constructive discharge, and threatened not to renew the contracts of interpreters working with the labor union.

Hence, SOSi was ordered to reinstate the affected interpreters to their former positions or to offer “substantially equivalent positions,” renew the contracts of those whose contracts have been terminated, and pay back wages for the covered calendar quarters.

A report in the LA Times quoted a company statement saying they would appeal the case.

“We are confident that this non-binding NLRB recommendation will be overturned on appeal, because as a private business founded by a former court interpreter, we know that our practice of hiring independent, sub-contracted interpreters to meet our DOJ contract requirements has been the standard practice for decades and is the preferred approach by the overwhelming majority of professional interpreters across the country,” a SOSi spokesperson said in a statement sent to Slator.

Meanwhile, the Pacific Media Workers Guild welcomed the court decision. In a blog post on the labor union’s website, Executive Officer Carl Hall was quoted as saying the NLRB decision “gets us to the starting line in a potential organizing drive for full union rights.”

The protracted legal battle with SOSi got interpreters working together to reject the alleged low pay, unacceptable travel reimbursements scheme, and cancellation policies.

According to the case documents, SOSi initially experienced challenges recruiting interpreters at the start as “interpreters were unimpressed by the terms of the proposed independent contractor agreements (ICAs), particularly the hourly rates.”

The interpreters later agreed not to accept the USD 35 wage SOSi offered, started sharing information regarding contracts among themselves, and sought the advice of the labor union. “This is an opportunity to set an industry standard. All we have is each other to protect our rate, our profession and our futures,” read an email circulated among the members in August 2015.

“Interpreters were unimpressed by the terms of the proposed independent contractor agreements (ICAs), particularly the hourly rates”

The documents showed that the interpreters from Southern California later reached an agreement with SOSi to accept work on rates of USD 225 for a half day and USD 425 for a full day. SOSi also agreed to interpreters’ demand for full payment for cases canceled on less than 24-hours. Interpreters in other parts of the country had negotiated almost similar versions of the deal that “by the end of February 2016, SOSi was finally able to fully staff all Immigration Court hearings and resolve most payment problems.”

SOSi, however, retained the right “to terminate the agreement at any time for its convenience upon written notification to the contractor.”

Back to Hourly Rates

According to case records, SOSi modified the terms of the contracts in the succeeding ICAs several times after the expiry of the initial work agreements, including bringing back the hourly rates and introducing a cap or a maximum rate.

Interpreters who were active in the labor union’s work and instrumental in pushing back against SOSi have allegedly been sidelined in projects or have found that their existing contracts were canceled.

While the case was on trial, SOSi was named one of the winning bidders in a US Department of Defense’s new USD 10bn language services contract announced in March 2017.

Six months later in September, the company appointed a former Army man as COO, shortly after it secured a new interpreting contract from the DOJ valued at USD 21m.