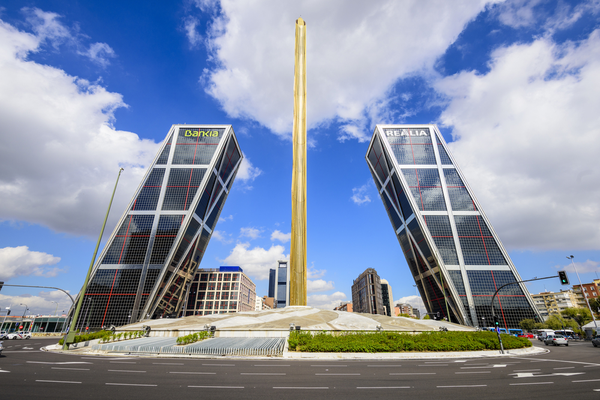 Two Gen Z language service providers (LSPs) have joined forces as AT Language Solutions acquired boutique local rival AABAM on April 1, 2019. After twenty years at the helm of the business she started in Madrid, Marisa Calvo, sole-owner of AABAM, has now sold up to pursue a new career path.

Slator reached out to Calvo and Stéphane Magnard, CEO of AT Language Solutions, to learn more about the companies and what motivated the sale of AABAM. Though both founded around the turn of the millennium, the two Spanish companies have followed two quite different paths, it transpires.

AABAM has mainly serviced language service providers, focusing on the medical and engineering sectors, and has “always operated in a more traditional manner, with little use of technology either for clients or internally, which has consequently led to a stagnation of their service capacity and growth,” Magnard told Slator. AABAM grew to six full time employees and EUR 650,000 in revenues by 2018.

AT Language Solutions, meanwhile, works solely with end clients and has its own proprietary technology, Magnard said. According to the CEO, the company employs over 40 people (50 with AABAM employees), brings in EUR 3m in annual sales, and has opened an international office in Paris, he added. AABAM is AT Language Solutions’ first acquisition.

As for the company’s continued technology drive, “AT invests 15% of its turnover in R&D annually, with part of that sum being allocated to training translation engines based on neural networks (artificial intelligence),” Magnard commented. The company has developed various machine translation engines and currently has “several commercial proposals in progress for clients who’ve asked us to train translation engines specifically for them.”

Looking forward, Magnard forecasts joint revenues of EUR 4.5m over the next 12 months and says that his first priority will be to “improve profit margins based solely on the addition of our own processes and proprietary technology, maintaining the same operations and workforce.”

Calvo has other plans now that she has handed the company over to Magnard. She told of how AT Language Solutions first got in touch with AABAM: “I was out of the office when AT made contact, and I was passed a message saying that someone wanted to buy the business. I thought it was one of those misleading phone calls where another company in another country wants to be your supplier and uses it as a way of selling themselves. So I was hugely surprised when I got in touch with AT and realised it was a bona fide proposal.”

“I was out of the office when AT made contact, and I was passed a message saying that someone wanted to buy the business” — Marisa Calvo, Founder, AABAM

In the early days of founding AABAM, Calvo “liked the idea of creating something from scratch and of putting my ideas of how to run a business into practice. I never thought about becoming a big business, but a solid company with a good reputation.” Although she was not particularly looking to sell AABAM when the opportunity presented itself, Calvo recognised that she had “met my initial challenge and expectations, and needed a new incentive to fill me with enthusiasm.”

For anyone else considering buying or selling a company of AABAM’s size, she advises to “look beyond the purely financial side of the agreement and instead look at how the new direction will turn your efforts into something big in the future.”