How SOURCENEXT Helped Evernote and Dropbox Succeed in Japan 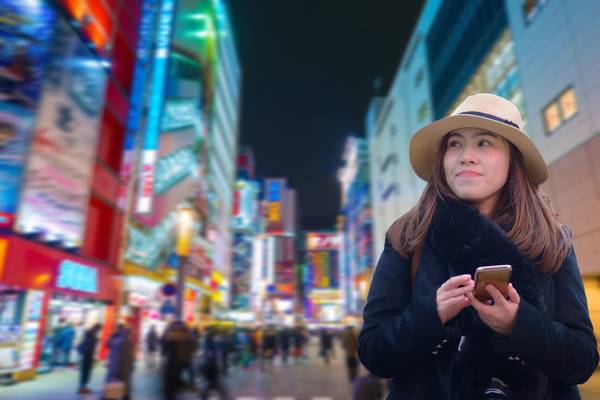 The third largest market in the world for online sales is essentially closed off to international companies. In Japan, a foreign organization needs to effectively navigate government restrictions, distribution issues, and language and pricing model variations. Beyond that, it still needs to contend with often significant differences in culture, taste, etiquette, and market models.

These interconnected issues give rise to two general barriers to entry for foreign companies:

This was also the issue for Evernote, the cross-platform, freemium, note-taking and organization app. “Japan has always been an extremely important market for Evernote,” said Evernote co-founder and former Chairman and CEO Phil Libin. “To achieve our ambitious goals, we needed the right marketing and distribution partner.”

Established in 1996, SOURCENEXT began by selling a single educational software product and eventually grew to release and support hundreds of products in the Japanese market. After going public in 2006, they have helped companies like Evernote achieve what would otherwise be impossible: successful foreign penetration of the Japanese market.

In Evernote’s case, SOURCENEXT put their offering into an “all-in-one” package with a yearly subscription fee. They marketed Evernote’s multiple services to users who basically have not heard of it yet, with the support of a seamless user experience and an instructive website targeted to new users.

SOURCENEXT launched multiple user registration campaigns to increase Evernote’s users in the country. Today, Japan accounts for 13% of Evernote’s worldwide user base. Since partnering with SOURCENEXT, the company has increased its business significantly.

If this process sounds simple and straightforward, that is because that’s exactly how SOURCENEXT wants it to be for partners.

“Bring us a great B2C software product, just focus on developing the product, and we will focus on translating it to Japanese and marketing in Japan,” said SOURCENEXT Founder and CEO Nori Matsuda. “We do everything. You just wait for the check.”

“Rosetta Stone had been working to penetrate the Japanese market for years and though we had an extremely strong brand presence and recognition, we knew we could do a better job with the right partner in-market,” said John Hass, Chairman, President, and CEO of language learning leader Rosetta Stone.

“Bring us a great B2C software product, just focus on developing the product, and we will focus on translating it to Japanese and marketing in Japan” — Nori Matsuda, Founder and CEO, SOURCENEXT

After partnering with SOURCENEXT, “not only are we already seeing success, but we also have the potential to grow our product portfolio exponentially and give the Japanese population the ability to affordably expand their language learning,” Hass said.

Japan’s market language learning market continues to be top of mind for retailers, consumers, and software providers especially with the 2020 Summer Olympics in Tokyo on the horizon. SOURCENEXT’s recent partnerships with Rosetta Stone seek to unite Japanese citizens and visitors through language.

SOURCENEXT covers everything in the supply chain — from localization of the product, its pricing model, its packaging, its marketing, to the method and channels of distribution. Indeed, the success SOURCENEXT’s partners have achieved is the result of SOURCENEXT’s full market entry service, which goes far beyond normal product localization.

“Others do just direct translation, not localization,” Matsuda said, highlighting that SOURCENEXT has over 21 years of high quality localization experience for a large number of existing products.

He shared that when they partner up with a client with legacy relationships, “even already translated material, we need to localize,” emphasizing the difference between direct translation and actual localization for Japanese markets. He also explained that they use internal terminology software to maintain the quality of localization, instead of using third party tools.

Most localization providers stop at the first P: Product. They usually directly translate from English to Japanese, sometimes in a way that does not localize to cultural norms and the attitudes and preferences of the market, making it glaringly obvious to native-Japanese speakers.

Aside from high quality product localization, SOURCENEXT’s “full service localization” takes into account that localizing a product extends into its pricing model as well as its packaging and marketing — Pricing, Packaging, and Promotion. Take Dropbox, for example.

In 2013, SOURCENEXT announced the world’s first physically packaged version of the popular cloud storage service Dropbox. The marketing efforts, the method of delivery (physically packaged software), and the pricing model have all been localized for the Japanese market.

Matsuda shared that for smaller partners that would benefit from more Promotion, SOURCENEXT invests in more marketing. In exchange the partner receives a lower percentage of revenues. SOURCENEXT uses this percentage-driven royalty pricing format for all its partnerships. The percentage that goes to partners varies due to different factors.

“After localization and in parallel with localization, what’s important is identifying what channel is most appropriate for the product”

SOURCENEXT also extends their localization to post-sales customer support as part of their Packaging localization. Matsuda explained what this entails “depends on the product. Some products require telephone support, some just email. We talk to clients about the support required.”

“If it requires telephone support, that has to be done by a Japanese person,” Matsuda shared. “We have some in-sourced people, but also outsource sometimes because we have lots of products.” SOURCENEXT offers all customer support formats — from web to email to phone.

There is one final “P” that SOURCENEXT localizes to an extent that no other Japanese partner can: Place.

Where Does the Product Live?

Is the product best presented to Japanese consumers in retail stores with physical packaging (like what was done with Dropbox)? Should it be put in SOURCENEXT’s eShop? Or perhaps packaged with a leading Japanese carrier instead? SOURCENEXT’s deep understanding of the Japanese market helps them decide the best distribution method for each product.

These three channels are the main distribution lines SOURCENEXT uses for partners:

“After localization and in parallel with localization, what’s important is [identifying] what channel is most appropriate for the product,” Matsuda said. “In the case of apps, it’s usually the carrier programs. For PC software, it’s usually eShop and retail.”

SOURCENEXT’s  distribution capability is unparalleled. Simply put, SOURCENEXT is the only partner for market entry that can deploy across all three channels. Combined with high quality localization across the product, pricing, marketing, and support, Matsuda’s words best describe SOURCENEXT’s edge when it comes to bringing foreign products into Japan: “No other Japanese company can do that.” 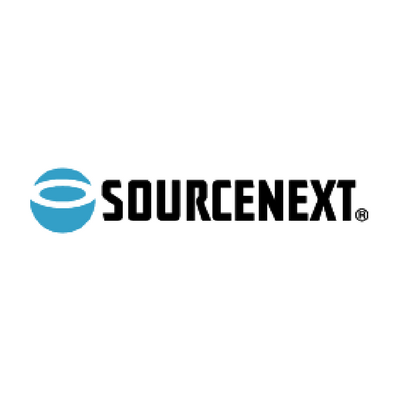