Recent regulatory and political developments are buffeting the medical device industry, which traditionally has been a stable and attractive market. Estimates of the total global market size vary, but most studies put it at around USD 350–400bn in 2016. Between 2005 and 2012, the sector enjoyed 5% average annual growth and operating margins between 23–25%.

Typically, the price-earnings ratio for listed companies in this sector has been higher than that of the benchmark S&P 500 index. The question though is can this phenomenon continue given the impending changes to the industry’s regulations and geopolitical landscape for global trade?

Traditionally, the market has been dominated by manufacturers from the US and EU. These two regions are also the biggest markets for medical devices, accounting for some 75% of global revenue, followed by Japan and other developed Western countries.

Therefore, in terms of regulatory requirements, those of the US Food and Drug Administration (FDA) and the European Medicines Agency (EMA) are the most important ones. Although having US FDA clearance and the European CE Mark, by themselves, are not enough to guarantee local approval, most countries do not even consider applications for products that possess neither one. Some countries also expedite approval or relax certain requirements on the basis of approval in the EU or US. As such, it is still crucial to obtain these two certifications, especially for global manufacturers.

As the second largest economy in the world, China has become another major market. In recent months, China has introduced new regulations; which means manufacturers require significant in-country resources or expensive consulting to enter the market. Based on a study by Emergo, 69% of industry professionals voted China the most difficult market in which to obtain regulatory approval.

In April 2014, a total of 347 amendments were proposed for MDR and 254 for IVDR. Since then, the three governing bodies of the EU (the Commission, Parliament, and Council) have not yet been able to come to an agreement on the final document.

However, a “compromise” text was issued to the public in June 2016. The EU Council is currently conducting a legal-linguistic review of the text at the ministerial level. Once the text passes, the two draft regulations can then be officially adopted by Parliament and the Council, perhaps at the end of 2016 or early 2017.

In terms of changes, the following are the highlights:

For UK-based manufacturers who export into the EU single market and vice versa, top of list concerns may include issues related to the impending Brexit. Depending on how the rules change for medical device regulations within the UK, existing and new products will be affected.

A few scenarios are possible. When the UK officially leaves the EU, regulations for medical devices could—

Scenario 1 impacts the industry the least, while Scenarios 2 and 3 will behoove medical device exporters and importers in the UK to realign themselves with new and separate UK rules.

In October 2016, Prime Minister Theresa May announced that “all existing EU laws would be transposed into domestic legislation…to give some certainty to business.” So it seems Scenario 1 may be the most likely when the UK officially exits the EU in 2019 (based on the timeline May announced in the same speech).

Of course, this is the ideal outcome from the British point of view. Whether, politically, the British government can negotiate such exit terms (i.e., minimize impact on business while regaining sovereignty over immigration and legal jurisdiction, which were key issues behind the Brexit referendum), will depend on how the bargaining chips are used in the actual exit negotiations.

Nonetheless, it should be pointed out that even if Scenario 1 does not fully pan out, the new regulations for MDR and IVDR would have already been enforced prior to Brexit actually taking place based on the current implementation timeline. That means UK medical device manufacturers would still have to plan to conform to the new rules.

It is too early to provide a comprehensive assessment of how the proposed legislation will affect multilingual publication requirements in the medical device sector, and the need for professional translation and localization.

The EU requires medical device manufacturers to translate into and adapt relevant materials to the 26 official languages of the European Union. This includes labeling, usage information, documentation (of the production, testing, and quality processes), and marketing materials.

If you only translate into the five primary European languages, you can only sell in the EU states that require these languages. Therefore, once the new rules take effect, it is expected that a lot of materials for new or existing products will require updated translations in order to pass stricter controls and enforcement.

In terms of mandatory information provision and, consequently, the need for translation and localization work, technical documentation professionals should stay abreast of the proposed changes to the European Database for Medical Devices (EUDAMED). This is a repository for information on medical devices collected by the European Commission and Competent Authorities.

Part of the data in EUDAMED will consist of a “summary of safety and clinical performance” for Class III and implantable medical devices. The manufacturer is required to compile a document that is clear for the intended user and, if applicable, the patient. The Notified Bodies will then assess this document and upload it to EUDAMED.

The database will also contain data on vigilance and post-market surveillance. These documents and data are expected to be in multiple languages corresponding to the countries in which the medical devices are sold.

As the new medical device framework fast approaches final regulatory approval, it is a good time to reassess how to reach customers across the EU while minimizing risk.

A good case study of how complex translation can get for large medical device manufacturers is Getinge Infection Control. The organization has 36 subsidiaries on six continents and over 230 distributors and partner companies in sales and service.

Due to its organizational structure and needs, Getinge creates content in two languages, English and Swedish, and publishes in 33 languages under tight deadlines in a competitive market. The company works with language service provider Xplanation to reduce translation costs through an all-encompassing efficiency program.

In order to simplify the translation process for Getinge, Xplanation implemented the following:

The result? Karin Fischer, Global Marketing Manager at Getinge Group said, “What differentiates Xplanation is speed and value. Not only are they very responsive to our fast-changing requirements, they are able to guide us through new processes and help us gain efficiencies continuously. Xplanation provides high-quality translations consistently, and they support our international growth by offering scale and expertise in technology. For a similar volume of translation year-on-year, our translation budget has been reduced by more than 20% thanks to Xplanation.” 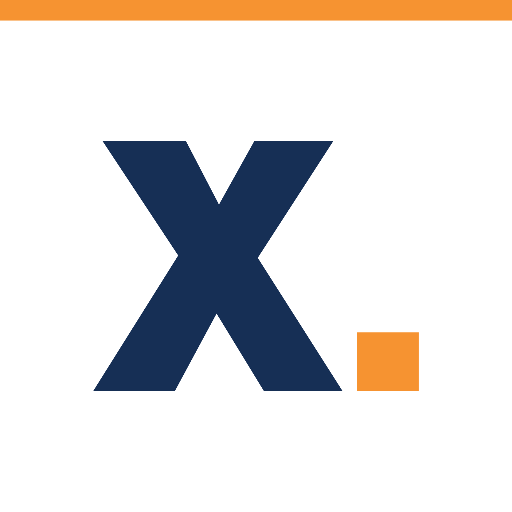 From websites to manuals and marketing brochures, Xplanation offers customized solutions to help your brand reach customers around the globe.