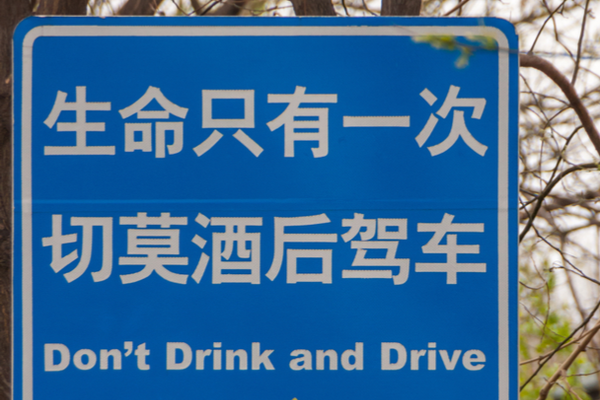 The capital city of China, Beijing, launched a “2018 Online Correction of Erroneous Public Sign Translations” exercise on March 27, 2018. The aim of this exercise is to improve the accuracy of public signages in English, in part as preparation for the 2022 Winter Olympics to be held in Beijing.

Members of the public can go onto a webpage on www.qianlong.com (aka Qianlong Net) to fill in details on erroneous signages they have spotted. Mandatory details such as the exact location, a picture of the questionable sign, and the person’s mobile number need to be submitted, along with an option to suggest the correct translation for the sign.

In tandem with this public exercise, Qianlong Net will also publish a series of articles explaining China’s translation standardizations and common errors from invited experts in a dedicated column. The aim of this column is to create awareness of the correct translations and help members of the public identify erroneous signages. As at press time, six articles have already been written and published. Some of these articles were also translated into English and posted on the English version of Qianlong Net.

Actually, the Chinese central government had already released a “Public Services English Translation Standards” circular  on June 20, 2017. The publication, which consists of 10 parts, was jointly released by the General Administration of Quality Supervision, Inspection and Quarantine (AQSIQ) and the National Standards Committee of China.

13 public service sectors – traffic, tourism, culture, entertainment, sports, education, healthcare, postal, telecoms, F&B, hospitality, commerce, finance – are covered by the standards. The content spells out in detail standardized terms which are commonly used within each sector and their proper English translations. A full downloadable list of all 10 parts can be found here.

The standards were implemented country-wide as of December 1, 2017. It seems that Beijing’s municipal government has decided to launch this latest exercise as an efficient way to rapidly collate and correct all the questionable signages in the city.

In order to encourage the public to participate, the exercise will give out monthly and annual prizes to the most outstanding participants, judged by a panel of experts appointed by the organizers. The winners will be determined based on both quantity and quality of their submissions. We do not have any information as yet, however, on what these prizes will be…