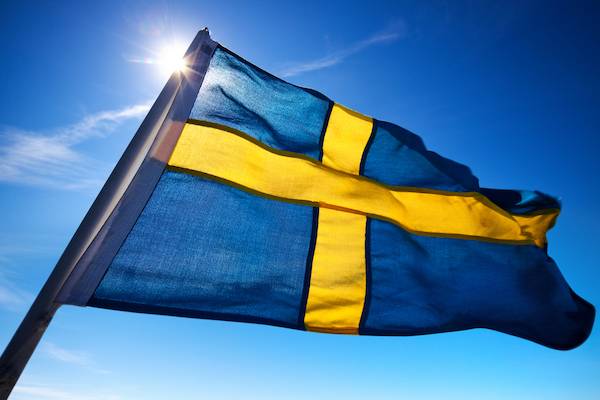 Contracting authority is county council Region Halland and the framework agreement covers a booking system for interpreting services in most languages ​​to and from Swedish, according to the award notice released September 27, 2019. The contract does not include translation services.

“While all physical interpretations are carried out in Halland itself, it is our understanding that a large part of the bookings they have are over-the-phone interpretations, which can be carried out where location is irrelevant,” DigitalTolk CEO and Founder, Virpal Singh, told Slator.

The process for the first-time tender was fairly competitive, with “six major LSPs” bidding on the project, according to Singh. However, all but two bidders were disqualified for failing to meet the qualifying criteria to supply to the county, he added.

Region Halland will book interpreters through DigitalTolk’s “self-built platform,” Singh said, and the LSP is now onboarding a few hundred local interpreters to serve the contract. Since DigitalTolk is the sole provider, he said they expect most of the SEK 64m contract value to come through as “all bookings the state makes are meant to be held in collaboration with us.”

“Our IT department is three times bigger than our operations department, as most of our internal processes are automated and digitized,” said Singh, who is CEO as well as CTO. Their USP: “a system that can autonomously request and schedule bookings [while] maintaining lower variable costs.”

He said that, although they do not want to compare the services of highly qualified interpreters to Uber, “we have indeed created an automated flow for booking, ranking, requesting, and informing customers of their booked interpreters. But, more importantly, we ensured to check all of the boxes that Uber forgot to check: we do pay local taxes, carry out appropriate background checks, adhere to the GDPR, etc.” (The General Data Protection Regulation requires businesses to protect personal data and privacy in transactions that occur in the EU.)

Although contracting authority Region Halland’s primary responsibility is providing healthcare for its residents, the council is also involved in the county’s business sector, culture, and public transport.

In 2018, Region Halland carried out a pilot with DigitalTolk. CEO Singh said, “From what we understand, they reached out to the seven LSPs they had an agreement with, only one of which was able to pilot video bookings with them. They initiated a parallel pilot with us. We carried out tests with video interpretations from our office on the laptop, the interpreters’ mobile phone, and the interpreters’ home computer and phone.”

“Our IT department is three times bigger than our operations department, as most of our internal processes are automated and digitized”

Region Halland then “empirically documented” results, Singh added, including patient experience. He said, “We understand that they were incredibly satisfied by the results; both the internal staff who were piloting the video bookings — who were initially hesitant and, in fact, doubtful whether this would work at all — as well as the patients who were very positive about the experience.”

Asked for his take on the issue over price in Swedish government contracts (i.e., the USD 81m Kammarkollegiet interpretation contract from February 2019 that saw Semantix pull out over “unusually low bids”; DigitalTolk was also one of the winners), Singh said “price dumping hampers innovation” and the ability to deliver good customer service.

As for the Region Halland contract, Singh said, “Luckily, Halland decided to set a reasonable fixed price that the LSP would be paid and only evaluated our bids based on quality parameters; which means that we can actually ensure that they get the quality and improvements that they deserve.”

Singh noted that evaluating bids based on quality is now becoming more common in Sweden. “Purchasing based on quality and ensuring everyone gets a reasonable reimbursement for the work carried out is the right way forward and gives customers value for what they pay,” he said.

Setting a fixed price ahead of an RFP and evaluating vendors on other metrics is a fairly rare approach in procuring language services for the public sector.

Hey! Does anyone here speak Arabic?

DigitalTolk was founded by owners Virpal Singh and Leyla Sarac in 2015 and they began operating in 2016. This makes the company a very recent entrant in an industry, which is often dominated by long incumbent players.

According to Singh, the idea came to them at the height of the refugee crisis in Europe, Sweden, in particular. He recalled that while volunteering near the Stockholm Central Station along with roughly 70–80 other volunteers, trainloads of about 2,000 refugees would come along.

“It was when someone stood on a chair and yelled, ‘Hey! Does anyone here speak Arabic?’ that the idea struck me; there has to be a better way,” said Singh, who was an IT consultant at the time. “I felt there must be a way to coordinate language assistance from around the country and decided it was time for me to use my IT skills to prepare a tool,” the DigitalTolk CEO and CTO said.

In parallel discussions with the healthcare and public sectors, Singh learned about the challenges stakeholders had to deal with: Getting hold of an interpreter over the phone could take 30–40 minutes in an emergency situation. The intensive care unit would call an LSP, wait in queue for 15–20 minutes, have to explain the urgent need, and then wait some more as the agent called what few interpreters were available.

“We live in a society where getting a car, ready to pick you up outside your home, takes less than three or four minutes. But getting a number to an interpreter takes 30–40 minutes! I decided to do something!” Singh said.

He said they created the system as a multi-tenant system so that, “if an NGO made a booking, it would be sent only to volunteers, for free, a setup carried out in collaboration with numerous NGOs. The idea was that all NGOs could collaborate in the recruitment of volunteers — Stockholm City Mission, Red Cross, Save the Children, all of whom worked with volunteers — while having a sustainable and exponentially growing business.”

Today, DigitalTolk works with government agencies, such as the Swedish police, the justice system, and others through the Kammarkollegiet contract and, now, Region Halland.“Although the idea [for the company] came about in a social manner, and ethical values are still very important to us, I would today compare us more to the likes of iZettle or Tesla — disruptors of the language industry, innovative, bringing about new solutions, agile, and setting the precedent for how all LSPs, ideally, should be working,” Singh said.