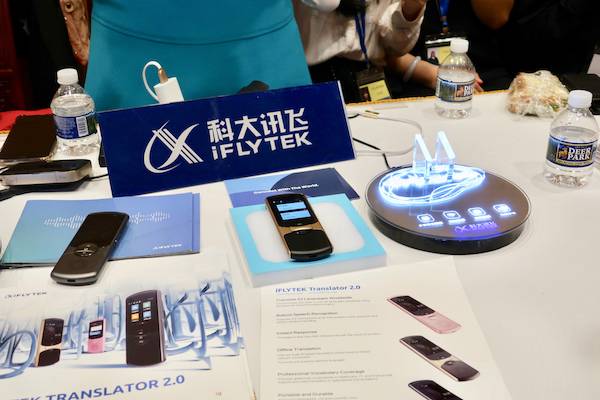 The capital raise also drew investors from the Anhui Development Investment Company, Anhui Smart Voice and Artificial Intelligence Venture Capital, aside from the “state-owned companies under government-controlled investment vehicle China Reform Holdings,” according to a July 17, 2019 report in the South China Morning Post.

The report added that iFlytek “will use the proceeds to bankroll research in open platforms for smart speech, so-called next generation cognitive technology, and service robots.”

iFlytek was singled out by the Chinese government in 2017 “to spearhead the country’s development in voice intelligence and take the lead in building an ‘open innovation platform,’” the same report stated. With this capital raise exclusively underwritten by state or state-owned actors, the Chinese government shows it is committed to and wants to keep a tight rein on AI development.

Based in Hefei, Anhui, iFlytek was founded in 1999. It is listed on the Shenzhen Stock Exchange and market cap stood at over USD 10bn (CNY 70bn) at press time.

In September 2018, the company figured in a controversy when Shanghai-based interpreter Bell Wang accused it of passing off human interpretation during the live broadcast of an international forum as the output of iFlytek’s AI translation engine.

As reported by Slator, iFlytek was bombarded by negative press in the aftermath — which, as previously reported, did not appear to significantly impact market performance. Although, at the time, iFlytek’s stock price had fallen nearly 37% to CNY 29.93 since reaching an all-time high of CNY 45.83 on December 1, 2017, the stock price only dropped by about 1–3.4%, after Wang’s accusation spread on social media.

iFlytek’s stocks were trading at CNY 32.63 at this writing. Their translation devices have not done too shabbily either, with two gadgets selling well on Amazon, as reported back in April.

That said, language translation does not seem to figure prominently behind iFlytek’s capital raise and was not specifically singled out as an area of investment in a filing with the Shenzhen Stock Exchange.