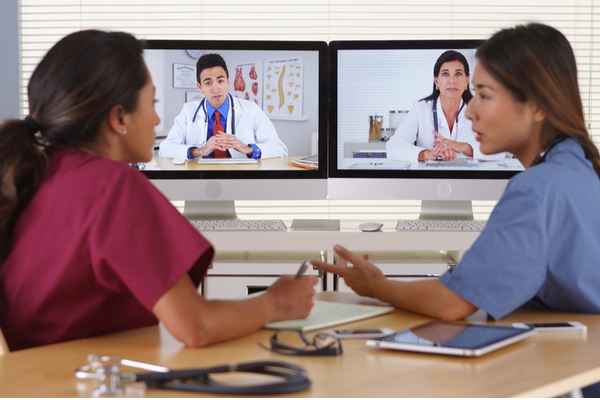 It is a market that Stratus Video President David Fetterolf described as a “complete greenfield” in a phone interview with Slator. Video remote interpreting (VRI) is steadily gaining ground in the US healthcare sector, and there is much more volume to unearth, according to Fetterolf. Half the hospitals and most community health centers “haven’t made a video decision,” he added.

While Fetterolf declined to elaborate on the ownership of InDemand, Crunchbase lists its investors as Fifth Province Ventures and Health Enterprise Partners (lead investors), and Square 1 Bank for debt financing. According to Crunchbase, InDemand has been through four funding rounds, raising a total of USD 21.6m since June 2014. That same month, Health Enterprise Partners’ Ezra Mehlman took a board seat at InDemand.

Meanwhile, Cecil Kost, the former CEO of InDemand, described the company on his LinkedIn profile as a “private equity-backed provider of technology-enabled interpreting services” that went through a “successful divestiture…in May 2019.” Kost’s LinkedIn profile says he left InDemand in May 2019.

Despite the merger, the combined company will continue to operate under two separate brands, Fetterolf told Slator. Two InDemand execs will stay on in key roles at the combined organization. InDemand’s current COO, Mary Kate Salley, will become Chief Client Officer of the joint organization and InDemand’s VP of Sales will also stay on.

On the Stratus Video side, David Fetterolf will continue to lead the joint organization as President and Maureen Huber will continue as COO / CFO.

The deal will create a major player in the US healthcare interpreting market and likely put additional pressure on major rivals LanguageLine and CyraCom.

Not Just a Tech Problem

On the decision to merge the two companies, Fetterolf said it “made sense since we have the same mission and the same goal. It’s a coming together of two companies […] to further our mission of helping patients communicate with their healthcare providers.”

There are obvious synergies between the companies. Both have a clear emphasis on video interpreting: 27 languages for Stratus Video, 29 for InDemand. Both operate nationwide across the US. Both have a distinct focus on the healthcare sector.

Yet the customer overlap is “very, very little,” according to Fetterolf. The reason is twofold: “Stratus Video has been targeting large health systems for the past few years whereas InDemand has been targeting community health centers, practices, and ambulatory services,” he said. Moreover, most VRI customers do not operate a multi-vendor strategy and select just one primary provider given the “huge hardware commitment” involved in video interpreting, he added.

Though hardware plays a big part in the VRI space, “it’s not just a technology problem,” Fetterolf explained, referring to the fact that, in order to operate in healthcare video interpreting, “companies need to have W-2 employees because of the contract law in the US.” This is why he does not see any new players successfully entering the space. “It’s too challenging to fund this type of operation from scratch at this point,” he said.

Asked how he views the M&A landscape within the growing niche of healthcare video interpreting, Fetterolf said, “There aren’t many companies on the video side, so there’s not much to choose from. With the new Stratus-InDemand merger, there are maybe four [companies] in video interpreting.”

“There aren’t many companies on the video side, so there’s not much to choose from. With the new Stratus-InDemand merger, there are maybe four [companies] in video interpreting” — David Fetterolf, President, Stratus Video

It is a different reality in over-the-phone interpreting (where Stratus Video made a 2016 acquisition) and in-person interpreting, but “we don’t see any new companies coming into the video space,” he reiterated.

Fetterolf identified a general shortage of talent in the interpreting space as one challenge to overcome. He said, “Demand is higher than the supply,” and the shortage is “more pronounced in Chinese languages and ASL.”

Asked his opinion on a suggestion to deploy medical students as interpreters to remedy the talent problem, Fetterolf remains doubtful that medical professionals are in the best position to do the job of interpreters.

“If bilingual staff act as interpreters in a dual role, they end up with dual motivation, having to diagnose and treat and interpret, which is not ideal.” What is more, Fetterolf said, “paying a doctor or a nurse’s salary to fulfil the role of an interpreter is not a good use of resources” and “we always say that even if bilingual staff are great, our interpreters are better.”