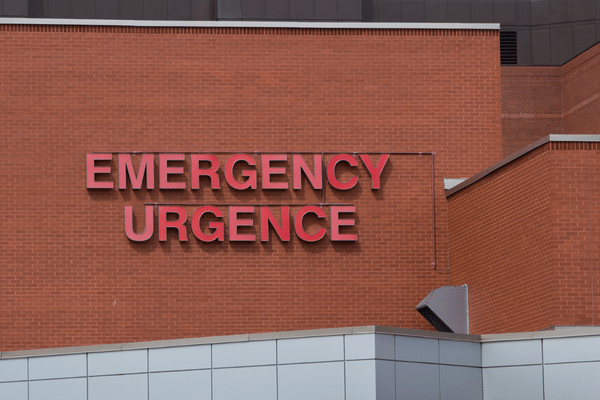 A study (download) published online on December 7, 2022 looked at data from patients who visited an Emergency Department between July 2015 and August 2021 to assess utilization of interpreting services. The July 2015 date refers to the time when Canada’s Kingston Health Sciences Center contracted LanguageLine Solutions to provide these services.

The small study was conducted by Darwin Jimal, Timothy Chaplin, and Melanie Walker from Emergency Medicine at Queen’s University, Kingston, Canada. The researchers collected charts from 37,500 visits where patients indicated a preferred language other than English. They also surveyed personnel to assess awareness and use of LanguageLine.

Of the 37,500 visits from Limited English Proficiency (LEP) patients reviewed between 2015 and 2021, 118 (0.31%) used LanguageLine. The researchers also found that LEP patients with three specific characteristics were more likely to have access to an interpreter: those who were younger, had a more acute triaged case, and spoke Arabic.

The study had a few limitations. It was based on two emergency departments in a single geographic area (Kingston, Ontario), which may not reflect population diversity in other areas.

Some data was also missing. Specifically, the researchers sought to correlate the LEP data on patient charts with LanguageLine invoices, but invoices for 22 out of the 73 months in the period examined were missing. As a result, the patient data for those 22 months had to be excluded.

The staff/resident survey had a 30% response rate. Among the responders, 16 had at least one LEP patient in the preceding month, and three of the 16 used LanguageLine for those patients. Five people reportedly had never used the service, and four did not know it existed.

A Microlens On A Larger Issue?

Despite the small sample size, the study highlights a lack of awareness of interpreting services on the part of both patients and staff that transcends borders (and points to a direct cause for underutilization). Researchers cited studies from the United States, Australia, and New Zealand that show interpreter utilization at less than 30% of LEP patients.

As Slator reported, a November 2022 study in the UK also revealed a number of barriers to interpreting services utilization. Something the Canada and UK studies have in common is patients’ reported use of family and friends as interpreters. A number of survey respondents in the Kingston study who knew about LanguageLine reported not using the service due to “the availability of an ad-hoc interpreter.”

Researchers linked their results to a “need for better education and training for healthcare providers on the importance and availability of interpretation services in the emergency department.”