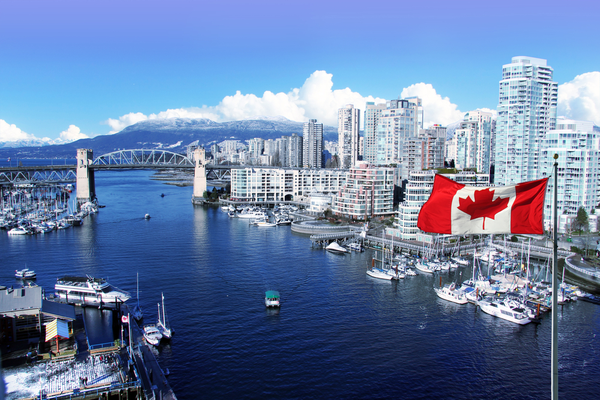 The agreement will see V4C take a 51% stake in Summa Linguae Technologies, but only once the LSP has closed two upcoming M&A deals of its own; one with a US-based life sciences LSP and the other with a Canada-based localization and data annotation company. Though filings from May and July 2019 indicate that Summa Linguae had entered negotiations with two target companies, the names of the companies could not be disclosed until after the relevant Share Purchase Agreements had been signed.

Summa Linguae Technologies is now one step closer to onboarding their new private equity backers. On November 16, 2019, the LSP signed a deal to acquire Canada-based Globalme, which has its headquarters in Vancouver. The deal is set to close on December 9, 2019 to coincide with the planned date of the V4C deal closing.

Slator reached out to Summa Linguae Technologies CEO Krzysztof Zdanowski, to find out more about the Globalme acquisition. Zdanowski told Slator that between now and the December closing date there will be an “interim period […] for all preconditions to be met, mainly including corporate approvals.”

Zdanowski also confirmed that the purchase price for Globalme was “USD 7m with a potential USD 2.5m earnout should certain conditions be met in 2020 and 2021.” The confirmed price differed from the figure of USD 8m discussed by Zdanowski in October 2019, because “upfront and earnout considerations were negotiated during the course of due diligence,” he added.

Zdanowski said the main rationale behind the acquisition was to expand geographically into North America and to strengthen the company’s existing data services offering. The two companies had no existing relationship prior to deal discussions.

Globalme is currently owned by two individuals: Hanna Golota and Emre Akkas. According to Zdanowski, Akkas will stay on in the combined organization as Managing Director of Summa Linguae Technologies’ North America entities. Globalme will likely be tucked into the Summa Linguae Technologies brand “after a transition period,” although this has not been fully decided, Zdanowski said.

The CEO declined to disclose specific financial metrics for Globalme, but told Slator that Globalme’s revenues have increased by 30% on average over the past five years. In addition, 95% of Globalme’s revenues come from the US and Canada, where the company’s approximately 60 FTEs are mainly located, he said.

Globalme’s estimated revenue for 2019 is USD 6.5m with adjusted EBITDA of USD 1.7m. The combined organization forecasts consolidated revenues of USD 20–21m for 2019, and will house more than 200 people across nine locations in America, Asia, and Europe, Zdanowski said.

According to Zdanowski, Summa Linguae Technologies and Globalme share no common clients even though they have a “very similar offering,” broadly categorized into localization, data services and managed services. He added that data services have been the main driver of growth for Globalme over the past three years.

Globalme was also a “very good fit in terms of technology,” Zdanowski said. On the data services side, the company has a data collection and post-processing platform, while for language services, Globalme’s tech stack includes project and workflow tools as well as automation technology. Summa Linguae, meanwhile, has a proprietary TMS and API connectors.

Given that Globalme’s AI services technology played a big role in the acquisition, how does the company plan to balance out human input and automation? Zdanowski said, “Our ongoing goal is utilizing more technology and including humans, where needed, in the loop.”

Summa Linguae Technologies’ acquisition of Globalme follows a string of similar deals, where larger crowd-focused companies have bought up technology-first data services providers. Tokyo-based Gengo, which diversified from a translation services platform into AI support services a couple of years ago, was acquired by Lionbridge in January 2019. Silicon Valley-based data annotation platform Figure Eight was acquired by Appen in March 2019.

Summa Linguae Technologies is still required to complete its second acquisition (of the US-based lifesciences LSP) before locking in the V4C funds. But Zdanowski is already looking beyond December 2019 toward more potential M&A deals, describing new investor V4C as “hungry for follow-up acquisitions.”

In Zdanowski’s view, “It is highly likely that we will soon add at least one major acquisition, although our immediate focus will naturally be on integrating our newest additions.” Of particular interest are LSPs operating across IT, e-commerce, life sciences, and e-learning — verticals that are already core to Summa Linguae’s offering.