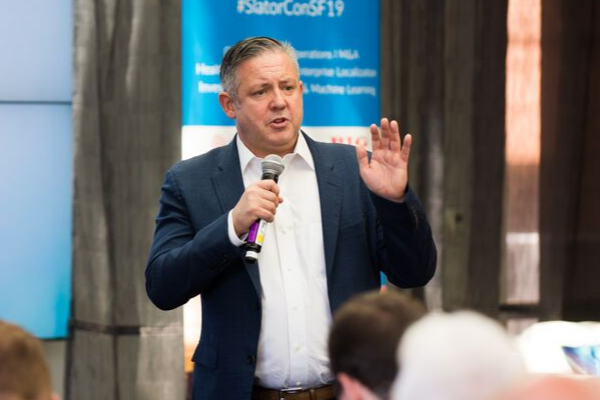 “Why is it important to grow?” Phil Shawe asked the sold-out SlatorCon San Francisco 2019 audience as he outlined the principles he credits for TransPerfect’s success. The answer of choice from a participant: Survival.

TransPerfect CEO Shawe said if anybody ever does the math on a typical language service provider (LSP), and that LSP wants to give its employees a 5% raise each year, and there’s zero growth while efficiency stays constant, then that LSP will be out of business in five to seven years.

“You could get more efficient and you don’t have to grow. But even with the greatest MT in the world, eventually, your efficiency flattens out,” Shawe said.

One of their biggest challenges, however, is what Shawe likes to refer to as the law of diminishing returns. As he defines it: “It’s very, very difficult, once you get larger, to maintain a high growth rate.”

“When we were a USD 5m company, or USD 10m company, or a USD 50m company even, we could grow 20% per year,” he said, adding that growing at the same rate becomes more difficult as the company reaches the “high levels.”

So how have they maintained a high growth rate throughout the years?

To maintain a high growth rate, “You break the company down into very small parts — and you measure it like crazy,” Shawe said. “Measure even those things that are very hard to measure,” he advised the audience.

He continued, “We love hiring people with an entrepreneurial spirit. Basically, we try to set people up in business with their own metrics. We are metric-crazy. If you can’t measure it, you can’t manage it.”

As proof that their metrics work, the TransPerfect CEO cited the company’s compounded annual growth rate of 35% across its 27-year history, no mean feat for any company.

Shawe pointed out that “if we run 20 or 30 different small businesses and we run them all responsibly, and they all have a high growth rate, and they all have high profit margins, at the end of the day, we’re going to end up with a USD 700m business that’s going to have those same characteristics.”

According to Shawe, “The only way to align incentives is to have good management and come up with the best metrics that you can — and then tie it up with [your] people’s upside.” He said the upside can come in many forms: financial rewards, choosing their own career path, attaining a certain level of training, or having advancement and managerial opportunities.

“One of the magic things that happens when you do align incentives, is it reduces the layers of management required. We don’t have a ton of layers of management that are there cracking the whip on salespeople. They are compensated by what they sell. If someone is managing a production department, they’re compensated based on a gross margin kicker, or something that’s related to the success of that division,” he explained.

Shawe asked the audience if they knew the one thing people in management had in common. The answer: They’re not trusted.

“I run a USD 700m company with 5,000 people and I sit in an office and share it with four or five other professionals. Because if you sit in an office behind a closed door, people are always going to assume the worst,” he said.

Phil Shawe’s office arrangement is indicative of transparency elsewhere. For instance, they circulate divisional performance reports throughout the company. He said publishing these performance lists has motivated staff to perform better.

He said the more transparent a company is about its finances, business operations, and management motives, and the more management interacts with their people, the better off the company will be.

Aren’t they worried someone is going to walk out the door with all this information? “The benefits of sharing information far outweigh the risk,” he said.

“Another thing we do that I’ve taken some criticism for over the years is we let the decision of where a project goes internally and which division works on it, we push it down to the salesperson level,” Shawe said, explaining that it has to do with nurturing the entrepreneurial mindset they value.

Shawe cites as an example a salesperson (compensated mainly on commission), who assigns a project to an office that does not turn the project around as expected. That salesperson then has the autonomy to assign it to another office that can do a better job — and, thus, not risk getting the salesperson a low performance rating.

It is a self-regulating system, Shawe said, which creates healthy, internal competition. “Nobody wants to be the last person on the list when the list is published. Nobody wants to be the least productive production department or salesperson. It naturally creates internal competition, which is good for you as a manager because you don’t have to artificially create it,” he said.

According to Shawe, TransPerfect’s largest client brings in USD 25m out of the company’s USD 700m in revenues, “because we don’t want all our eggs in one basket.”

He said diversification is also a good practice to apply to the vendor base. Shawe explained, “If I notice that all our Spanish is going to a certain vendor in Argentina, then I’m going to have an issue with that, because that also creates a degree of risk.” 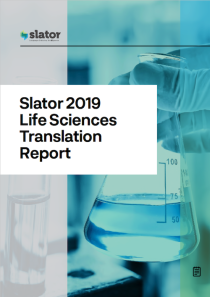 Moreover, diversification gives a company the power to walk away from a deal. “If you have one customer, and they make up 50% of your business and, all of a sudden, they want to renegotiate rates with you, you’re not in a great position. But if your biggest customer makes up 2% of your revenue, it definitely increases your leverage,” Shawe said.

“They stopped murder by stopping the graffiti on the subway. So if you eliminate all small deviations, then large deviations won’t happen,” Shawe said.

“If somebody runs a project through the system and it doesn’t meet the right profit level or it’s just a screwed up project that sales has overpromised, then they have to fill out a bunch of paperwork”

To that end, they make financial deviations as painful as possible, Shawe said: “If somebody runs a project through the system and it doesn’t meet the right profit level or it’s just a screwed up project that sales has overpromised, then they have to fill out a bunch of paperwork — we make it as painful as possible [for everyone involved in the project] so it’s avoided on the next go-around.”

As a parting shot he told the audience that, whether they belong to a two-person department or a 5,000-person company, they should always make bad news travel fast.

“Good news travels on its own. As management, you want the disasters brought to your attention as soon as humanly possible. If the bad news gets shoved under the rug and somebody doesn’t want to deliver that, then look at your organization,” Shawe said.