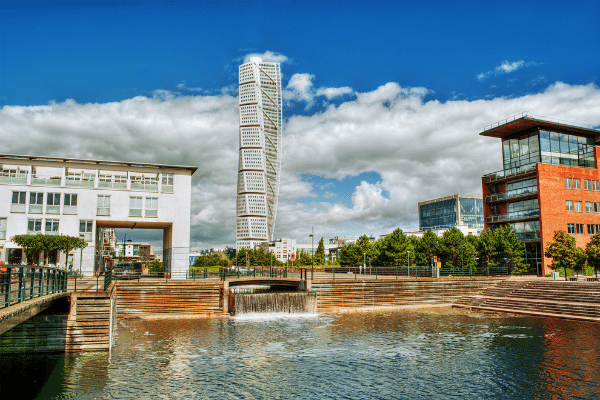 Sweden’s Region Skåne has signed an agreement with DigitalTolk for an interpretation contract estimated to be worth SEK 608m (USD 65m) and slated to commence July 1, 2020. The contract will run for two years with a possible two-year extension.

The Scania contract is the third-largest public sector contract for language services in Sweden behind the likes of Kammarkollegiet and Region Stockholm.

However, the same documents show that county authorities only evaluated six LSPs after Serviti was unable to meet pre-evaluation requirements.

Scania County awarded DigitalTolk the contract after a 10-day mandatory freeze period, during which competing bidders were given a chance to appeal the decision. Sources close to the matter said no one did.

“We didn’t see a clear reason to appeal the awarding of the Region Skåne contract,” Elisabeth Cardoso da Silva, Head of Interpretation at Semantix, told Slator. While Semantix remains a major player in the government interpreting market, the company has been focused on expanding its private sector business over the past few years.

According to Virpal Singh, CEO of winning bidder DigitalTolk, supplier evaluation for the fixed-price tender was not based on price. “Rather, they (Region Skåne) were primarily assessing the LSP’s ability to deliver language services to their organisation, and the supplier’s technical ability and flexibility to make adjustments based on their needs. This is where we obtained the most evaluation points, resulting in us winning the tender,” Singh told Slator.

In its decision to award the contract, Scania County wrote that DigitalTolk “received the highest comparative figures after evaluation, […] completed an approved tender presentation, [and] submitted the most economically advantageous tender, which is why [DigitalTolk] should be accepted as a supplier.”

Detailed evaluation documents seen by Slator show that the contracting authority used what appears to be a meticulous points system, with assessment criteria ranging from ease of use of an LSP’s ordering system down to the way it recruits interpreters and monitors their performance.

This careful assessment is seen by some as a reaction to the spate of issues surrounding public sector procurement in the Nordics — which hasn’t exactly been smooth sailing for quite some time.

In Norway, one county was recently fined for procuring interpreting services without announcing the tender; and a 2018 study highlighted quality issues (i.e., only a third of interpreters working in the public sector were qualified to perform the service).

The Danish National Police, meanwhile, had to deal with its share of headaches through the end of 2019, among them pushback over price. Farther back, Finland’s Hansel has also had to defend itself from the deluge of criticism over the way it handled government contracts.

Image: Turning Torso Building in Malmö, seat of residence for the Skåne Governor (landshövding) in the city of Malmö