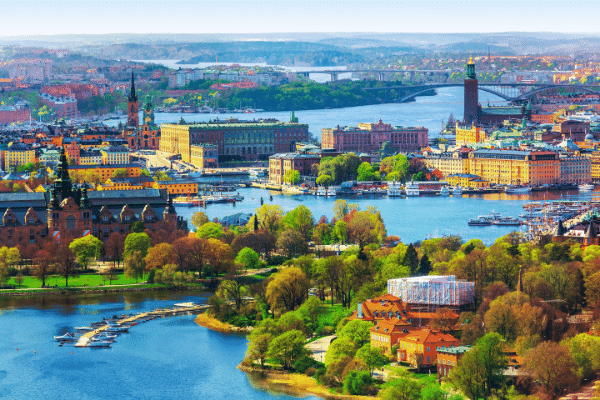 Sweden has started the search for one vendor to deliver interpretation services to the entire Stockholm Region. Contract price is estimated at EUR 59m (SEK 600m) for four years and will cover on-site, remote, and on-demand interpretation; the latter includes interpreting services for the Swedish healthcare helpline (1177). Deadline for submission of tenders is May 21, 2021, before midnight.

Proposals must be submitted electronically via the TendSign e-tendering platform and written in Swedish, with exceptions for single-word or -phrase accepted concepts, supporting tech docs, and the like as long as they are in English, Danish, or Norwegian.

Contracting authority is the Stockholm Region, which administers healthcare for the county’s 2.4 million residents, representing 25% of the Swedish population. Users of interpreting services under the contract include several medical facilities, such as the Stockholm County Hospital, and eight local authorities.

Interpreting services will generally be rendered in a healthcare setting, where the patient does not know enough Swedish to ensure their safety sans an interpreter. A small portion of assignments will have to do with county residents contacting government authorities.

According to tender documents seen by Slator, interpretation in such settings are typically consecutive (i.e., with one person speaking at a time); but there will also be other instances that require a whisper interpreter or conference interpreter.

The comprehensive RFP documents in Swedish — which include a couple of manuals on best practices plus usage statistics from the previous contract, define “four recognized competency levels” for interpreters summarized as follows:

The chosen supplier should also be able to provide interpreters trained to handle assignments from customers within a range of fields, such as Psychiatry, Children and Adolescents with Mental Illness (BUP), Torture or War Trauma, Forensic Psychiatry, Sexual and Reproductive Health, and so on.

‘Most Effective to Focus on One Supplier’

The RFP documents show that the Stockholm Region has live contracts with three different interpreting providers. In the documents, Stockholm stated, “It is most appropriate to procure a complete solution with one supplier who will be responsible for covering the interpretation needs of the entire Stockholm Region.”

They came to this conclusion based on their experience with the incumbents as well as the experience of several other regions. Stockholm authorities further noted, “It is considered most effective to focus on one supplier relationship” and steer the administration of the contract toward building that partnership.

The tender guidelines describe Stockholm’s desired relationship with their next supplier in great detail, including such points summarized as follows:

The latter requirement has to do with the dramatic shift in the delivery of Stockholm’s Interpretation Service in 2020. On-site interpreting was nearly wiped out, plummeting by 80% during the pandemic. However, total volumes remained high, dropping by only 15% from 2019 to 2020 — not surprising as most assignments managed by the Stockholm Region are related to healthcare.

According to Stockholm Region authorities, “The quality of the delivery during the contract period shall be increased by reducing the number of missing interpreters, late arrivals, and deviations as well as cases where interpretation assignments have not been filled.”

As such, supplier penalties make up a separate appendix in the RFP documents. Amounts range from EUR 10 (SEK 100) per instance — when an assignment is cancelled 24 hours prior — to EUR 200 if the interpreter does not show up to a meeting or is unavailable by phone or video remote interpretation.

Delivery delays are also penalized EUR 100 per instance if, for example, the interpreter is late by 15 minutes or more.

The contracting authority further requires its chosen supplier to maintain an on-demand service with a “maximum response time of five minutes […] all year round,” counted from the time the call is queued after initial voice response by supplier until the interpreter answers the call.