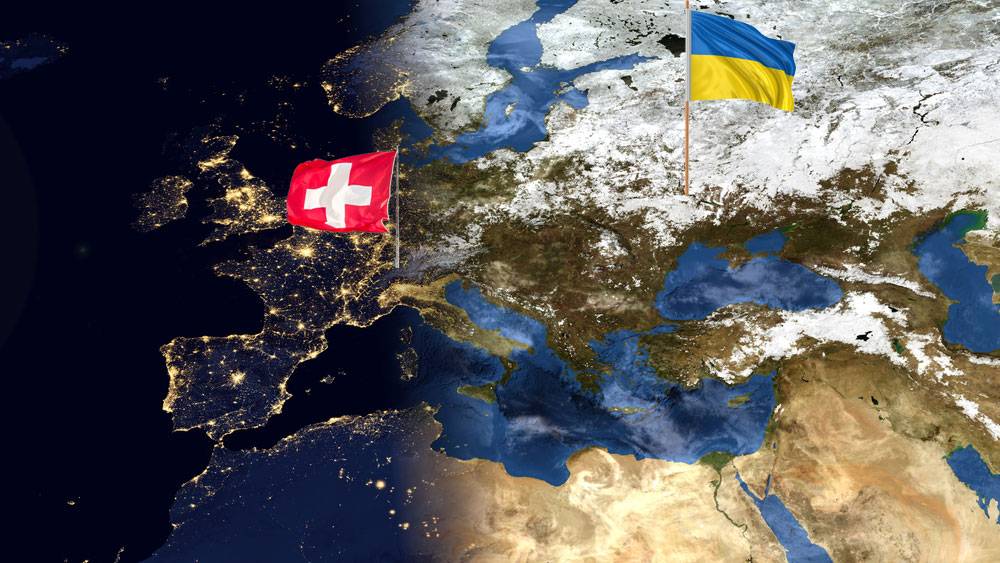 One launched his career in Singapore, the other, Ukraine. Former Asia expat and Swiss citizen Ben Hersche and Ukraine native Sergei Korniyenko were vastly different in the way they approached their translation careers. Today though, no matter where they are, some things about the global language industry stay the same.

Sergei was a senior at language school when he started working as a translator. It was 1996 and his first translation project was a microwave manual. It was followed by a chapter from a paperback novel, Conan the Barbarian. He recalls, in those days, “computers were a luxury in Ukraine and I was using lined pads for translation.”

It was also a time when dictionaries were available only by subscription and, Sergei says, one had to wait as long as six months to get the first volume (“A to K, I think”). He points out, “You had to be committed and passionate about translation to even begin working in the area.”

Ben, on the other hand, was assigned to Singapore by an employer in 2007, the same year he graduated with a translator’s diploma from the Zurich University of Applied Sciences. The employer was CLS Communication, where he worked for over three years as a German Translator for the company’s finance and banking clients. “I enjoyed living there, so, in 2011, I decided to set up my private limited company in Singapore. I have worked on my own ever since.”

Ben, who moved back home to Switzerland in 2015, says as a small company, he can “work with other freelance translators to cover languages such as English and French, or even Mandarin. As such, my capabilities, capacity, and range of services are much broader compared to working as a freelancer.”

He adds, “My idea was to use the time difference with Europe to offer 24-hour language services to clients in Switzerland and Germany. [So] I developed my own web portal for financial clients, called Translation Terminal, to facilitate project management across time zones.”

While Ben has positioned himself in the market as a company and works mostly with direct clients, Sergei is a freelancer who focuses on language service providers, a set up not unusual in his market. According to Sergei, “Ukrainian freelance translators are a very motley crew, but I don’t think I’d be mistaken in saying most of them work with LSPs.”

Sergei says being a freelancer is “much easier in terms of paperwork and accounting, unless I get a sizeable team to work alongside me.”

For Ben, “the contract with the client defines how jobs are handled. I outsource project management tasks to freelancers sometimes, [but] I also have clients who don’t allow me to outsource any work.”

Asked why he left the corporate world, Ben replies, “It was really because I wanted to get away from traditional structures. To offer translation services, all you need is a trained brain and a computer.”

Lots of B2C and B2B communications need to be edited even before translation starts. Fast-turnaround editing is just as much in demand as translation―Ben Hersche

Got to be fast, got to be nimble

According to Ben, his clients demand two things: fast turnaround and a high degree of specialization. Or, he quips, some clients just “want to work with me personally.”

Meanwhile, Sergei, who is fluent in English, Russian, and Ukrainian and has “localized over 200 apps and a good deal of websites,” specializes in mobile software and websites, marketing and tourism, and business and corporate legal text.

Sergei explains how he developed his niche: “I have always been a heavy user of gadgets and technology, and that’s how my first specialization developed.” Marketing, business, and tourism come from his minor in Business Administration and a tourist guide certificate; while corporate law comes from working eight years at a business that was involved in continuous litigation.

“If you’re enthusiastic about something, you want others to share your passion and joy. If you’re a translator, that passion intensifies, because you know how to communicate your ideas,” Sergei points out.

Another interest may trigger a new specialty for Sergei. “I’d like to expand into subtitling. It can be hard work, but I think it’s fascinating when you watch some great documentary, have others share your joy by translating it, and then get paid for your work.”

What the immediate future holds for Sergei though is to “specialize deeper” by learning basic coding.

Demand is not going away

Ben points out that, in Switzerland, there is a high demand for editing, in addition to translation. He says, “Think about it: Large Swiss companies have a huge translation demand in as much as four different languages. Usually demand is biggest for French and smallest for German. Why? Because most texts are written originally in German, the largest language region, and the French-speaking part is the second biggest language region, hence the biggest translation demand.”

He further notes that, during the publication process, lots of B2C and B2B communications need to be edited even before the translation starts. “That’s where we come in,” Ben says, adding that, in Switzerland, “Fast-turnaround editing is just as much in demand as translation, at least in my experience.”

Ben shares his numbers today: “I probably do only about 25% of actual translation work,” he says, recalling the nearly 100% translation work of his early days. “I spend 75% of my time on editing, either translations or German (marketing) publications.”

Ben finds that although “there’s definitely a demand for fast-turnaround language services” clients demand them “at no extra cost;” even as, in the case of Ben’s Swiss and German clients, “they really appreciate top-notch quality.”

Sergei agrees. He notes that, over the past three years, the number of service suppliers has increased and a lot of localization startups have emerged, which has “been pushing down the rates and heightening client expectations.”

Citing his rates as having increased by a very small USD 0.01 over the last two years, Sergei says, “My current clients are unlikely to offer more. I’m looking for better-paying ones now more aggressively than before.”

A lot of localization startups have emerged, pushing down rates and heightening client expectations―Sergei Korniyenko

Ben concurs saying, “I have been able to maintain the same price level for direct clients since day one” and that, in Switzerland, “my prices are in the normal range.” He points out that Swiss rates may seem high compared to other markets, but “this is true for all kinds of services in Switzerland.”

Sergei, asked about average prices in Ukraine, smiles, “Sorry, I can’t answer that. Other LSPs will be able to use that as leverage with my colleagues.”

How many tools can one person use?

Sergei has used various CAT tools throughout his career―from (“the inevitable”) Trados, to Déjà Vu and memoQ, “a bit of OmegaT, just for fun,” as well as Across, Swordfish, and Fluency. He says, “I ended up with Memsource,” and he has stuck to it for several years.

Sergei also uses MT systems, such as ProMT and Mth, “if warranted, by the project volume and type.”

He has used dictation “off and on for a couple of years,” but Sergei finds “a major hurdle” in the “inability to customize the ASR (automatic speech recognition) system.” He explains Dragon does not support Russian or Ukrainian, except in non-customizable, app-based versions. “So I do my best with Siri and Google and edit the rest,” he says.

Ben, meanwhile, uses SDL Trados Studio and, for one client, he goes on SDL WorldServer. He says, nowadays, he rarely uses an MT plug-in, but is familiar with Google Translate and MyMemory Plugin.

At times, Ben uses voice recognition and points out he has used Dragon NaturallySpeaking 13 “on and off in the last five years, and I’m amazed by how much it has improved.”

Sergei points out the trend now is for major companies to build a translation platform customized to their sales or CRM, something that impacts the translator when his “toolset choice can be severely limited by agency requirements.”

If a big firm successfully deploys AI-based tech, Sergei says, the ones who “jump on the AI wagon soon and can afford it, will become mentors to the ever-learning machines.” He qualifies, however, that the likelihood of this highly sophisticated AI is hard to predict.

For now, Sergei says, “CAT tools are likely to merge with MT and other corporate systems” to follow the trend of human translation work: greater specialization.

I feel sometimes that what translators need is not better tools, but a better eagle’s eye view on texts―Ben Hersche

Ben says he wishes a single CAT tool would win the race as it “would make collaborating with colleagues much easier. But it’s not a realistic thought.” He mentions the potential of online tools, such as Linguee or Reverso Context, which “weren’t primarily developed for professional translators, but they would need to be properly integrated into a market-leading CAT tool. The existing plug-ins still aren’t sophisticated enough in my opinion.”

Generally, Ben says, “I feel the importance of tools is a bit overvalued,” and although it is inconceivable to work sans tools, “I love it when clients do a great job on terminology management, which is especially useful for the company, or product-specific terms relating to a particular client.”

About CAT tools, Ben says, “they tend to cause tunnel vision,” especially while doing a lot of editing.

“I feel sometimes that what translators need is not better tools, but a better eagle’s eye view on texts,” Ben says. “Tools can make you feel that translation is a very mechanical task, which it is not―or is only to a limited extent.”