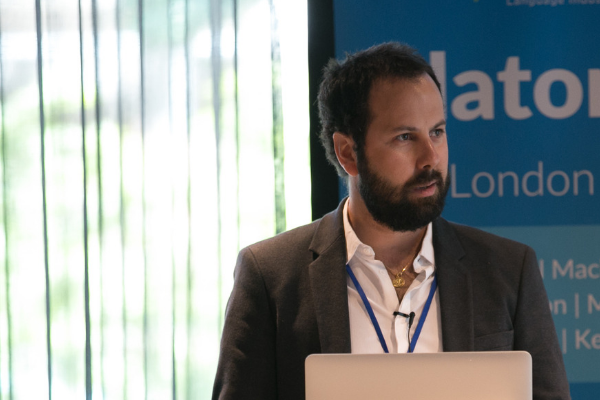 After years of acquisition-led growth, Paris-based Technicis is rebranding into the Acolad Group. The group comprises 12 companies, nine of which (Technicis, VO Paris, Cogen, Translation Probst, Arancho Doc, Soget, HL Trad, CPW, and Sémantis) will be folded into Acolad, while three (TextMaster, Telelingua, and AAC Global) will retain their current brands.

Asked why the entire group of companies was not part of the rebranding, an Acolad spokesperson told Slator that “these three brands enjoy a strong reputation in their sector and no decision has been taken so far. We want to take our time.”

As for the new name, the company said, “Acolad is an original word that evokes similar words in various languages” — such as accolade in English, accolade or acolada in French and Romanian, and accolade in French. The meanings of these words in each language (an award or privilege, a bracket symbol, or an embrace) apparently jibed with what the company wanted to convey.

Asked how the name should be pronounced in English, the spokesperson said, “The name Acolad is pronounced as it is read; so the sound is closer to the pronunciation of the French word than the English, ‘accolade.’”

Two and a Half Times Larger

The combined group’s pro-forma revenues for 2018 were EUR 117m (USD 133.87m), up 166% from last year’s EUR 44m (USD 50.3m). The actual figure as filed will be significantly lower because revenues from companies acquired in 2018 will be consolidated from the time of acquisition.

Despite that and the fact that rival LSPs were also shopping in 2018, Acolad will move up several spots in the 2019 edition of the Slator Language Service Provider Index. According to a press release, Acolad now employs over 800 employees in 14 countries. The company is majority-owned by French private equity firm Naxicap.

In the course of the group’s aggressive M&A strategy, a total of 11 companies were acquired over the years, with 2018 being the busiest year with four acquisitions: Textmaster, HL Trad (along with HL Trad’s previous acquisitions, Sémantis and CPW), Telelingua, and AAC Global.

In his presentation at SlatorCon London 2018, Acolad Group CEO Benjamin du Fraysseix, explained how M&A is a “painful and difficult journey,” but one that is ultimately “exciting and creates value.” In the same interview, du Fraysseix also stressed the importance of a capable and aggressive sales force.

In terms of business lines and client mix, the Acolad Group is fairly diversified, servicing a number of verticals. Geographically, however, the company is squarely focused on Europe, for the time being, with the exception of a small presence in New York and China that came with the Telelingua acquisition in July 2018.

As du Fraysseix more than doubled the size of Technicis in as little as 12 months, he has had his hands full restructuring and realigning the business. The company said, “clearer Group positioning and a simpler brand portfolio were essential to allow us to refocus on one strong brand.”

A unified branding and positioning is an important piece of any language service provider’s go-to-market strategy. However, the real challenge now lies in integrating the group companies’ various translation management and productivity systems, vendor databases, and other ERP infrastructure. Case in point: Systems integration was among the most important action items immediately post acquisition for Acolad rival LanguageWire, after the Danish LSP bought Xplanation.

That said, if du Fraysseix manages to integrate the company well, Acolad will certainly have the opportunity to emerge as one of the winners in a rapidly consolidating European vendor landscape.