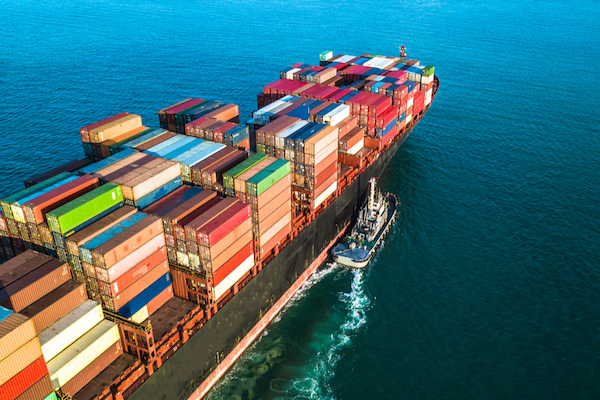 A group of researchers at the National Bureau of Economic Research (NBER) have written a working paper entitled “Does Machine Translation Affect International Trade? Evidence from a Large Digital Platform.” The NBER is a private, non-profit organization that performs and disseminates economic research and one of the most influential think tanks on economic policy in the United States.

The paper explains that as one of the most significant technological advances today, artificial intelligence (AI) is poised to impact work, trade, and the economy. However, “empirical evidence documenting concrete economic effects of using AI is largely lacking.” The study is one of the first to examine the material impact machine translation (MT), and AI in general, is having on trade and industry.

The paper by Erik Brynjolfsson, a Professor at MIT’s Sloan School of Management, Xiang Hui, and Meng Liu (© 2018 by Erik Brynjolfsson, Xiang Hui, and Meng Liu. All rights reserved) was published in August 2018. It looks at how eBay’s machine translation engines have affected international trade on the platform. This analysis is used as evidence “of direct causal links between AI adoption and economic activities.”

eBay has developed its own inhouse MT engines (eMT) for multiple language pairings. The study focuses on the English to Spanish eMT, which was introduced in 2014, and looks at its effect on international trade based on US exports.

The introduction of a machine translation system has significantly increased international trade on this platform, increasing exports by 17.5%

According to then eBay Staff MT Language Specialist Juan Rowda in an article he wrote for Slator in November 2016, “human translation is not viable” for the company. He said as of that writing, the company had 800 million listings of around 300 words each. “It would take 1,000 translators 5 years to translate only the 60 million listings eligible for Russia,” Rowda said, contextualizing the problem that eMT was meant to solve.

The NBER paper finds that “the introduction of a machine translation system has significantly increased international trade on this platform, increasing exports by 17.5%.” Although, using a number of different control samples, the results vary from a positive change of between 11.8% and 20.9%.

eMT is having more of an impact on products that are differentiated, cheaper, or contain more words in listing titles, and is particularly effective for less experienced buyers, the study also found. Another interesting finding is that consumers seemed to “benefit from eMT more than sellers do […] because consumers gain both from reduced language frictions and also from lower prices.”

The results in the research paper are consistent with other recent research, such as that of Johannes Lohmann in 2011 and Alejandro Molnar in 2013, who, according to the paper, “argue that language barriers may be far more trade-hindering than suggested by previous literature.”

eMT is not used for product categories, adverts, or other fixed areas of the webpages, but is specifically applied to searches. Buyers can search in Spanish, and eMT then enables eBay to match the search query to its listing titles, which are stored in English. From here, the eMT translates and displays the listing titles in Spanish, so the Spanish users only ever need to engage with Spanish content.

eBay’s previous translation solution for searches and item titles relied on Bing Translator, and the proprietary eMT system represents a “moderate quality upgrade”, according to the paper.

The researchers also analyzed the impact of eMT in Europe, based on British and Irish exports to France, Italy and Spain, and concluded that “the rollout of eMT in Europe confirms the finding that machine translation increases exports on eBay.”

Language barriers have greatly hindered trade. This is true even for digital platforms where trade frictions are already smaller than they are online

Overcoming language barriers is also high on the agenda for Europe’s efforts to create a Digital Single Market with the European Union investing millions into language technologies.

This year, the Human Language Project by the German Research Center for Artificial Intelligence (DFKI) is rallying support for a 10-year project worth EUR1bn, while around EUR5m in grant funding has been allocated for low resource language data and MT implementation.

In the NEBR paper’s conclusion, the authors note that MT “has made the world significantly smaller and more connected.”

Back to eBay. NEBR also found that MT afforded eBay a reduction in translation-related search costs, owing to improved translation quality, which increased search matching accuracy and the quality of titles of listings.

Compared to other potential applications of machine learning technology such as self-driving cars for example, the NEBR researchers say machine translation is relatively easier to implement. For this reason, its potential for fueling a rapid increase in trade is particularly significant.

The potential is even more pronounced given the sheer scale of ecommerce platforms such as eBay, which the paper notes “mediated more than 14 billion dollars of global trade among more than 200 countries in 2014.”

Frictionless, MT-powered commerce is certainly an interesting subject for companies like Amazon, whose awards and research have prominently featured neural MT and adjacent technologies.