Third Revolution in Language Is Upon Us and Will Impact Translators, Interpreters — EU 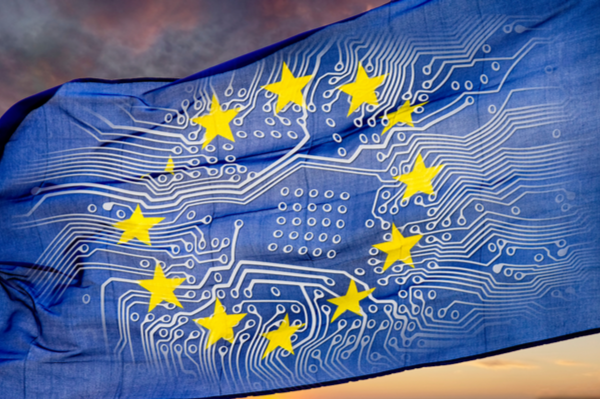 First launched in the 1970s, the International Annual Meeting on Language Arrangements, Documentation and Publications (IAMLADP) brings together users of conference and language services from around the globe. Its network of members comprises delegates from the EU, the UN, NATO, and the African Development Bank, among others.

In preparation for this year’s event, which was hosted by EU institutions in Brussels, Belgium from May 27–29, 2019, the host institutions authored a paper dated April 29, 2019 and entitled “New Technologies and Artificial Intelligence in the field of language and conference services.”

LTs and AI have had a “transformative effect” on language services, the paper said, achieved by enabling greater automation of tasks. Although productivity tools (CAT) have long been the de facto standard and are deeply ingrained in language production, “the future smarter CAT environment is yet to be developed,” according to the EU host paper. Tools can be lacking in user friendlessness (UX) and many do not integrate sufficiently with terminology, MT, workflow, and CMS systems.

“The future smarter CAT environment is yet to be developed.”

Machine translation, and NMT in particular, has become “an integral part of a linguist’s toolbox” in recent years, according to the paper. The paradigm shift achieved by NMT is a result of its ability to produce better quality and more fluent translation output.

Right now, “most EU translation services have integrated eTranslation in their pre-processing arrangements and provide NMT output to their linguists.” eTranslation, the EU’s MT service, is based on more than one billion sentences from the EU’s Euramis translation memories, which exist in all of the EU’s 24 official languages.

“Most EU translation services have integrated eTranslation in their pre-processing arrangements and provide NMT output to their linguists.”

Outside of translation, the application of LTs and AI within conference interpretation is still limited, however, and restricted to assisting with discrete tasks such as meeting preparation and key term prompts.

The paper also highlights the use of LTs and AI in the areas of terminology management, speech recognition, and conference management; for instance, in helping meet the challenge of programming “up to 1,000 interpreters’ assignments for an average of 40 meetings a day.”

There are several hurdles that will need to be overcome for LTs and AI to become even more useful in language production, the EU paper stated. Among them are the management challenge of helping alleviate fear and uncertainty around what these technologies mean for jobs; the current absence of well curated data for training; and the notion that a linguist’s translation and language skills could possibly degrade once they are no longer responsible for the production of a translation.

“LTs and AI ideally take over the mundane part of language professionals’ work.”

The EU, for one, is driving a number of operational developments to adapt to the shifting landscape. They created the role of Language Technology Coordinator in 2018 across all 24 EU languages, and have also set up an AI incubator, a CAT Network, and a CAT Helpline, which comprises a “group of translators and translation assistants who voluntarily provide peer-to-peer support across all language units, in collaboration with the IT Helpline and using the IT department’s issue tracking system to manage support requests.”

The paper underscored the EU’s commitment to LTs and AI, and goes as far as calling them “the third revolution as far as human language is concerned, after the creation of the alphabet and writing and then the invention of printing.”