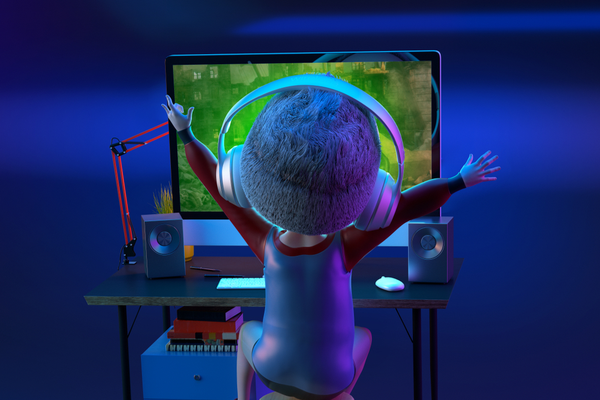 Google Stadia, Microsoft’s project xCloud, and Apple Arcade — some very big names have recently made news in the emerging arena of video game streaming, where gamers are offered a subscription-based platform to play without buying the actual game.

For gamers like myself, the rise of game streaming can free up to around 400 to 500 gigabytes of drive space; not to mention never worrying about buying the latest generation console or upgrading to the latest PC specs to meet the ever-increasing hardware demands of the newest games.

Game developers and publishers, meanwhile, no longer have to meet separate platform requirements across consoles like PlayStation and Xbox, or make sure their games offer the same experience across PCs that range from running minimum required to maxed out specs.

Subscription-based models also offer a cost advantage over the commission-based models often employed by video game marketplaces like Steam. So devs and publishers can potentially reduce distribution costs and increase margins, perhaps in exchange for higher spending on content, marketing, and gaming support.

In short, the prospect of game streaming is set to fundamentally change the nearly USD 138bn global games market. Just how will it impact game localization?

Netflix but for Games

The simplest way to define game streaming is the model is essentially Netflix, but for games. Instead of going to a physical store to purchase a game disc or to a digital store to download an installer, players log on to their game streaming account, choose the game they want to play, and, well, play. They no longer buy individual games. Instead, they pay to access a games library from platforms such as Google Stadia, Microsoft xCloud (or whatever it will be officially called), or Apple Arcade.

“Bursting onto the scene in the last months of 2018 has been the promise of streaming of video games” — Andrew Day, CEO, Keywords Studios

Bottom line: Game streaming is poised to do for games what Netflix did for media content, causing a domino effect of growing the addressable market of players, injecting a fresh supply of games to meet demand, and, we expect, also leading to more game localization.

First, if game streaming succeeds (more about limitations and challenges later), the market can expect even more game content. Think of it this way: Netflix licenses movies and series, but also produces billions of dollars worth of original content. And Google Stadia will do the same. Upon launch, it will feature three licensed games and has plans to develop its own.

Dominick Kelly, XTM International Client Solutions Manager for EMEA, explains how game streaming platforms generate more game content to translate: “Each platform, such as Google Stadia, will have specific content that will need to be localized to promote the game to the platform users; so more translation work.” He added that, in the case of Stadia, Google will be giving game developers who have never localized before a brand new go-to-market strategy.

Second: More games, more gamers. More importantly, games will generally be made more accessible. Previously, Triple-A games cost USD 60 a pop played on USD 750 consoles (or USD 1,000 over gaming PCs). With game streaming on a subscription-based model, anyone with a device that can run Chrome can play a big budget game. This greatly expands the addressable market for games.

On the flip side, game streaming is not a new idea. A couple of startups (e.g., Gaikai, OnLive) tried it a half-decade ago. While both were eventually swallowed up and integrated by Sony, they never became what Stadia or xCloud is trying to be.

The big difference now is how much technology and the Internet has improved over the years — and that such big tech companies are on the case. Google, Microsoft, Apple, all these names have, arguably, a better shot at making game streaming work, especially given its challenges.

One of the biggest concerns surrounding game streaming is the latency issue. For high-end multiplayer games, even a slight latency can sour the gaming experience. Additionally, Internet speeds across the world vary greatly. That is why the entry of big names made so much noise: if anyone can tackle the latency issue, it will be companies like Google or Microsoft.

From the developer side, some games will need to be repurposed and changed to fit streaming platform capabilities as they were meant for specific consoles or PC rigs. Moving forward, however, this issue is transitory; and if and when game streaming becomes as normal as downloading games from the Steam marketplace, developers will have had developed entirely customized pipelines for games they want to include in a game streaming library. Or at the very least, a way to port dedicated games to a cloud streaming platform.

Finally, no one expects that dedicated games not on streaming platforms will die out. Game streaming offers a new channel in addition to, not in replacement of, the current gaming scene. That said, if game streaming takes off and gains massive adoption, who is to say the next generation Xbox, PlayStation, or Nintendo console would be as marketable as previous ones?

“Bursting onto the Scene”

This all circles back to game streaming’s impact on game localization. How relevant is it? Relevant enough that half the market outlook in the latest financial results of Keywords, the largest game localizer, has to do with game streaming.

“Bursting onto the scene in the last months of 2018 has been the promise of streaming of video games or cloud-based gaming,” the outlook read. In the words of CEO Andrew Day, “the likely increase in demand for content driven by the arrival of games subscription and streaming services,” combined with overall service demand and acquisitions, positions Keywords for a strong full-year outcome.

The company sees game streaming as a major opportunity for new entrants like Google and Apple, while also bringing some short-term disruption. Keywords also recognizes that “few industry observers expect these developments in cloud-based gaming to displace the video game consoles and PCs, on which so many games are played, in the short term.” In the long run, however, Keywords expects this to change.

“Google’s launch of Stadia is a very exciting adventure for games developers and players, which we welcome very much,” said memoQ Global Marketing and Sales VP Bruno Bitter. “However, there should be much more thought put into the global audience for games and Google should work with the translation industry and companies.”

“With Google now firmly in play, I can only see more cloud offerings being created by the major publishers, and it seems Google could act as a new channel for indie publishers to reach a global forum,” said XTM’s Dominick Kelly. “This will mean more content for translation and a greater need for continuous localization. I don’t think consoles will be replaced by a browser, but web-based technology is the future, without a doubt.”

“This will mean more content for translation and a greater need for continuous localization” — Dominick Kelly, International Client Solutions Manager for EMEA, XTM

Kelly went on to explain how he sees platforms like Stadia affecting game localization: “The Google Stadia application will be hardware-independent for users’ devices, so content can be accessed on the phone, TV, the console, tablet, PC, or Mac via a browser. This will mean smaller content packages will be adapted, added, or edited at a higher frequency than before. So the localization and localization quality assurance process will need to adjust to manage this high frequency of change as well.”

For now, just the possibility of cloud-based game streaming has already affected shares at companies such as Keywords. As a Proactive Investors article pointed out, “With the coming dawn of Netflix-esque game streaming the shares seem to be mounting a recovery [after the ‘Fortnite effect’], with Keywords and Sumo having risen around 19% and 6.3% respectively in the last month.”