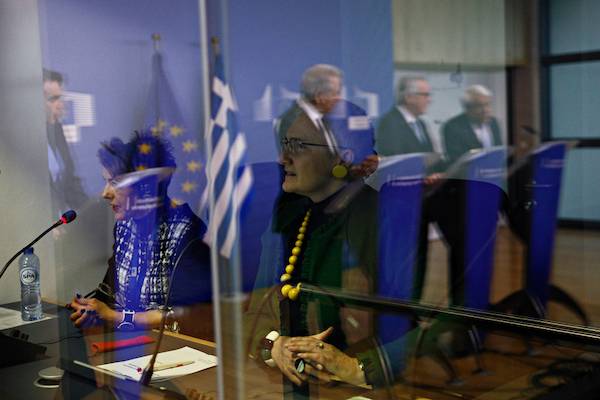 Back in May 2018, Slator covered preliminary research around CAI, specifically the automatic evaluation of when simultaneous interpreters would need help in their work. Several of those paper’s authors submitted their follow-up research to arXiv.org on April 1, 2019, entitled “Lost in Interpretation: Predicting Untranslated Terminology in Simultaneous Interpretation.”

PhD students Nikolai Vogler and Craig Stewart led the study with co-author Graham Neubig, Assistant Professor at Carnegie Mellon University, all of whom were among the five authors of the previous paper.

The system proposed by this research, which can potentially be added to CAI as a feature for simultaneous interpreters, provides terminology assistance only when needed.

The system predicts when a term in the stream of spoken source words might be left untranslated by the interpreter. It then assesses whether the term is left untranslated because it is irrelevant or because it is difficult. In the latter case, it offers assistance in the form of targeted terminology translation suggestions that do not distract the user.

According to Neubig, the method from this latest research directly follows from and is meant to be used in conjunction with their previous one. “Assistance with terminology, or other difficult-to-translate words, was our original goal, and the quality estimation work was meant as a tool to give better terminology assistance,” he explained.

He noted how “during discussions with our simultaneous interpreter collaborators, they were very concerned that CAI systems would be a distraction when added to their workflow.”

The researchers are currently collaborating with interpreters to set up a user study of CAI embedded with their terminology assistance method. “We would also be very happy to hear from other individual interpreters, interpretation groups, or interpretation schools who might be interested in participating,” Neubig said.

While Chinese giants like Baidu are proposing ways of simply using automatic interpretation directly, others are in hot water for faking it. All these companies insist that their efforts are not meant to replace but assist interpreters; and they have uses quite separate from simultaneous interpretation.

“No one can predict exactly where this technology will be in 5, 10, 20 years,” Neubig said. He pointed out that, despite their rapid progress, these technologies are still prone to “fatal errors” where output is rendered incomprehensible or, arguably, worse, and where the output is the opposite of what is intended.

“Humans, on the other hand, are remarkably robust with respect to this, and they also are good at ‘fudging’ when they don’t know how to do something. They won’t just brazenly output a wrong translation,” he said.

While Neubig said “there is no way” he would trust a machine in the high-stakes situations navigated by simultaneous interpreters, he admits machines have their uses. “I think it’s great that companies are working on it and productizing it,” he concluded.

The bottom line is how helpful this new terminology assistance method can be to those actually working in the field. Slator reached out to a few interpreters as well as expert interpretation researchers to gain more insight.

Alexander Gansmeier, Jonathan Downie, and Alexander Drechsel, interpreters who host the podcast Troublesome Terps, took a look at the research and had this to say: “CAI technology offers exciting possibilities for revolutionizing interpreting in the same way CAT tools revolutionized translation. The weakness of many of the tools developed so far is that they are based on an erroneous view of interpreting, which ignores research on interpreters making deliberate decisions to omit text, add explanations, or adjust their output.”

According to Gansmeier, Downie, and Drechsel, “predicting difficult terminology and offering suggestions on the fly is a fantastic idea and the [research] team seems to be well on their way to achieving that. However, with the testing done so far, it is difficult to know how well it will perform under real-world conditions.”

They also urged the researchers to look into work done on interpreter omissions and decision-making by names such as Jemina Napier, Anthony Pym, Cecilia Wadensjö, Graham Turner, and Ebru Diriker.

“The technology is unlikely to become truly useful until researchers involve experienced interpreters all through the process, and look to understand modern views of interpreting,” they said.

The Way to Go

Anja Rütten, Conference Interpreter and Lecturer at the Technische Hochschule Köln, and Claudio Fantinuoli, Lecturer in Translation and Interpreting Studies at the Johannes Gutenberg-Universität Mainz/Germersheim, both said the research was “very interesting.”

“I find this research paper highly relevant. The whole human-machine interaction in interpreting is very interesting as it becomes very clear how humans and computers have different strengths that can complement each other,” Rütten said.

She added, “Identifying difficult terminology and providing suggestions for possible translations with high precision and recall is a good example where computers can support interpreters in a well-defined area they are probably superior in; thus leaving more of the human’s cognitive capacities to grasp the context, purpose, and meaning of the message to be interpreted — which is the task [better suited to] humans. I would be very interested in the user study outlined in the conclusions.”

According to Fantinuoli, who is also the brains behind InterpretBank, a terminology and knowledge management software for conference interpreters, “The paper presents a very interesting approach. There is still a lot of work to be done to have the first CAI tools with a higher degree of ‘intelligence,’ but this is the way to go.”

“Identifying difficult terminology and providing suggestions for possible translations with high precision and recall is a good example where computers can support interpreters in a well-defined area they are probably superior in.” — Anja Rütten

Rütten said it was noteworthy that the researchers think numbers and nouns are the most suitable items to identify. She pointed out, “In my recent study about simultaneous interpreters’ booth notes, half of the terminological records were nouns indeed — and more than 25% acronyms, which would be another interesting category to investigate. My study also showed that over 70% of the terminology noted down was written in one language only, the target language.”

She added, “A matter to be discussed could be if difficult target language terms suggested by a computer might be sufficient for interpreters to trigger their memory.”

As for Fantinuoli, he said that to make the new method more suitable for real-life situations, “the prediction should be extended to other key variables, such as the interpreter’s performance in the preceding time window (e.g., decalage, difficulties that arose, adopted strategies) and the interpreter’s idiosyncrasies (previous knowledge, event preparation, etc.).” He added, however, that it was difficult to actually identify and detect these variables.

Fantinuoli said it is “fascinating to think ” that this method does not need a pre-elaborated glossary; which meant that, potentially, any word could be translated. “However, this assumption is a bit naive because terminology is always context-based, meaning that there are as many translation candidates as there are subjects, clients, and so on,” he added.

Another point Fantinuoli raised is that unlike in CAT, where the translator can make an informed choice on the proposed translation provided, interpreters do not have that window; they cannot post-edit. “If something is presented to the user, then the interpreter should 100% rely on it,” he said. Fantinuoli mentioned that at the University of Mainz they are working on a way to increase the level of reliability of proposed translations.

In terms of productizing these solutions, he noted a challenge “underestimated by many,” which is that these technologies will often be cloud-based, posing confidentiality issues especially for the high-stakes settings in which simultaneous interpreters often work.

Asked to suggest helpful directions for research, he said that “generally speaking, research in the field of interpreting should focus more strongly on data.”

“It should be the task of interpreting-oriented studies to empirically research it with corpus linguistics analyses, machine learning and, of course, field experiments. The data is there. We should start to ask the right and useful questions, and research it,” Fantinuoli said.