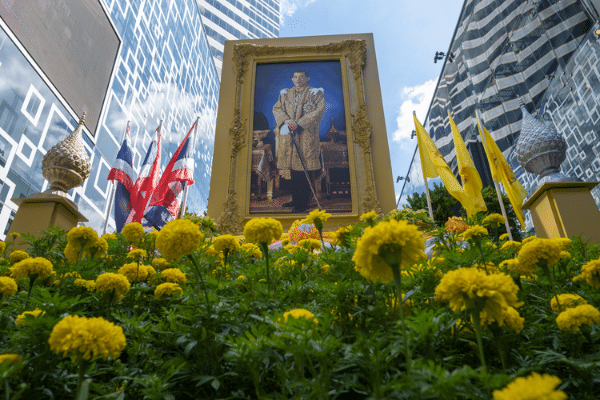 After a machine translation of a post from English into Thai about the King’s birthday proved offensive to the Thai monarchy, Facebook Thailand said it was deactivating auto-translate on Facebook and Instagram, revamping machine translation (MT) quality, and offering the Thai people its “profound apology.”

Thailand is known for its stringent lèse-majesté laws and violators can be imprisoned for up to 15 years for negative statements about the monarchy. As a result, the Thai press has avoided publishing the offensive translation or stating exactly what it was.

A July 28, 2020 post about the King’s birthday on the Facebook page of the Thai Public Broadcasting Service (Thai PBS) was auto-translated from the English: “[Live] Candle-lighting ceremony to celebrate the birthday of HM the King on July 28, 2020 at 6.45 PM.” (Here is the same message posted in Thai on Thai PBS’ YouTube channel.)

After being run through Facebook’s auto-translate feature, the short, innocuous message turned into such an offensive post that it caused the country’s Ministry of Digital Economy and Society to fire off a letter to Facebook Thailand and Singapore, telling the social media giant to take responsibility for the snafu.

The Royal Thai Police launched an investigation into the issue after Thai PBS filed a formal complaint with its cybercrime division. The MT snafu got a fair amount of coverage on Thai mainstream media, which has been reporting on the government’s efforts over the past half-year to deal with violators of the country’s Computer Crime Act.

Daily newspaper Khaosod quoted cybercrime commander, Col. Pichet Kumpeeranon, as saying, “We’re collecting evidence and investigating those who intentionally shared the wrong translation.” The same newspaper added that they are “not allowed to publish the [offending Facebook translation] in full.”

Bangkok Post reported that Thai PBS came under fire from viewers over the mistranslation, but that the network corrected the Facebook post once it was made aware of the mistake.

The same report said that, thus far in 2020, the Thai government has received cybercrime-related complaints about more than 8,700 URLs in total — and the courts have issued orders against over 7,000, most of them related to social media posts.

Hard-hitting political paper Thai Examiner pointed out, “Although the basis for the [Facebook] complaint is a technical malfunction, many onerous legal provisions in Thailand are ones of strict liability including many offences under the Computer Crime Act of 2017.”

Even Malaysia’s New Straits Times reported on the matter, quoting Digital Economy and Society Minister Buddhipongse Punnakanta as saying, “Facebook gave little cooperation although it operates a service in Thailand and Thais generate fruitful benefits to the company.”