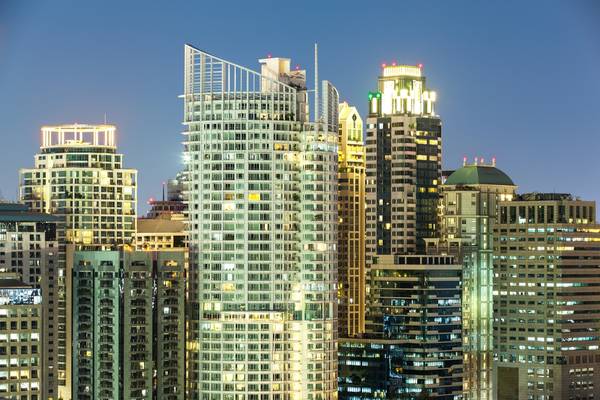 With the rapid advance in technology, even real estate companies have to reinvent themselves on the fly. Siri Ventures, a corporate venture capital company backed by Sansiri, one of the biggest real estate developers in Thailand, has joined the growing number of companies betting big on smart home applications.

Sarunya Aroonsirichoke, Product Manager at Siri Ventures, told Slator in an email interview that the reason for this is that the company has gone beyond selling just properties.

“What we are offering also includes experiences, lifestyle, convenience, privileges, and peace-of-mind,” she said.

Sansiri has developed over 200 residential properties in Thailand since 1984. Siri Ventures, which also supports construction technology startups, introduced the Sansiri Home Service Application eight years ago as an added service for customers. The app was relaunched in 2018 to incorporate more advanced features.

For residents in many Sansiri properties, the app has many uses. It serves as a personal assistant — they can check the construction status of their units and receive reminders on installment due dates. When they move in, they are notified when parcels or letters are delivered. Through the app, they can request a cleaning service or book facilities such as the spa room or the co-kitchen space. Home automation features allow them to turn on the lights and air conditioners.

To make it easy for overseas customers to navigate the app, the international business department of Siri Ventures provides a team of translators to customize the app into other languages.

“For each language, we mainly translate the feature names and section titles so that the users understand and are able to choose the functions,” she explained. “We also offer announcements and article sections. The availability of different languages for these writings depends on the targeted audience of the content.”

Currently, most articles are written just in Thai and English. However, Aroonsirichoke said they plan to do more translations in Chinese and Japanese as the number of Sansiri’s foreign residence increases.


“For application icons and features, it makes sense to do human translation as there are not too many words for the application and the words are very specific, which machines are not very accurate in conveying,” she explained.

Asked to share some of the challenges Siri Ventures had faced in localizing an IoT (Internet of Things) application, Aroonsirichoke said it is mainly about the need to constantly upgrade and add new features.

“As we introduce new items, we have to also deal with the translations for each language to keep up with the new features,” she said.

A Nikkei Asia Review report estimates that “since 2015, Chinese buyers have poured THB 330bn (USD 10bn) into condos, equivalent to the combined investment from buyers from Japan and Singapore.”

The report added that “Japanese and Singaporean — the two other top foreign home buyers in Thailand — contributed about $8 billion and nearly $2 billion, respectively.” Hence, Sansiri’s focus on making the app available in Chinese and Japanese.

Aroonsirichoke, however, revealed that while the Sansiri app is available now only to owners or residents in Sansiri properties, Siri Ventures has plans to white label the application and make it available to any real estate company that is interested in the service

This will broaden Sansiri’s reach and pave the way for more features and more languages.

The use of technology in real estate is also fast gaining ground. Forbes published an article in January, which listed the top technologies that will start to see wide uses in the property sector, including virtual reality, artificial intelligence, analytics, blockchain, and deal management platforms.

Beyond buttons on the screen, the Sansiri Home Service Application also includes a voice command function, allowing users to command their home by voice. However, this is currently only available in Thai.

Siri Ventures has partnered with an AI voice command vendor to develop this service from scratch, according to Aroonsirichoke.

“They can talk to the app, ask the app to turn on the light or ask the app if there’s any pending bill payment in a very natural way. Our team has worked closely with Thai natural language processing startup to make this happen,” she said.

The app currently runs on iPhones, Android phones and Apple Watch but in the future, Aroonsirichoke said it may be also available on smart speakers like Google Home and other smart appliances.

It may be still early days for Siri Ventures in the voice department, but enterprise applications for speech recognition and natural language understanding are fast gaining ground.

At the IFA Berlin 2018 Consumer Electronics Fair early this month, Amazon revealed that more than 20,000 smart home devices have already been built with its Alexa voice service, a five times increase from 4,000 at the end of 2017.

Daniel Rausch, VP of Smart Home at Amazon, also revealed in his IFA keynote that more than 3,500 brands have started building Alexa-connected devices with the Smart Home APIs and development tools.

The recent announcement of Mozilla in asking people to donate recordings of their voices to an open repository to be used as production-quality voice data for training new applications is proof that even the open-source community is contributing to the effort to advance the technology.

The tech media, including Slate, reported in June 2018 that the next Mozilla browser may be even controlled by voice.