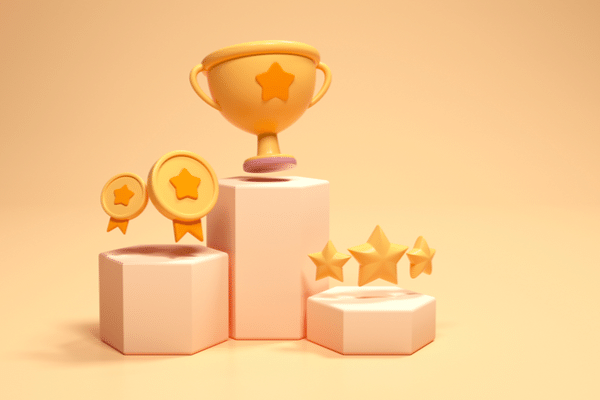 The year 2021 has been an extraordinary roller-coaster as the world adjusted to a new normal of travel (and other) restrictions against a backdrop of a powerful economic recovery. The language industry once again proved its essential role in facilitating global commerce. Big-name acquisitions are one vote of confidence, as are the growing job opportunities — and, we found, appreciation — for linguists, in fields ranging from Big Tech to gaming and beyond. What follows is a selection of Slator’s top stories curated from a list of our most read articles.

In a sign of the times, one of Slator’s most-read story of 2021 brought international attention to an August 2020 Polish lawsuit that turned existential. As expert witness Wojciech Woloszyk wrote in a February 2021 article on the case, simply receiving payment for a translation does not make someone a professional translator.

In its ruling, the court concluded that, by definition, the individual hired by a language service provider (LSP) to translate a book — a fifth-year Computer Science student who post-edited Google Translate output for 92% of the text — could not be considered a professional translator.

For qualified linguists, traditional translation jobs abound, but Big Tech is also buzzing with new opportunities, many of which couple strong language skills with an interest in engineering, machine learning, and NLP. Another top performer among the most-popular stories of 2021 included a sampling of new job listings from some of the biggest household names, including Google, Apple, and Tencent.

Meta (formerly known as Facebook), for example, needs language managers to help WhatsApp feel more “local” in 180 countries. In addition to auditing translations, Amazon’s product managers ensure culturally relevant marketing and content for a specific country or market, with the goal of increasing customer adoption of available resources in their preferred language.

3. Google Translate ER Discharge Instructions At Your Own Risk

A study published in the Journal of General Internal Medicine in March 2021 concluded that the quality of Google Translate output is currently too inconsistent to be used for personalized instructions given to patients leaving the ER.

The team machine translated discharge instructions into seven languages, and asked bilingual community members — not professional translators — to evaluate them. Quality varied significantly by language, with accuracy rates as low as 55% (Armenian) and 67.5% (Farsi).

Interestingly, community volunteers’ assessments for Spanish and Chinese (rated most accurate at 94% and 82%, respectively) were almost identical to those of professional translators in previous studies.

TransPerfect CEO Phil Shawe declined to share specifics of the deal, but told Slator that at the time,  Semantix was on pace to generate USD 87m in revenue for 2021, and that “the multiple exceeds 1x revenue.”

Semantix was integrated as a division within TransPerfect, while keeping on its more than 300 staff members in 14 office locations across the Nordics. Building on Semantix’s December 2020 EU deal win, TransPerfect also planned to expand into the public sector and to grow the combined organization’s interpretation offering.

When Slator covered “secretive” Cologne, Germany-based MT company DeepL in September 2021, DeepL was the 146th most visited website globally based on Alexa and more than a billion people had used its services for translation in 28 languages.

Originally founded in 2017, the company shifted its business model in March 2018 from ad-generated revenue to enterprise subscription-based MT, an enhanced and more secure iteration known as DeepL Pro, for clients including Best Buy, Nokia, and Siemens.

Observers have noticed DeepL’s progress, including Silicon Valley VC firm Benchmark Capital, which took a 13.6% stake in the company in 2018. DeepL announced in a February 2020 blog post a new breakthrough that would result in more precise target text. But DeepL’s new mission statement, to become Europe’s leading AI company, seems to imply that the company has set its sights beyond MT and on other AI language applications.

6. Good Luck Getting This Work Done Without a Translator

Lest any readers forget the humans involved in the language industry, Slator explored in October 2021 roles in which translators will always be a must-have. Creative work, such as literary translation, subtitling, and transcreation, has long been acknowledged as the domain of human translators — and rightfully so.

But MT also relies in large part, both directly and indirectly, on professional translators. Their work forms the source of MT training data, and they review and refine the output. Perhaps most topically in 2021, as the lexicon of Covid-related terms grew in languages across the world, translators also work as terminologists, helping to identify or coin target terms, or to decide to leave terms untranslated.

7. Zoom’s Second-Ever Acquisition, “Kites,” is an Investment in Speech Translation

Zoom’s strong interest in Kites’ speech-to-text translation (STT), in which speech is first transcribed and the resulting text then translated into the target language(s), has also led the company to “explor[e] opening an R&D center in Germany in the future.”

The investment quickly paid off. At its annual Zoomtopia conference in September 2021, Zoom unveiled plans to introduce live, multi-language transcription and translation for calls (for a fee) starting in 2022.

With new job opportunities popping up in Big Tech (see above) and other fields (see below), college students might do well to consider adding translation to their course loads. Starting in the 2022 academic year, Yale University students will be able to do just that.

The Ivy League university’s new Translation Studies certificate program, the culmination of two years of work by the Yale Translation Initiative, has reportedly received “unanimous” University support. The program will be open to undergraduate and graduate students of any major. Capstone projects can take the form of 40 hours of community service (e.g., legal internships, asylum cases); a scholarly article; or an original translation of a text.

9. Checking In On the New Apple Translate App

Rounding out our Top 10 is Slator’s June 2021 tour of Japanese game translation, a world in which translators might not appear in the credits but can have tens of thousands of loyal followers on social media.

Other professional translators hope that highlighting industry-wide issues, such as perpetual NDAs and a lack of visibility, on international platforms will help effect change, as advocated online by certain higher-ups on the client side.