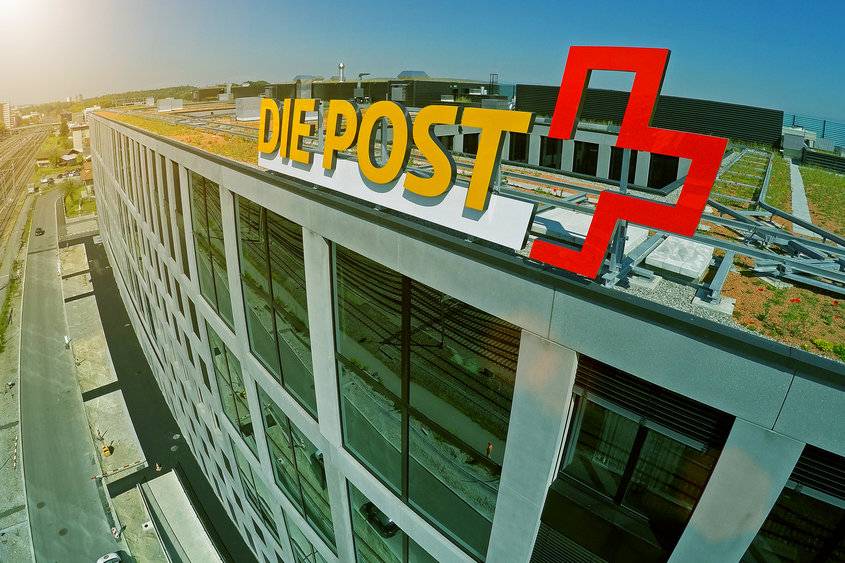 With nearly 63,000 employees, Switzerland’s postal service Swiss Post is one of the country’s largest employers. In 2014, the company, which is fully owned by the Swiss Confederation, delivered an online-age-defying 2.2 billion letters and 112 million parcels. In the same year, the Group generated revenues of more than USD 8bn and profits of over USD 600m. In addition to its core mailing business, Swiss Post also owns PostFinance and operates a network of Postbuses in the country’s rural and mountainous areas.

Almost everyone who lives in Switzerland is a customer. Swiss Post operates nationwide, across the country’s language borders, and has a mandate from the federal government to guarantee a universal service.

Being close to customers and communicating effectively with its diverse staff is a challenge in a country with four official languages (German, French, Italian, Romansh) and a significant expat population who often prefers to communicate in English.

We reached out to Swiss Post’s Head of Language Services, Martina Bellodi, for an exclusive interview packed with insights interesting to language service providers and buyers alike.

Slator: Thanks for taking the time for this interview. Please tell us a little bit about yourself and what brought you to Swiss Post.

Bellodi: I joined Swiss Post in August 2009. Prior to my role there, I worked as a freelance translator and language teacher. My first role at Swiss Post was as translator and project manager. I then took on the role of Head Translator and Head of the Italian Language Group. Later, I transitioned to a role as Head of Customer Management and IT and, in May 2014, was appointed Head of Language Services.

Slator: How is the Language Services unit positioned in Swiss Post’s organizational structure and how big is the team?

Bellodi: We belong to the Communication unit, and our group has 31.5 FTEs.

Slator: Can you tell us more about the Language Services unit’s budget, structure, and service portfolio?

Bellodi: Language Services is a so-called service unit. We are funded by providing services like translation, proofreading, interpreting and language consulting to other business units and then charge those services back to our “internal clients”.

Our revenues are in the single-digit millions in Swiss francs. In addition to paid services, we are also tasked with a number of other important strategic functions. For example, we ensure the correct use of Swiss Post’s corporate language by carrying out terminology work, evaluate the latest language technology solutions available in the market, liaise with our pool of vendors, and drive process innovation according to ISO standards.

Slator: How much of your budget goes toward buying services from external language service providers?

Slator: What is the annual translation volume handled by Language Services?

Bellodi: I estimate it to be around 14–18 million words per year.

Slator: That is a lot. Can you break it down in terms of language combinations?

Bellodi: Of course. Roughly half the volume is translation from German into French. Around one-third is German into Italian, with German into English at around 10%. French, Italian, and English into German are in the low single digits. We translate relatively little into German, as most content is written in German. However, much of the content that is produced in German is reviewed and proofread by staff from Language Services.

Slator: How many external language service providers (LSPs) are you working with and how did you select them?

Bellodi: We work with a small number of LSPs. We selected them through an open request for proposal process in compliance with the guidelines set by the World Trade Organization.

Slator: Can you talk a little bit more about how you work with the LSPs?

Bellodi: We buy most of the translations from our external partners and focus internal resources on quality assurance. However, we do deploy internal linguists for translations of short or very urgent texts (for example, social media content) and highly confidential material.

Slator: Do you also work directly with freelance translators?

Bellodi: Yes, we work with a small group of highly qualified freelancers, who are all very knowledgeable about Swiss Post. We see them as external Swiss Post staff, and they share the same access to systems and responsibilities as internal employees.

Slator: What about language technologies ― which tools do you use?

Bellodi: We work with SDL Studio 2015 as a CAT tool. In terms of ERP workflow, we use a proprietary system that was developed in close collaboration with Swiss Post’s IT department. The system is integrated into the company’s intranet environment and allows for automated invoicing in SAP.

Slator: Do you use machine translation (MT) and have you integrated post-editing into your production process?

Bellodi: Not yet. But we are launching a pilot toward the end of 2016. The pilot’s two main objectives are to support translator productivity through machine translation and to create an MT portal, which can be used by all Swiss Post employees to translate short texts. The portal is intended to be a secure, in-house alternative to free, web-based MT services.

Slator: Who supports the Language Services unit in terms of IT?

Bellodi: Swiss Post employs over 1,500 IT specialists and runs one of Switzerland’s largest internal IT units. So you could say we are safe on that front. On top of that, Language Services has internal resources for CAT-tool user-support and to drive strategic technology projects that are important to our unit.

Slator: What’s your take on how technology will shape the translation and language services space in the coming five years?

Bellodi: I see that exponential growth in the amount of available data and the trend toward just-in-time communication will drive differentiation. On the one hand, providing short-cycle, non-critical content on the fly in multiple languages will get easier and more cost-effective thanks to crowdsourcing, machine translation, and other technologies.

On the other hand, high-end content, where quality is key, will fuel demand for experienced, professional translators, whose services will increasingly resemble those of a copywriter. Technology, however, will be essential in both areas.

Slator: Are you currently evaluating some of the newer, cloud-based translation management systems?