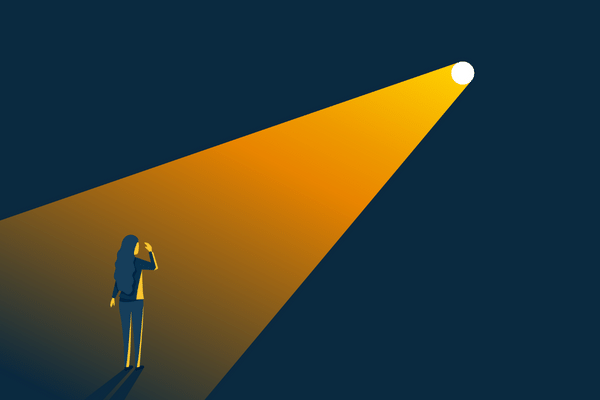 Many language service providers (LSPs) and tech providers continued to hire in 2022. The Slator Language Industry Job Index (LIJI), which was developed to track employment and hiring trends in the global language industry, climbed to its highest-ever level in November 2022 since its launch in July 2018.

In a press release, Appen Chair, Richard Freudenstein, said, “As we scale Appen to its next phase of growth, the board felt it was important to appoint a successor with deep technology expertise in international markets.”

On October 14, 2022, GLOBO announced the hiring of Jim Pastore as its Director of Customer Success. Pastore brings over 24 years of experience in the language services industry.

Pastore’s key focus will be leading GLOBO’s growing customer success team and serving as a mentor to the sales team.

“I’m thrilled to join GLOBO and help champion the importance of using highly qualified interpreters during each step of the patient’s journey,” said Pastore. “Together, we will continue simplifying language access for health systems and moving GLOBO forward in the healthcare space.”

As CRO, Ley will lead the Sales department and will be leveraging her customer-first mentality to “explore how XTM can be an even better partner, reduce any pain points, and increase visibility and transparency with customers to further enhance their overall experience.”

The Lilt Ops Director sees the significance of the global experience and localization continuing to grow through 2023, “so products that delight customers, support scale, and drive cost efficiencies will be at an advantage.”

LSPI Challenger and New York-based LSP, LinguaLinx, named Andres Ravello Head of Localization on September 26, 2022. He reports to Jonathan Smith, LinguaLinx COO. Ravello is responsible for Operations, Production Team Leads — who, in turn, oversee Project Management teams in the US, South America, and Europe — as well as Technology and Vendor Management.

The LinguaLinx Head of Localization also sees new TMS options emerging and a lot of interest from investors to invest in the space. He added, “Technology is evolving, but slowly. I would love to see a truly disruptive technology…like how we thought MT would be some years ago.”

Kramer has over 25 years of experience managing private equity and venture-backed companies focused on digital transformation, marketing, and technology, most recently with White Glove and Knowfully Learning Group.

The announcement came a year after an investment from Lightview Capital, a leading private equity firm focused on enhancing MotionPoint’s growth and strategic positioning. Kramer is tasked with further expanding MotionPoint beyond its core translation technology and solutions into new markets and capabilities.

Spain-based AI-enabled LSP, Pangeanic, appointed Jason Dykes Director of Marketing on September 1, 2022. Working out of the company’s home base of Valencia, Spain, he reports to Manuel Herranz, CEO.

Dykes points to “the increasing amounts of data, automation, and globalization” that are crucial to keep business moving forward as one reason why the language industry remains vibrant. And this will continue into 2023, which he sees as “challenging, but full of opportunity!”

Big Language Solutions (BIG) has announced the appointment of Dick Surdykowski as CEO. He takes over from Jeff Brink, erstwhile CEO of the Atlanta-based language service provider (LSP), who described Surdykowski as “a process-oriented leader with a long history of managing sales growth.”

Surdykowski, whose official first day as CEO was on August 29, 2022, joined BIG after more than three decades in the commercial facilities and IT industries. He sees the global language market as “large, growing, and fragmented,” and said that among his key initiatives over the next year or so is to “clearly understand our strengths and opportunities, then build and execute strategies around both to enable sustainable, profitable growth.”

Hudson joined Eriksen in 2018 and serves as a member of the company’s senior leadership team and head of the client services department.

On August 2, 2022, the VSI Group announced the appointment of William Russell, formerly the General Counsel for the VSI Group, as the new Managing Director of VSI London.

Cornelia Al-Khaled will now focus solely on her role as Group Operating Officer as the company continues to optimize its client experience and high-quality offering.

As director of the strategic design, management, and implementation of Akorbi’s technology functions, he will be responsible for driving innovation in application development, social engineering, data analytics, and cloud platforms.

With this reorganization, the European leader plans to expand its footprint in North America.

On July 27, 2022, RWS announced the appointment of Julie Southern as Chairperson Designate, Non-Executive Director, and member of the London-listed company’s Audit Committee.

According to an RWS filing, Southern will take the helm from Andrew Brode, current Non-Executive Chairman, from October 2023. Brode, who has led RWS for almost three decades, will then become Non-Executive Director.

London-listed RWS added British finance expert Candida Davies to its board and executive team as Chief Financial Officer, the company announced on July 5, 2022.

Davies has an extensive background in the healthcare and health technology industries, including positions at global giants Reckitt Benckiser Group, Eli Lilly and, most recently, as Head of Finance in the Personal Health Division of Philips.

About her appointment, Davies said she is looking forward to joining RWS and working with the leadership team on the company’s medium-term growth strategy.

Stillman Translations announced in June 2022 that it is now a member of the companies owned by White Knight Capital Management.

“I am confident that Brogan’s ambitious strategic vision and Carolina’s experience and passion will continue to accelerate the company’s growth and innovation for many years to come,” said founder and previous CEO Hugo Rizzi.

On June 28, 2022, Phrase announced the hiring of Edmund Ovington as General Manager, North America, where he will lead a growing team, building on strong momentum in the region.

Ovington brings significant industry and SaaS growth experience, having been a key executive at Unbabel in a variety of sales and channel leadership roles, and previously led teams at Microsoft, Yammer, Beem, and Percolate.

Asked what makes the industry so resilient, she replied that rather than being a nice-to-have, language services are “a critical requirement for companies and it’s coming to the forefront more as senior executives realize their biggest asset (their customers) is best served by speaking their language.”

In addition, Bers believes that organizations such as Unbabel, which had invested significantly in AI, will “better withstand the challenges of the market and even grow, while those that have more expensive, manual solutions will find it difficult to be able to provide the cost-value balance.”

On the rationale behind his hiring, Rinsche said, “Among other things, I was brought on due to my significant experience in regulated industries such as healthcare and the financial sector. We have already made inroads in both and I look forward to expanding further there.”

Prior to joining the MT startup, Rinsche worked in a diverse range of sectors, including finance, food service, biotech, and government, aside from spending over a decade in the language industry. He most recently served as CMO at financial intelligence and software provider, Sayari Labs.

Ell brings more than 15 years of experience in the technology sector, having previously held senior leadership roles at Tesla, Yammer, and Microsoft.

On May 16, 2022, the French AI agency Systran announced the appointment of Vincent Godard as President and CEO.

Godard had served as Systran’s VP of Operations for EMEA–APAC between 2009 and 2013. Since then, he has taken on commercial and operational management roles at such companies as IBM and PeopleSoft / Oracle, as well as several French startups.

“I am delighted to have the opportunity to join Systran again, a real tech gem,” Godard said in the official announcement. “For more than 50 years, the Machine Translation market has experienced several technological breakthroughs and Systran, which was the pioneer, has always been at the forefront of innovation.”

Chris Reese and Tony Pilnik, Managing Partners at PARC, have assumed leadership of Transifex — as CEO and President, respectively — taking over from Transifex’s Dimitris Glezos, who founded the company in 2009.

US-based language services and technology provider, Smartling, has appointed Bryan Murphy as CEO, according to an announcement on April 12, 2022.

Murphy takes over from company founder, Jack Welde, who will take on the role of President and focus on product development and strategy. Welde will also continue to serve on the Board of Directors.

On April 4, 2022, Arnaud Daix stepped into his role as COO of e2f. He reports to Michel Lopez, CEO of the Silicon Valley-based LSP.

Daix has over 25 years’ experience, mostly in management positions, at companies such as HP as well as Amplexor (Acolad), where he was SVP for Sales and General Management (US & UK) prior to joining e2f. Daix said his new role “requires organizing the right mix of expert resources and technology to execute processes in a very agile environment.”

Sweden-based media localization company, Plint, hired Alexandra Andersson as the new CTO, on March 31, 2022. Andersson joined Plint with a background in technology and development and a track record of transforming business operations and creating high-performing teams.

The company press release said, “Finding a candidate with the right combination of experiences has been crucial for Plint in this highly strategic recruitment, and with Alexandra bringing such a broad professional skillset including product management, business and process development as well as partner relations and market strategies, they’ve found a perfect match.”

“We are all extremely pleased to have Silviu join the Blu family,” said Paulette Pantoja, CEO of Blu Digital Group. “Silviu’s extensive and successful background in localization, on top of his tremendous experience with film and tv distribution into global territories, is a great asset to Blu’s Localization division.”

Prior to DigitalTolk, Ratouchnaia worked as CFO in the construction industry. Her entry into the language market actually began way back, when she worked as an interpreter during her student days.

Jean-Charles Risch was appointed Head of Engineering at e2f on March 8, 2022. The Solution Architect, Lead Developer, Developer, Scrum Masters, QA, Innovation, and the rest of the engineering team report to Risch; and he, in turn, to CTO Rich Sadowsky and CEO Michel Lopez.

At e2f, his job is to serve as a bridge between the executive and the development team.

Mikael Wall joined DigitalTolk as Head of Sales on March 1, 2022. Sales Managers, Sales Admin, and the Bid Manager report to Wall who, in turn, reports to CEO Virpal Singh.

Wall is new to the language market, having grown his career in the hotel industry, particularly within the Radisson organization. According to Wall, he “joined DigitalTolk rather than the language business,” per se, having been “captured” by the vision of its founders.