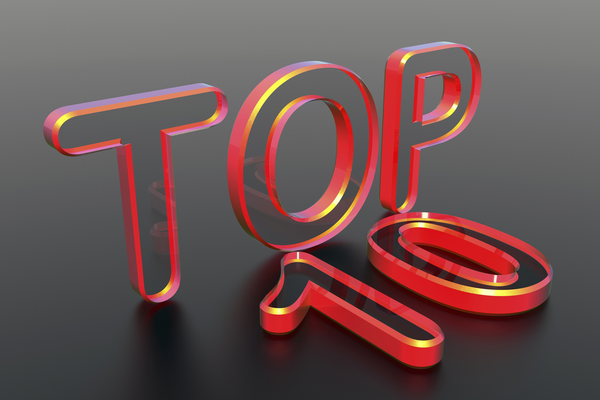 With 2018 half over, Slator looks back at the what happened in the boardrooms and executive teams of some of the industry’s largest vendors.

Lionbridge’s new CEO, John Fennelly, told Slator in an exclusive January 2018 interview that they will be “a very, very different company” as he moves forward to shape the future of what is now the second largest language service provider by revenue. Indeed, Lionbridge has been busy hiring new faces to its executive team this year.

In January this year, Lionbridge picked up its first two top executive hires: Jaime Punishill as new Chief Marketing Officer and Jim Weber as Chief Revenue Officer, which is a newly created role.

Both Sennella and de Villiers share a past at media and information services giant Thomson Reuters with Fennelly, who headed Thomson Reuters’ Wealth Management services business from 2007 to 2014.

Perhaps the most significant story was of an entrepreneur who refused to go anywhere, as TransPerfect’s co-founder Phil Shawe finally succeeded in gaining control of his company, while fellow co-founder Liz Elting walked away with a check worth nearly USD 300m.

TransPerfect’s legal saga officially came to a close on May 2018, when the Delaware Supreme Court affirmed the Court of Chancery’s final judgment to approve the sale of TransPerfect to co-founder (and now sole) CEO Phil Shawe.

In 2017, the stress of the legal process led to waves of resignations among TransPerfect’s executives, even as the company reported record revenues and ended up topping Slator’s Language Service Provider Index (LSPI).

In light of the sale, however, some of the executives who departed are now returning. According to an internal email by Shawe to TransPerfect employees dated June 11, former CTO Mark Hagerty, former senior tech exec Keith Brazil, former VP of Content Solutions Matt Hauser and former Director of Global Recruitment Nadim Ali are rejoining TransPerfect.

With the legal epic concluded, TransPerfect is back on the acquisition trail, buying San Francisco-based TranslateNow.

Honyaku Center, Japan’s largest language services provider, is reshuffling its board to “strengthen its management base and enhance corporate value,” according to a filing the company sent to the JASDAQ Securities Exchange.

One major change in the company is Executive Officer and Director Shunichiro Ninomiya taking over Ikuo Higashi’s position as President. Higashi is moving on to become Chairman of the Board. Ninomiya officially takes over this month, and Slator will continue covering significant developments as they come.

On March 15, 2018, Morningside Translations’ Co-CEOs, Tom Klein and Roland Lessard, tapped Dennis Dracup, one of the language industry’s biggest names, to become Chairman of the Board.

Dracup was formerly the CEO of remote interpreting provider LanguageLine from 1999 to 2011, after which he remained as both Chairman and a significant shareholder. LanguageLine was sold for a hefty USD 1.5bn to French call center operator Teleperformance in 2016.

Legal veteran Dietmar Johannes Zimmer is now the head of Germany’s 1,000 strong Federal Office of Languages, a so-called higher federal authority that reports to the Federal Ministry of Defence.

Operating from more than 60 locations, the Office translates around 170,000 pages and logs over 20,000 hours of interpretation annually, as well as providing foreign language courses to over 15,000 people every year and German lessons to 700 allied armed forces.

Véronique Özkaya, who had been Xplanation’s Chief Sales and Marketing Officer since 2012, was appointed to the role. Özkaya is a language industry veteran from companies like Moravia, Lionbridge, and Donnelley, and also served as board member and eventually Chairman of the Board of Globalization and Localization Association (GALA).

Steven van Lint, Xplanation’s previous CEO, has taken up the position of CFO.

Felix Donoso succeeds founder and former CEO Alvaro Rocabayera as he steps down to focus on strategic business expansion. Donoso informed Slator that his role is focused on consolidating the three main areas of the business: multimedia localization, e-learning, and AI-focused language solutions.

After adding all these Cs to the titles of senior executives, ULG’s owners, private equity firm Northern Pacific Group, might have felt it was time to upgrade Kristen Giovanis’ job title as well.

Since joining ULG as the co-founder of KJ International, which was ULG’s first acquisition after the Merrill spin-off, Giovanis had led the company holding the title of President. In June 2018, she acquired the more senior Group CEO title.

Abisso joined SDI in 2010 as Senior Vice President of European Operations. He managed and developed the company’s global footprint and service offering across Europe. Abisso’s new role puts him in a significant position to drive business for the company, as Europe is SDI’s biggest localization market with 23 offices and over 750 employees.