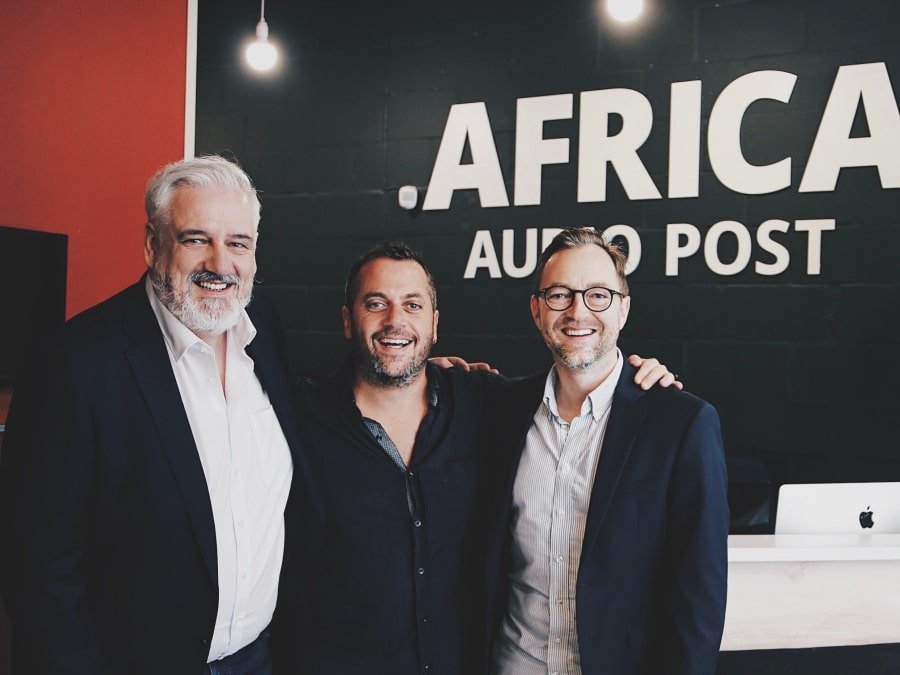 John Harley, Founder and CEO of ADRENALINE Studios commented “Given the incredible amount of content being produced for international consumption these days, especially by the streaming companies, we decided the time was ripe for us to expand into an international market and replicate the success our UK studios have enjoyed. Having, for a number of years, worked with this studio in Cape Town, we are delighted to have come to a purchase agreement.”

The company in question, Africa Audio Post, employs 23 people, all of whom will be retained, will be renamed ADRENALINE Africa and form part of ADRENALINE Studios.

The decision to acquire studio facilities in Cape Town was made easier due to ADRENALINE’s parent company, Arnsbo Group, already owning studios in Pretoria that handle their burgeoning voiceover business under the banner of VoiceArchive.

Søren Arnsbo, Founder and Chairman of Arnsbo Group stated, “Following a year of unprecedented growth for both ADRENALINE and Africa Audio Post, we are very excited to expand our dubbing operations in Africa. The language service provider division of Arnsbo Group, currently consisting of Voicearchive and ADRENALINE, is a global leading voice over and dubbing entity, and, since Africa is home to approximately one-third of the world’s languages, the presence of both companies in Africa is crucial to us.”

The team at Africa Audio Post are similarly excited for the future. Wayne Hirschson, who will remain CEO of the new company stated, “We are entering into a new phase of our development here in South Africa. The leverage provided by becoming part of ADRENALINE Studios will allow us to become an even greater force within the South African dubbing industry.”

Harley added, “Our commitment has always been to bring the content owner’s vision to life in a creative and, most important, an authentic way. The addition of our African studios gives us even more opportunities to work with more and more content owners, distributors and steamers alike. ADRENALINE Africa is officially open for business!”

The new company officially begins trading on May 1 and is already gearing up for the increased productions it will handle.

It is also anticipated that the facility will expand the studio count throughout 2022 as there is further floor space within the facility that can be utilised.