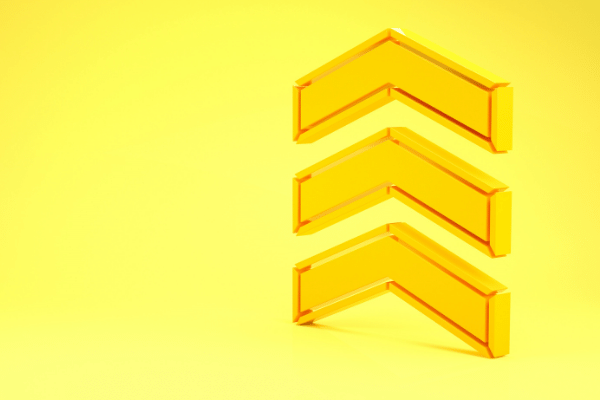 No one would argue that 2020 went as planned. Despite the “unprecedented” upheaval caused by Covid-19, business marched on in the language industry, in the form of acquisitions worth hundreds of millions of dollars; research on eliminating different biases from machine translation (MT); and linguist advocacy efforts — just to name a few highlights.

Let’s start off with January.

Over 50 language service providers (LSPs) rang in 2020 with high volumes of work thanks to a massive European Union translation contract worth a total of EUR 63m (USD 70.4m), which went into effect in January 2020. The European Parliament’s Directorate-General for Translation (DGT) received 186 tenders for 18 lots (divided by target language), each worth over EUR 1m. Contracts are tacitly renewable annually, and will last a maximum of five years.

An especially prescient acquisition, considering how 2020 unfolded, made Slator’s second-most popular story for January 2020: San Diego-based AMN Healthcare announced its plan to buy interpreting provider Stratus Video for a whopping USD 475m. Since the acquisition, Stratus has become one of AMN’s high performers, with minutes billed exceeding pre-Covid levels as of June 2020 (Pro), and is currently on track to “exceed our expectations for the year,” as AMN CEO Susan Salka commented during a November 2020 discussion of the company’s third quarter financial results (Pro).

In February 2020, UK media reported multibillion-dollar outsourcing company Capita plc’s plans to sell off its USD 21m translation and interpreting business division, Capita TI. Despite never managing to turn a profit as the sole contractor in the large, beleaguered Ministry of Justice interpreting and translation contract, Capita was one of 20 LSPs selected in August 2020 for a USD 100m translation and interpreting contract managed by the Eastern Shires Purchasing Organization (ESPO). As of October 2020, Capita had yet to be purchased.

Just days after the World Health Organization (WHO) declared Covid-19 a pandemic, March 2020’s top story examined the situation’s evolution and impact on LSPs in different locations. Face-to-face interpreters were, predictably, hit the hardest; companies specializing in remote interpreting technology solutions, on the other hand, had already started to see an uptick in interest.

Demand in translation jumped for certain content — including health information, travel advice, and hygiene guidelines — while the impact on localization services for over-the-top (OTT) providers remained to be seen.

In the US, TransPerfect alleged in an April 2019 lawsuit that, during the 2017 court-ordered TransPerfect sale process, Lionbridge owner H.I.G. Capital posed as a potential buyer to steal the company’s trade secrets.

Though Lionbridge moved to dismiss the case in June 2019, in March 2020 eight of TransPerfect’s 10 claims proceeded to discovery. The court scheduled a preliminary conference for late-April 2020 to identify persons or entities with knowledge, documents and electronic information, and to agree upon a schedule up to and including trial.

A possible solution to gender bias in translation, this time from Google, made for Slator’s most-read article in April 2020. Google Research unveiled its “Scalable Approach to Reducing Gender Bias in Google Translate,” a new three-step approach that generates a default translation (which may or may not be gendered), rewrites an alternative translation if it is gendered, and checks for accuracy. Google claims the new fix allows the system to display the right gender-specific translations 97% of the time.

Slator’s April 2020 article on a Canadian class action lawsuit against the Canada Translation Bureau examined the claims of the plaintiff LSPs and professional organizations, which were rooted in a contract’s weighted word clause. LSP Traductions Quattro alleged that the clause, introduced in the 2013-2014 fiscal year, “allows [the] bureau to save money at the expense of translators.” In particular, the LSP pointed to the “flawed” translation memory (TM) translators were required to use, claiming that the TM was not revised according to standard practice, thus complicating translators’ work while reducing their remuneration.

Over 1,500 interpreters and translators went on strike in January 2020 to demand that the Register of Sworn Interpreters and Translators (Rbtv) only include those able to meet the current required language proficiency level (i.e., C1); freelancers also wanted authorities to continue outsourcing per assignment. Much to their disappointment, in May 2020, Minister of Justice and Security Ferdinand Grapperhaus published an advance notice of about 20 interpretation and translation tenders slated for release beginning October 2020. (The controversial contract was later pushed back to the first quarter of 2021 without explanation.)

A May 2020 paper by Netflix introduced the “Simplify-Then-Translate” process. Researchers working for the streaming giant took content previously translated by humans and back-translated it, using MT, into the original source language. Then, these simpler, back-translated sentences were used to build figsAPP, a simplification model for English sentences with a focus on tackling colloquial and highly idiomatic content found in dialogue. Researchers found that figsAPP produced higher quality content than an out-of-domain dataset (Google Translate) for seven low-resource languages.

As the pandemic stretched into summer, the EU canceled conference interpreting contracts on a weekly basis, allowing contract interpreters to be paid in full for work performed up until the last week of May 2020. Slator reported on a June 2020 proposal by two of three interpreting service providers within the EU, namely the DG SCIC (Commission) and DG LINC (Parliament), of a one-off advance payment of EUR 1,300 for days to be worked off at a later time. Offended contract interpreters promptly responded with a socially distanced protest. As of October 2020, certain interpreters may qualify for payment in exchange for taking online courses.

Across the pond, the US Bureau of Labor Statistics (US BLS) released employment statistics from 2019, which noted that US translator and interpreter salaries rose 3.8% compared to 2018. Slator contextualized the findings, considering the hit coronavirus had delivered to the economy and the fact that the US BLS’s report did not include data from self-employed professionals.

Slator looked beyond the hype surrounding OpenAI’s GPT-3 when it debuted in a closed private beta in July 2020. The world’s largest text-predicting model — trained on 175 billion parameters — holds promise for a range of industries, but its potential for translation remains to be seen. Several companies, however, have already started to commercialize GPT-3, including New York-based tech startup OthersideAI, which expands bullet points into comprehensive emails, and AI21 Labs, the Tel Aviv-headquartered developer of writing tool Wordtune.

Business is booming for online retailers as the pandemic keeps shoppers at home. But online payment portal Stripe found that companies could be losing sales due to a lack of translation. As Slator reported in July 2020, Stripe’s study of e-commerce websites in seven European countries identified the checkout page as a critical component of winning — and keeping — customers in new markets, with 74% of checkout pages missing translation into local languages.

Slator’s August 2020 article on the Royal Australian Navy’s digital campaign to attract cryptologic linguists highlighted MT’s potential for comedic relief. In July 2020, the Defense Department released a series of recruitment videos on YouTube and social media channels after running familiar song lyrics and music quotes through Google Translate, resulting in less-than-perfect translations. “This is why the Navy needs humans to translate languages,” one ad deadpanned.

Far and away, the most popular article of the year was Slator’s breaking coverage of RWS’ announced acquisition of SDL. The transformative deal, which closed in November 2020, valued SDL at USD 817m, and primes the combined organization to replace TransPerfect as the world’s largest LSP by revenue, by a wide margin, in the 2021 LSPI.

Another major acquisition — albeit on a relatively smaller scale — made Slator’s top story for September 2020. Paris-based LSP Acolad Group announced its plans to acquire the language service divisions of Luxembourg-based rival AMPLEXOR International. The transaction, financed through equity and debt and scheduled to close in the fourth quarter of 2020, made Acolad continental Europe’s largest LSP. Acolad Group President Benjamin du Fraysseix shared behind-the-scenes details with attendees at SlatorCon Remote December 2020.

Slator checked in with California freelance translators and interpreters after they won an exemption from “gig worker bill” AB5 in September 2020. In response to fallout from the bill, the Coalition of Practicing Translators and Interpreters of California (CoPTIC) advocated for an exemption that recognized the realities of the US language industry. The most recent version of the bill, amended in August 2020, places translators in the professional services exemption; interpreters are listed under referral services. Colleagues in Arizona, New Jersey, and New York have already reached out to CoPTIC for guidance on fighting for exemptions to similar legislation in their states.

According to Slator’s October 2020 analysis, responses suggest that most Indian LSPs have annual revenues of less than USD 1m and fewer than 10 employees, are cautiously starting or progressing in MT integration, and operate across all domains. Overall, and despite Covid-19, most LSPs maintain a positive business outlook for the coming year: More than 50% of respondents said they have seen a significant growth in demand from both international and domestic customers for Indian languages in 2020.

Zoom fatigue? Not for companies hoping to snag the slots for interpreting and automated translation Zapps — apps directly available in the Zoom UI. As Slator reported in October 2020, the eponymous company behind the virtual meeting tool announced that its app marketplace already featured a number of big names, including speech-to-text giant Rev, which will provide English transcription and captioning, plus subtitles in more than 15 languages.

Slator estimated the AI segment’s revenues to be around USD 200m. With the TELUS deal, expected to close December 31, 2020, Lionbridge’s private equity owner H.I.G. Capital nearly tripled its original investment within the space of four years, while still holding on to Lionbridge’s translation and localization business.

Slator’s write-up of a recent MT research project by Google marked another challenge to the oversimplified humans-versus-machines debate. Researchers tried to remove the MT system’s translation bias that promotes simplistic, monotonic output and achieve more natural-sounding translations. Their “promising proxy for human evaluation:” human-paraphrased translations, which researchers used to evaluate design choices behind the top-performing English – German system from WMT19. Lead researcher Markus Freitag confirmed that Google Translate hopes to have “something in the works” that incorporates these findings by the beginning of 2021.

Germany’s Federal Association of Interpreters and Translators (BDÜ) responded critically to a new standardized set of rates, set to take effect in January 2021, for linguists working in the judicial sector (about 25,000 of the estimated 40,000 to 45,000 linguists in Germany).

Despite increased rates for both legal translators and court interpreters, BDÜ said federal lawmakers missed an opportunity to do away with state-level framework contracts, which have been blamed for forcing linguists to accept low rates and for leading highly qualified linguists to abandon working for the judicial sector.

Slator rounded out 2020 with a countdown of its own, this time of the top 10 most influential research papers on neural machine translation (which has dropped the “neural” since becoming the dominant form of MT across the industry).

The latest publication date on the list is 2017, which makes sense considering that, as time passes and the field evolves, it becomes more difficult for research to truly break new ground. This stroll down memory lane sheds light on how the industry established a new normal, and acknowledges contributions by a range of researchers and organizations in the field.