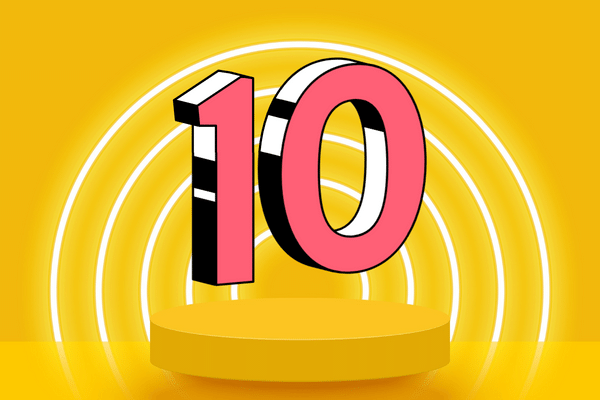 Momentum from 2021 carried on in 2022 for the language services industry, from multiple M&As to the changes language technology continues to bring on. Early in the year we asked readers to forecast the hottest trends for 2022, and the predictions most poll respondents agreed with were pretty much spot on.

Readers expected more mega-mergers among LSPs, more investment in technologies like speech-to-speech MT, and better MT post-editing capabilities. They got the mega-mergers predictions right to a degree, not so much “mega” as far as company size, but in volume, which was comparable.

Billions of dollars were certainly invested in technology (MT and NLP) and multimedia-focused language companies in 2022, making them worthy of many page views (e.g., DeepL, Iyuno-SDI, Ai-Media, Verbit, Zoo Digital. Here’s a look at the most read stories of 2022.

Reed Hastings, Co-CEO, reflected on the difficulties of finding success in India, a major market with 22 official languages and hundreds more. Chief among barriers to market penetration are low-cost delivery alternatives, such as cable, which cost about USD 3 per month, per household.

Taking advantage of the Google Cloud Next ’22 on October 11, 2022, Sundar Pichai, CEO of Google and Alphabet, announced the launch of Translation Hub. Slator covered the announcement the very next day in what became the second most read story of the year.

Translation Hub is directed at enterprise level translation needs, including entire documents with images, and is available in over 135 languages. One of the main features of the combined machine translation (MT) and Auto ML (machine learning) service is that it preserves formatting and layout in commonly used file formats, including slides and PDFs.

3. The Best and Worst Performing Listed LSPs of 2021

Another 2022 year- and eye-opening story favored by readers was the list of best and worst performing language services providers (LSPs) of 2021. The list comprised publicly traded LSPs as well as large translation, localization, and interpreting providers. The data used in the ranking covered all twelve months in 2021.

As mentioned above, 2022 rode on the momentum built in 2021 in the language services industry. And as seen in Slator’s chart of 13 companies with the lowest and the highest results in this article, some clear winners prevailed throughout 2022. Included among them is Zoo Digital, which in September 2022 said it expected a revenue increase of 89% from the same period in 2023.

Natural Language Processing (NLP) has been a growing field for decades. It morphs, it evolves, and it inspires researchers to go in a myriad different directions. And write papers about them.

The 60th Annual Meeting of the Association for Computational Linguistics (ACL) was held online and in Dublin in May 2022. Researchers presented many interesting topics, and Slator selected the works that stood out in a selected list (out of over 700 papers of various lengths).

The best paper honor went to “Learned Incremental Representations for Parsing,” in which, as the title suggests, authors described a way to “build accurate parsers that […] operate incrementally.”

On June 23, 2022, EU interpreters, represented by the Joint General Assembly (JGA), voted unanimously to suspend remote interpreting services. By the time news of the work stoppage came up, EU interpreters working in Parliament had been voicing their concerns about working conditions for many months.

The main issues that prompted the service suspension were related to working arrangements brought about by Covid-related situations, including speakers in disparate places with diverging quality in equipment and connections.

Among other factors affecting their work and health, interpreters cited the use of substandard microphones, noisy environments, poor broadband connections, failure by remote speakers to follow guidelines, sound quality issues on some interpreting platforms, and hearing damage (reported by about 100 staff interpreters).

The new functionalities in the online meeting platform were likely propelled by the addition of speech to text plus MT capabilities back in 2021.

The translation/transcription option is a premium service for the Zoom One Business Plus offering. Multilingual captions are also available now, but only with the Business Plus and Enterprise plans.

Large language models keep getting larger. Congruent with the company’s size, on April 4, 2022, Google released its 540 billion parameter Pathways Language Model (PaLM). Even Open AI’s GPT-3 seems small at 175 billion parameters compared to PaLM. No worries, though, GPT-4 is rumored to have trillions of parameters.

PaLM improves on previous large language models in many areas, including identifying synonyms, discerning between cause and effect, explaining jokes, and more. It also does well answering questions and performing machine translation.

DeepL was the subject of many interesting stories in 2022. And at the end of January 2022 this story involving Swiss Post, Switzerland’s official postal service, captured our readers’ attention. Because of DeepL.

Workers were quick to voice their displeasure on social media, and many qualified (enter colorful language) the house MT service as inadequate when compared to tools like DeepL. In the end, Swiss Post had no choice but to make the online MT service available once again.

Markets can shift based on a Tweet (remember that Tweet from Elon Musk in 2021 about “Baby Shark” and what it did for Samsung?). A rumor surrounding RWS did just that for the UK-publicly traded LSP this year.

Shares in RWS shot up on April 21, 2022, and Slator readers were intrigued, making this story the ninth most popular in 2022. The rumor was that Baring Private Equity Asia Fund VIII Limited (BPEA) was in preliminary talks for an offer to take over RWS, something BPEA confirmed.

By May 16, 2022, the potential deal was off, and RWS revealed that it was actually BPEA who had expressed interest, not RWS.

DeepL closes the top ten on a (potential) high note. Reports emerged in mid-November 2022 of an impending major investment round led by Silicon Valley venture firm, IVP. The round would put DeepL’s valuation at around USD 1bn, according to Business Insider sources.

Reportedly, IVP had company. US Bessemer Venture Partners and Europe’s Atomico were also in the round. In the end, all three companies joined Benchmark and btov Partners as investors in DeepL, completing a circle of five DeepL venture capitalists.

At press time, there is still no official confirmation by DeepL that the round has closed. We will stay tuned.