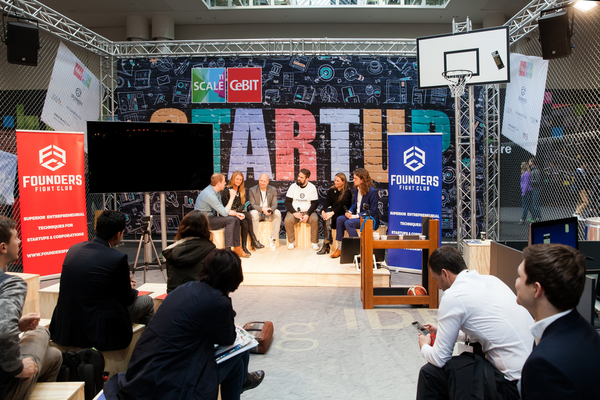 Attempting to disrupt the language industry, or, more specifically, the translation industry, has always been tempting. To many observers, the industry seems to offer low barriers to entry, until recently a relative lack of technological sophistication, and a large and global market served by tens of thousands of vendors large and small.

Fertile ground it would seem for startups to spot an opening and try win market share. For the purposes of this article, a startup is loosely defined as a company that attempts to innovate on current processes, is trying to develop some kind of technological edge, and is trying to turbocharge development by taking on outside funding. In short, most of the 150 language service providers started this year so far in the UK would not fit the bill.

But information about a specific subset, such as startups, can be harder to come by. While far from being perfect and comprehensive, AngelList offers an interesting dataset by which to explore the translation startup ecosystem.

AngelList is a platform meant for startups, angel investors, and job seekers looking to land positions in up and coming companies. The website is a compilation of companies from around the globe and contains self-reported information about the companies registered including company description, headquarters, main business activity (category) and the date they registered on the site. The site also runs a venture fund called Angel Funds.

As on LinkedIn, AngelList lets you sort companies by industry and, luckily, translation gets its own category. The category contained 331 companies at the beginning of July 2018. Although labelled “translation,” this category is used as a catchall for language companies: translation and interpreting companies, whether offering technology, services, or both.

How Many Translation Startups are on AngelList?

The 331 companies, upon closer inspection, could use a bit of pruning. The goal was to understand not only how many translation startups are in AngelList, but also how many are still operating and how many had died.

Aside from a few data caveats (outlined later), a few other criteria taken into consideration included:

After going through all these criteria, the final list had 219 translation startups—these are the companies registered on AngelList that were clearly either alive or dead.

First, since AngelList included date of registration, it seemed interesting to plot when these 219 translation startups first registered on the platform. Note that these dates are registration dates on AngelList, not the dates the companies themselves were founded.

Some translation startups on AngelList prominently used common buzzwords to communicate the idea behind the startup or their business model. Namely, mobile apps, freelancer matching, machine translation, and crowdsourcing. The following chart shows the spread of these startup ideas, and it also includes companies revolving around interpretation as opposed to written translation.

These keywords are not mutually exclusive—there are a handful of app-based interpretation startups and crowdsourcing apps, for instance. Additionally, for some it was hard to tell if they are still operating.

Crowdsourcing followed by mobile apps are the most popular business ideas. The popularity of mobile app-based startups is not a surprise, given the prevalence of mobile device usage, which continues to grow.

Crowdsourcing, meanwhile, was a hot trend a few years back, but has since fizzled and given way to NMT. The data does show, however, that companies attempting to crowdsource translation do at least have some longevity. Of the 20 companies founded on this business idea since 2011, just two are dead as of July 2018. Mobile app startups had a higher failure rate by comparison, with four companies no longer operating out of the 16 founded since 2011.

The chart also shows that interpretation-focused startups are quite popular as a business venture. Indeed, in January 2018, interpretation company Interprefy raised USD 1.25m in its fourth funding round since getting started and, more recently, Boostlingo secured USD 3.4m in Series A funding.

So how many of the 219 translation startups are definitely still around and kicking? Well, nearly 20% (41 in total) were dead as of July 2018. Take note, however, that because the information is from AngelList’s translation startup category, it contains a significant survivorship bias. Companies that self-report data to platforms like AngelList are actively seeking exposure and funding, and it’s likely either AngelList or the companies occasionally clean the list. In any case, it is interesting to see that even among the companies still listed a significant portion is no longer in business.

Self-reporting HQs can be tricky—some companies input cities while others indicate countries. One of the companies analyzed actually just playfully put “Earth” in their HQ. Manually inputting and collating all HQ locations by country, however, results in the following chart:

It comes as no surprise that the US-based AngelList will attract more US-based startups, but its reach does go all the way to the Ivory Coast, where startup Myrhann Traductions is located, and even Azerbaijan, where Atlant Translations is reportedly headquartered.

Naturally, the information on AngelList is somewhat limited. For example, neither abovementioned Interprefy or Boostlingo are on AngelList, for instance.

But from a numbers perspective, AngelList seems to be in the right ballpark. A search on Crunchbase, for example, results in similar numbers: their “Translation Services” category also contains around 300 companies.

A number of the records for the 331 “translation” companies on AngelList were blocked (23), leaving 308 companies that could be accessed and analysed. A number of companies could be discounted since some were mis-categorized under translation. After filtering the search results to eliminate mis-categorizations, the resulting list contained 274 companies, but some companies in this list were clearly not startups, such as Lionbridge or Morningside Translations.

Other companies in this list of 274 were either false positives (34 companies) or had information about their status that was vague, ambiguous, or difficult to ascertain (8 companies), which eventually resulted in a final list of 219 translation startups.

If nothing else, this peek at translation startups on AngelList will be a helpful source when used in conjunction with Slator’s other editorial content, including the Slator LSPI, the Slator Jobs Index, analysis of the Language Industry According to LinkedIn, as well as research content, such as the M&A and NMT reports.

Join startups and established players in the heart of the world’s startup and technology scene at SlatorCon San Francisco on September 13.