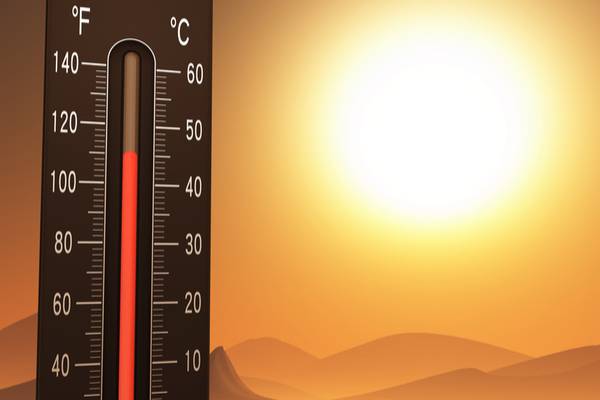 An uptick in legal and healthcare interpretation news in the US have been covered by various media outlets over the past few months. Here is a short rundown covering stories from public policy affecting courtroom docket diversity to pay rate debates to healthcare interpreting issues and shiny new hardware for remote video interpreting.

US public policy has affected interpretation demand with President Donald Trump cracking down on illegal immigration. The consequence is that courtroom interpreters for typically “rare” languages are becoming increasingly in demand, with required languages ranging from Punjabi and Nepali to even Ashanti Twi, a dialect of the Akan language from Ghana.

According to one report, the surge in demand is not being sufficiently supplied to the point of “several prosecutions [being] dismissed this summer because of language issues.”

There has been a spike in demand for languages other than Spanish, according to the report: “in May there was need for 11 such languages; in July it rose to 28.” Courts have also reportedly seen a rise in the demand for various dialects. One such case was where a Mexican woman being prosecuted for illegal entry was provided a Mexican interpreter but in the wrong dialect.

Trump’s “zero tolerance” policy is making courtroom dockets more diverse, which in turn is pressuring courtrooms to seek out interpreters where they can. And this, in turn, has caused rare language and dialect interpreters to become overburdened with work that sometimes requires them to travel miles between states. In the worst situations, cases are simply dismissed due to a lack of qualified language interpreters, which is essential to a defendant’s right to counsel guaranteed by the US constitution Sixth Amendment.

Cut to Grand Island, Nebraska, where the local administration appointed its first full-time state court interpreter coordinator. The coordinator’s role is to ensure language services are accessible to both limited English proficiency defendants and victims in courtroom cases. Coordinators (Nebraska has three others) also help directly with translation work. The shift from contractual to full-time is in line with the increase in demand in the vertical.

In Minnesota, state court interpreters are attempting to increase their rates to a bit of pushback from the local government.

According to a Minnesota Judicial Branch state court administrator, they could not provide the most recent request for a 44% rate increase by legal interpreters as the request was “out of line with the findings” of two other market research studies conducted by government bodies carried out to ensure pay rates were competitive and “consistent with the market average of other Minnesota public entities.”

So it is a stalemate for now, but talks are ongoing.

Civil rights organizations from the Sunshine State of Florida have filed a suit that seeks Spanish-language voting services for its Hispanic population. The move was motivated by an influx of “tens of thousands” of Puerto Ricans coming into the state over the past year after the devastation of Hurricane Maria.

The source article estimates that there are  around a million Puerto Ricans residing in Florida, but of course Spanish-language voting services will also be of use to the 5.3 million Hispanics living in the state, a little more than 25% of the total population in Florida.

Meanwhile other states have similar initiatives, for example, local media outlets in Queens, New York are calling on interpreters who can speak English and another language fluently to “deploy at polling places on both primary day, Sept. 13, and Election Day, Nov. 6,” offering USD 460 to anyone who completes training and works on both days.

Meanwhile, in healthcare interpreting, the Washington State Health Care Authority (HCA) recently put its interpretation services contract in the hands of a new vendor, and interpreters are running into problems.

Previous vendor Language Link exited the contract when it was put up for re-bid in December 2017. The new vendor, Universal Language Services (ULS), officially took over this July.

Some interpreters are complaining that pay has been delayed since the end of June. Other concerns were reportedly administrative oversights such as not registering many healthcare providers as “requesters” of interpretation services. This causes requesting healthcare providers to pay out of pocket as language services request become private jobs, and this also means interpreters taking these jobs essentially get paid USD 15 per hour less.

According to Leroy Mould, President of Interpreters United Local 1671, a union of freelance interpreters, ULS “was not ready in the least. They were were not ready even — for anything whatsoever.”

The interpreter union is pushing the Washington State HCA for accountability. Meanwhile, ULS’  Chief Quality Officer, Suzy Redfern, has admitted that “it wasn’t as smooth of a transition as we would of (sic) liked.” She noted that many of the concerns raised were transitional issues. “It’s just the natural things that come up from one person, or vendor, or company (to the next),” she said. Talks are ongoing after two meetings so far between the HCA and the interpreter union.

On a more positive note, in Twin Falls, Idaho, a few hospitals are getting In-Demand remote video interpretation devices intended to improve patient experience. The devices support “video assistance for 27 languages and more than 250 languages over a phone as well as sign language,” according to a local news story.

Editor’s note: A previous version of this story mistakenly identified United Language Services as the new vendor for the Washington State Health Care Authority’s interpretation contract. It has since been corrected to Universal Language Services. Hat tip to Mr. T. Wozniak for spotting the erratum.