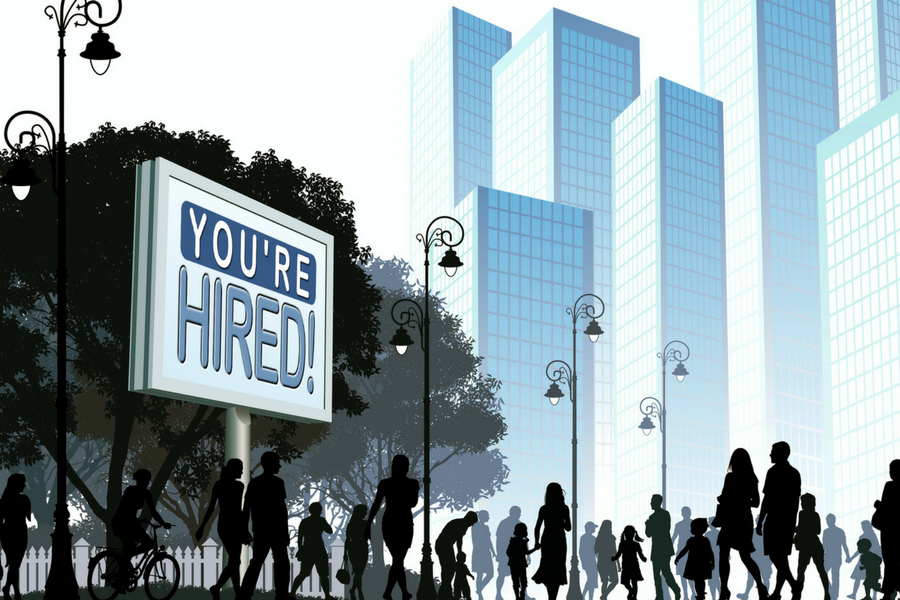 The Linguistic Services Operations Director at graphic design agency Dyade echoes the belief of the rest of this week’s featured hires, saying, “People are the core of our service.” The Director at boutique LSP Blarlo describes it as providing a work environment where linguists do not have to worry about anything other than translating; something even large LSPs must leverage to boost profits.

As far as finding qualified linguists in a country where there is a dearth of large LSPs, talent is fairly abundant — if you know where to look. So says TranslateNow’s Managing Director for China. Meanwhile, MotionPoint’s EVP of Worldwide Sales says, no matter the aspect, the industry is about engagement and not just hoarding contacts.

TranslateNow’s Managing Director for China, Terence He, says three things are unique to the language industry in China: the slow disappearance of desktop traffic to websites, the lack of large language service providers (LSPs) headquartered in China, and new companies wanting to globalize from the word go.

Based in Shenzhen, He assumed his new role from December 2016 and reports to Matt Arney, Founder and CEO of the San Francisco-based LSP.

According to He, a lot of Western companies spend way too much money on localizing Chinese content that is never consumed. Instead, everything is accessed via mobile, specifically WeChat. As for large LSPs based in China, he explains: “A few years back, we had HiSoft and Worksoft, which later merged to become Pactera. With Pactera taken private, China is serviced primarily by small and mid-sized LSPs along with a few foreign players.”

He says China-based customers have become familiar with language services as many new companies go global from day one. The executives of major companies have also studied overseas, so they tend to want goods and services ready in at least 10–20 languages — which he attributes to the government’s “One Belt, One Road” go-global program launched in 2013.

The TranslateNow MD says salaries and costs have increased “fairly dramatically” over the past five years. To mitigate the impact of, for example, the rising cost of real estate, He says many LSPs have downsized operations in Beijing and Shanghai and moved their staff to Tier 2 and Tier 3 cities.

Another thing that changed: Just five years ago, translation buyers at large Chinese companies made their decisions mainly on price. He points out, “Because of this, they tended to work with small, local SLVs at rock-bottom prices. Today, demand and volume from Chinese customers has increased dramatically and companies are starting to see the value of paying for a professional language service provider.”

About his new role as the China MD at startup TranslateNow, the seven-year CSOFT veteran says building something from scratch is never easy but is often more meaningful than “if you receive a lot of help.” He says he enjoys having a voice and the autonomy to make daily decisions, “something new to me that didn’t exist in my past jobs.”

Asked how he sources local talent, he replies, “Without giving away trade secrets, we know where to locate them. We have no plans to hire dedicated internal linguists at this time.” Which should not pose a problem, He says, given that a lot more students are coming back after studying overseas and many want to pursue a career in professional translation.

MotionPoint’s EVP of Worldwide Sales Craig Witt believes an account-based approach is the way to go “throughout our company, not only sales” as it enables them to engage the customer across all touchpoints.

Based at company headquarters in Coconut Creek, South Florida, Witt stepped into his role on December 1, 2016 and reports to CEO Will Fleming.

After having worked for over 25 years in the technology sector, Witt advocates an account-based method as it targets specific companies that fit MotionPoint’s ideal customer profile; and then building relationships with those contacts. In short, he says, engagement not just leads. This is especially valuable because, in an enterprise sale (MotionPoint’s focus), decisions are often made by a committee of five to seven over a long sales cycle.

Prior to joining MotionPoint, Witt was EVP of Global Sales at enterprise software company VersionOne. As a newcomer to language services, he regards as his biggest challenges customer awareness (“Many prospects believe they’re just buying translation from MotionPoint, and many competitors are looking to just translate words.”), segmenting the market (“We need to be smart about the companies we choose to market to and ensure they fit our ideal customer profile”), and channels (“to leverage our best routes to market”).

As for the metrics he uses to manage sales teams, Witt says he looks at productivity (deals closed weekly, monthly, quarterly) and “the velocity with which productivity is realized.”

The sales veteran says he also considers conversion percentages and typical pipeline metrics. “For account managers, I measure account penetration. For sales development reps, I measure opportunity creation; that is, how many opportunities they were able to create for the top of the funnel, and so on,” Witt says.

Almost 90% of English and French translation is performed in-house at Canada-based graphic design company Dyade; and Louis-Pierre Lacoursière became its Director of Operations for Linguistic Services from January 9, 2017.

As for that last 10%, Lacoursière says they hire partner language service providers “as there are solid advantages in dealing with an LSP, the major ones being availability, volume capacity, and integrated quality assurance. Of course, for English and French, all quality assurance is performed in-house.”

Lacoursière says he once worked in transport logistics for five years, which he says was “far removed from my passion for language.” But in 2007, he became a Project Manager at a small translation firm (“which was most welcome”) and he has been in the language industry ever since, specializing in financial and legal projects over the last eight years prior to joining Dyade.

A major hurdle, according to Lacoursière, is that nowadays translators tend to be generalists. He says, a few decades ago, translators were often experts in a given field and would translate as a second career. To deal with the issue, the Dyade Operations Director says they invest in training and education.

He does not see any major change in prices for freelance linguists coming anytime soon, mainly because “international competition and client demands keep pressuring LSPs into freezing rates.” But he believes the evolution of translation productivity tools has enabled increased output, “and made it possible for self-employed linguists to keep up.”

The fees of their linguists make up about 75% of the price they quote clients, says Daniel Piuzzi, who became Director of boutique LSP Blarlo from January 2017. Based in Madrid, Piuzzi says he reports “to Spanish private investors.”

As Blarlo’s Director, Piuzzi oversees the company’s business strategy, customer and partner relationships, and marketing channels. It is the company’s particular advocacy, he says, to attach great value to the role of their translators “by providing a work environment where they don’t have to worry about anything.” Not client search, collection management, invoices, and promotion, but just focus on doing a good job.