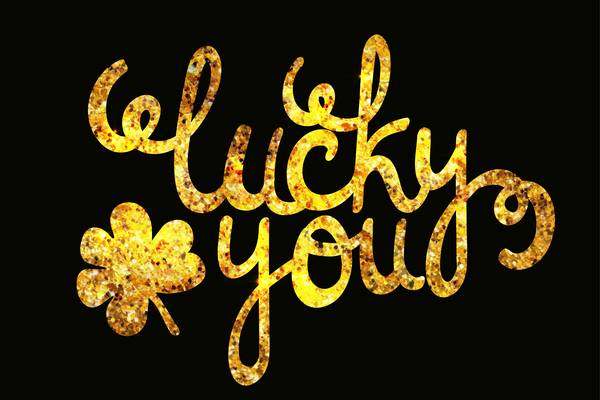 Slator’s coverage of video game localization can be split into two areas. The business side often revolves around big players like Keywords Studios, their rise in the industry, and strategic acquisitions. The consumer side usually dabbles on topical subject matter such as the often-controversial Japanese game localization scene, where pirate fan translations are halted, people are “let go” over unapproved comments on localization procedure, and efficient localization processes seem to backfire.

In his career, Clyde Mandelin has not focused on the business side of things. As a translation and localization veteran, Mandelin’s body of work mostly revolves around Japanese media — namely anime, games, and visual novels. In spite of his experience, he clarifies “I don’t have access to any info like [companies’ translation spend for Japanese localization].”

He also counts himself fortunate he does not need to keep an eye on his own translation volume: “I’m super lucky in that my work is varied enough that I rarely deal with word counts. I work on audio, video, games, images, handwritten notes, and more, so I generally work on a per-project basis rather than per word.”

What Mandelin can offer is years of insight into the translation and localization of Japanese media for Western audiences. He recently co-authored a book on hilarious video game mistranslations with Tony Kuchar called “This be book bad translation, video games!” A journey across three decades of bad video game translations, the book is Mandelin’s most recent work in a lineup that includes books about the localization of classic video game titles like Legend of Zelda, Earthbound, and Mother 2.

Slator reached out to Mandelin for a brief discussion of the Japanese games scene and adjacent markets. Following is a revised, shortened version of Slator’s interview with Mandelin:

Slator: Your background is in localization for Japanese games and anime but we just wanted to ask in case you know: are there similar instances of bad game translation from other languages to English other than Japanese? And are they as unintentionally hilarious?

Some examples from the Korean game “B.C. Story:”

Mandelin: As someone who’s down in the translation trenches I don’t really have a clear view of sales numbers, sales projections, or any of those kinds of high-level corporate details about demand. But my gut feeling is that Japanese-to-English game translation/localization has come out of a slump from a few years back.

I do feel that the demand for quality is higher than it used to be. A big part is that gamers are now more aware of the game localization process than before — some companies even post regular blog updates about the process as it’s happening. On the other end, the industry is filling up with gamers like me who grew up playing Japanese-to-English translations and want to raise the bar in terms of quality.

Slator: We recently published an article about Nintendo’s new approach to the localization process where linguists and devs work hand in hand in the original product to make it much easier to localize. Some vocal fans have responded that this pretty much changes the core experience, whereas it’s that experience they want, just in their own language. As a translator / localizer yourself, what do you think of this process, technically? From the perspective of giving gamers what they want, is this a sound choice or is it missing the point entirely?

Mandelin: I think most translators (of all industries) would agree that it’d be a dream to have full access to the original text writers for clarification and answers. That level of communication makes a translation so much stronger. So a logical progression from that is, “Hey, why don’t we just work with the original text writers and creators from the start!” It’s not a new idea, but it’s definitely an approach that’s picked up steam lately.

As an English translator, I can see how working with a creator from the very start would produce a much nicer English release in the end. It would also make the translation process much smoother and easier from a project management standpoint. On the other hand, as a gamer, I can see how it feels like this could “corrupt” the creation process in a way that’s off-putting. And, at the same time, I’m also aware that the companies involved just want to ensure that they’ll have stable sales numbers, which is a perfectly reasonable aim. Like a lot of things in translation, I think it comes down to case-by-case circumstances — broad generalizations don’t do the issue justice.

In the end, I do have to acknowledge that: 1. I’m not an average gamer and probably not in the target audience, and 2. that not all gamers are the same and most gamers probably just want a game that’s fun, regardless of how it was made.

Slator: We know that video game localization is getting buzz recently, but we’ve also seen some excitement around subtitling and localization of anime and light novels. Can you shed some light on these media in terms of how much attention they’re getting and the demand they’re generating as far as localization goes?

Mandelin: A lot of my translation career has been on the anime side of things, but the situation doesn’t feel that different from before really. The industry expands and contracts — right now it seems it’s in the expansion phase.

There’s been a lot of new activity with big companies like Amazon, Netflix, and Sony getting into the industry, but I don’t know what that means for translation. I don’t follow light novels much, so I’m not familiar with what’s going on there. I do like the small boom in visual novel translations though, and am excited to see how translation/localization gets directed to that niche.

Slator: What do you think is the outlook for translation / localization demand for Japanese media (games and anime) in the next five years?

Mandelin: The demand for Japanese game translation will continue to grow. At the same time, more and more translators will probably be entering the industry, so competition for work will grow. The Japanese indie game scene is growing by leaps and bounds too, so there’s a lot of potential there.

The demand for Japanese game translation will continue to grow

I’m not really sure where anime is headed in the next five years. It had a big bubble in the early 2000s that popped in the latter 2000s. Although there are similarities to that old bubble now, things have changed a lot: big, international companies have gotten involved with anime production since then, and online streaming has made it more accessible for wider audiences. Whatever happens, I suspect competition for anime translation work will also continue to grow.