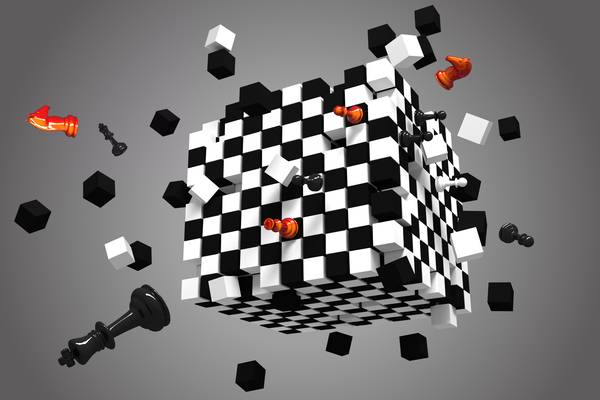 On April 27, 2017, the Delaware judge, who in 2016 ordered the forced sale of TransPerfect, cancelled a hearing scheduled May 5. The hearing was intended to be a last-ditch effort to avoid the auctioning off of the company and resolve the protracted legal battle for control of the language services juggernaut.

The cancellation by Chancery Court Chancellor Andre Bouchard marks the end of a week of high-stakes legal maneuvering between co-CEO’s Liz Elting and Phil Shawe.

The Chancellor had called the hearing to discuss a proposal by Shawe’s side for a consensual solution. Elting’s lawyers swiftly moved to prevent the hearing, however, leading the judge to instruct the two sides to “confer and to work out a schedule for briefing and a hearing” — which will take time, if it happens at all.

According to sources familiar with the matter, there is nothing stopping the custodian from selling TransPerfect after Shawe lost his appeal with the Delaware Supreme Court in February 2017. A sale may, therefore, take place before a new hearing can be scheduled.

Let’s back up. To avoid a “director deadlock,” the Court of Chancery in Delaware, where TransPerfect is incorporated, appointed Robert Pincus as TransPerfect’s third director in August 2015. Pincus was empowered “with the authority to vote on any matters on which Shawe and Elting cannot agree and which rise to the level that he deems to be significant to managing the Company’s business and affairs.”

A year later, in June 2016, the Court accepted the custodian’s recommendation to put TransPerfect up for sale through a modified auction. Elting accepted the ruling, but Shawe has been contesting it vigorously ever since. Finally, in February 2017, Shawe lost his appeal with the Delaware Supreme Court, which cleared the way for a sale.

In a last ditch effort, Shawe’s side attempted to remove the very basis of the case: the possibility of a director deadlock. Shawe’s mother, Shirley Shawe, who owns 1% of the company (Phil Shawe owns 49%, Liz Elting, the remaining 50%), proposed to grant Elting a proxy to vote her 1% stake in the election of any director to the board over the next five years.

Shawe’s side said this would effectively give Elting control of the company and end the deadlock. Shawe told Slator the move could “put him out of a job” but his mother “still views it as a lower risk solution for the company.”

To force the issue, Shirley Shawe filed an action with the court to order TransPerfect to call a shareholder meeting where her proposal would be discussed. Chancellor Bouchard then scheduled the hearing for May 5, 2017.

Calling the proposal “another attempt to avoid or frustrate the Court’s Orders,” Elting’s lawyers moved swiftly to thwart the hearing. On April 25, 2017, they filed a motion to enforce the 2016 sale order and sanction Shirley Shawe for violating the sale order. This, in turn, led the Chancellor to call off the hearing.

Even before the hearing was cancelled, Phil Shawe had told Slator, on April 24, 2017, that he was “a bit skeptical that the court will allow settlement,” implying many of the parties involved have been strongly incentivized to push through with the sale.

“With the Custodian, and so many of his delegates, having wildly extravagant financial incentives to avoid settlement, I am concerned that these outside forces will somehow work against the Court allowing any consensual solution to proceed,” Shawe told Slator. He also reiterated his position that the “the court-ordered dissolution of a successful company […] is egregiously unjust.”

We leave it to the legal experts to judge whether a proxy solution could have been a viable option to reach a consensual solution. In any case, Elting may not have an obligation to review or accept it. Instead, she is determined to go through with the auction.

A sale to a third-party, which increasingly seems to be the most likely outcome, would probably come with major changes to what is arguably the language industry’s most successful company of the last 10 years.

The narrative pushed by Shawe’s side of 4,000 jobs being at risk in a sale seems overly bleak. A financial investor or strategic buyer would likely want to retain a significant part of the workforce in a business that relies as much on staff expertise and client relationships as it does on technology.

What is more likely is an exodus of senior executives loyal to Shawe should he fail to win in the auction of the company he co-founded.