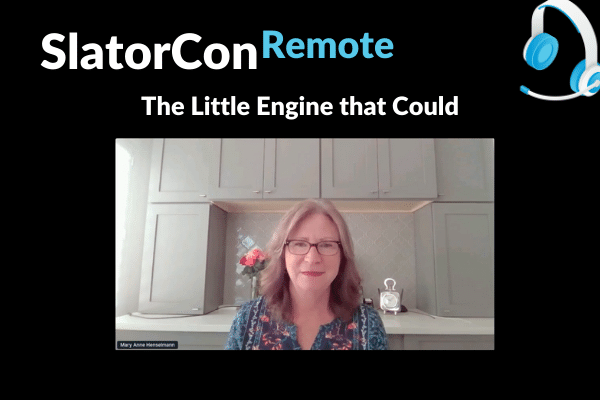 Faced with a localization fumble, a company can choose to retreat from new markets indefinitely, or learn from its mistakes and try again. Leading human capital management (HCM) solutions provider ADP opted for the second response, as Mary Anne Henselmann, Senior Director of Translation Management Services, told the audience at SlatorCon Remote May 2021.

It takes time to develop a proactive, rather than reactive, localization strategy, Henselmann said. It also requires the insight to see failures as opportunities for growth; input from industry experts; and buy-in from colleagues across departments.

For a sense of scale, ADP provides business outsourcing services to over 860,000 clients, and processes payments for about one in six employees worldwide. The company has about 58,000 employees and reported revenues of USD 14.6bn for FY20.

“We are trying to position ourselves so that we can easily integrate with any need, via API or via onboarding to our program,” Henselmann said of her department’s current work with internal clients.

ADP’s localization journey got off to a rough start. A 2008 product launch in Canadian French fell short of expectations, sparking a root-cause analysis of what went wrong and why, with the goal of setting expectations for future localization projects.

A major contributing factor, according to the analysis, was inconsistency in vendor engagement — different teams using different vendors and purchasing services differently. This made it difficult to gauge the company’s translation needs.

Henselmann, then the head of a documentation team, said that ADP leaned on one vendor in particular as the company learned about and adopted best practices to avoid similar issues in the future.

Higher-ups were willing to invest in a translation management system (TMS) once Henselmann explained how it could help avoid a repeat of the problematic Canadian-French launch, and would likely lead to future savings.

To counter the normal and expected resistance, Henselmann worked closely with one skeptical colleague, who happened to be working on a high-visibility project. Addressing his concerns encouraged other departments to keep an open mind to new procedures.

As ADP began to recognize the need for localization services across departments, Henselmann left the documentation team to report to the VP of Shared Services. The TMS allowed Henselmann’s group to streamline the onboarding process and ultimately onboard more than 50 internal clients during this growth phase, including Development, Training, Marketing, and Communications departments.

At the same time, the translation memory (TM) Henselmann’s team developed started to pay off monetarily.

A targeted hiring initiative at the end of 2019 allowed Henselmann to add vendor-side professionals to her team. In addition to one writer Henselmann had retained, who created websites and wrote up best practices, colleagues now included a globalization lead, a quality lead, and a localization project manager. A developer was soon recruited to round out the team’s skillset.

“They brought with them a wealth of experience that really gave our program the shot in the arm that it needed,” Henselmann said of the then-new hires, noting that since the specialized experts have become acclimated to the ADP culture, the program has evolved yet again.

“In our maturity phase, we’re doing things like holding vendors more accountable,” Henselmann said. “We have SLAs. We have KPIs. We have a framework from which to measure our vendors.”

ADP’s new vendor management program is more important than ever. High-visibility projects have boosted demand for Henselmann’s department — meaning her team needs outside “partners” who can help walk new clients through the basics.

“We’re seeing the work as being more complex,” Henselmann explained. So her relatively small team prioritizes work that will have the greatest impact. That includes automating very labor-intensive tasks, especially analytics and data tracking.

An internal ADP project-team competition provided a recent impetus to dust off the department’s machine translation (MT) initiative, which the group had previously been unable to tie to a compelling use case.

This time around, outsourcing the building of an MT engine allowed the team to get it up and running quickly, starting with Spanish in July 2020 and later adding six more languages.

Nearly a year later, Henselmann said, “We are now in production, and we’re reaping the benefits of increased savings and decreased time to market.”

According to Henselmann, the addition of MT was also the lynchpin in ADP’s decision to move her team to the CTO’s office in February 2021.

“An internal competition provided the impetus to dust off the department’s MT initiative, which the group had previously been unable to tie to a compelling use case” — Mary Anne Henselmann, Senior Director of Translation Management Services, ADP

“That was a telling moment for us, that we could have this ecosystem that could manage any request any client could have,” Henselmann said. For example, she said, enabling any support professional to address any ticket from any client in any language was “a really strong use case.”

Since the move, the team’s focus has shifted to developing enterprise solutions for other departments. While new APIs and plug-and-play designs will make it easier for clients to use her team’s services, Hanselmann said that a system of “governance by design” will also hold clients accountable for issues in their requests.

Increased automation will reduce both effort and errors for Henselmann’s team, clients, and vendors. Top goals include an automated way to check files for translation and ensure they follow best practices; a way to automatically gather financial data from vendors; and a repository where clients can place their jobs, rather than uploading them into a tool.

Henselmann also sees other areas for improvement. In particular, she wants more inclusive analytics to better answer questions about ROI, to quantify the benefits of localized content, and gauge the possible sales loss due to lack of localization.

“We have so many different organizations all around the world and they all track data differently,” she said. “I don’t think there’s any one person who has that view where everything is captured.”

“We’re agile. We ship all the languages at the same time,” Henselmann said. “We want to see how we can get that continuous localization working better.”