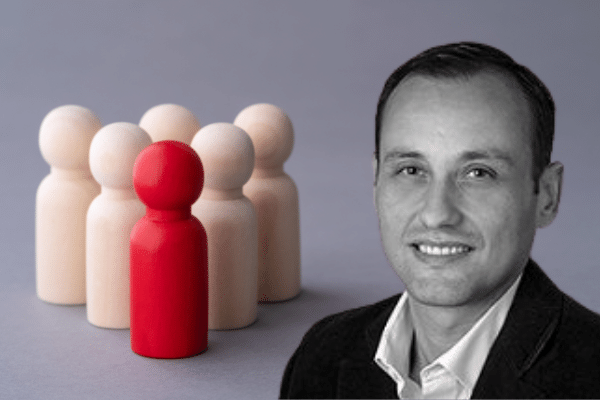 Djaouani reports to Chee Tong Yeo, President and CEO of Toppan Leefung. “I have had the pleasure of knowing Chee Tong for many years and he was very interested in building a business specifically dedicated to language solutions,” Djaouani told Slator.

He added, “We have a relationship based on honesty, trust, and respect, which is critical for me. Furthermore, the Toppan Group provides an incredible platform for us to build upon, particularly with regard to our focus on regulated content.”

Djaouani stepped into his new role on June 21, 2021, “after the completion of a six-month non-compete [period] imposed by RWS,” he told Slator. (Djaouani spent three years as Senior VP and then Executive VP for Regulated Industries at SDL prior to joining Toppan.)

The new President described his team as “diverse and international,” “elite,” and “a mix of localization and industry experts.” Among them are former SDL execs Anna Gargiulo (Chief Sales Officer) and Alex Jarvis (Chief Strategy Officer).

Also on the team is Kenny Yeo, who took up the role of Global Marketing Director on the same day as Djaouani. The two had previously met three years ago when Yeo worked at digital consulting agency, Deloitte Digital, prior to his most recent role at British pharma giant, GSK. Yeo’s “experience in using a data-driven approach to improve customer journeys,” he said, will help the company as buyer profiles change and selling cycles begin earlier via digital and social media.

Asked why he chose to join Toppan Digital Language rather than, say, taking on a senior leadership role at a large LSP or going the PE-partnership route, Djaouani replied, “Too many LSPs are struggling to respond nimbly to their clients’ needs — partly because there are many legacy and integration issues weighing them down. Technology is simple, culture is hard.”

Additionally, he noted how PE partnerships tend to mainly focus on short-term value rather than innovating to add value for customers: “This isn’t right. In the end, the consideration of building something fresh — from the ground up, unencumbered by legacy challenges — made the most sense for me. It allows me to bring forward my vision for a client-focused organization, creating and building value together.”

A Startup Inside a USD 13bn Company

Toppan Digital Language is a standalone, wholly-owned subsidiary whose business growth — and, therefore, funding — is part of the strategic direction of the Group, Djaouani said. And the LSP is tasked with creating, managing, translating, and distributing “regulated content at scale to the highest security, governance, and data intelligence standards.”

According to the Toppan Digital Language President, “Toppan has really established itself as a formidable heavyweight in moving beyond printing. I don’t think people know how large Toppan is. It has 53,000 employees across 226 companies and reported year-end 2021 (March 2021) net sales of USD 13 billion!”

Djaouani said the LSP “will run independently to maintain an entrepreneurial approach.” There will, however, be “knowledge-sharing and cross-selling opportunities with Toppan HQ and the other subsidiaries”; and combining the LSP’s offerings with that of its sister companies as sales channel partners can be a key differentiator.

On why London was chosen as home base for Toppan Digital Language, he said, the city “won out due to a few standouts that are important to us” — namely, an expert talent pool of industry professionals, a time zone with a good overlap between Asia and the US, and the presence of many regulated-market clients.

Djaouani singled out two reasons for the LSP’s focus on regulated, high-risk content. First, demand is shifting and is not well served. Second, many members of the executive team have extensive experience in regulated markets and “recognize the gaps in the offerings from existing LSPs.”

So do they see any trends in their core verticals of life sciences, healthcare, and finance? Djaouani said, “Our primary focus verticals will always be affected by updated or new regulations, both at a local and global level. Discussions around health equity, inclusion and diversity, sustainability, ESG [environmental, social, governance], and accessibility have gained a lot of momentum on the global stage.”

Asked for an update on the business, Djaouani replied, “Right now, we are in the buzzing, startup phase. We are evaluating M&A targets — existing niche LSPs with a complementary culture that fits with what we want to build. We are also building our technology relationships, with both partner and buy options. Finally, we have a clear customer segmentation and acquisition strategy, which includes making the most of Toppan’s customer base.”

“We are here for the long term,” Djaouani said.