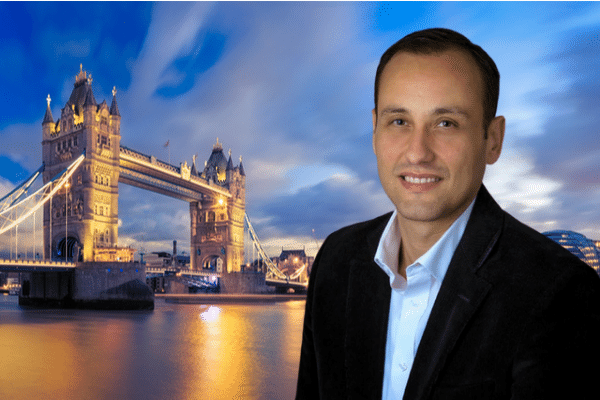 TranslateMedia is made up of around 90 staff, based primarily in the UK, Poland, the US, and China. As previously reported, Toppan Digital Language is the LSP subsidiary of Singapore-based Toppan Leefung, its ultimate parent being Japanese global printing giant, Toppan Inc. (fka Toppan Printing).

Djaouani told Slator that the entire senior management of TranslateMedia, with the exception of its current Managing Director, will stay on. “TranslateMedia primarily operates on a freelance linguist model. This is similar to Toppan Digital Language, although we have a small number of internal linguists. Our model, going forward, will be a hybrid of internal and external linguists, but the significant majority will be external,” he said.

There is no significant client overlap between the two companies, which Djaouani views as “a great opportunity for us all to cross-sell and up-sell across the full customer base.” About TranslateMedia’s client mix, he said, “Financial, legal, and life sciences take up about 10% together, e-commerce / retail about 50%, and travel and tech about 10% together.”

As Djaouani told the SlatorPod audience back in July 2021, it is Toppan Digital Language’s goal to be a leader in translation for regulated industries. A month after the LSP launched last summer, it acquired GlobalLexicon, another London-based LSP. GlobaLexicon specialized in market research localization, with a particular focus on healthcare and life sciences.

According to Djaouani, “GlobaLexicon is now fully integrated into Toppan Digital Language and the rebrand is complete, with the GlobaLexicon brand retired. We continue to keep the former GlobaLexicon team focused on the Market Research and Insights sector, where we are market leader. For the calendar year 2021, the business grew about 20% and has started Q1 strongly.”

Elaborating on Toppan Digital Language’s strategy of “aggressive and long-term growth,” Djaouani told Slator, “We aim to be the leading provider of language solutions for high-risk and business critical content within the next couple of years […] In addition, we have invested significantly in sales, marketing, and operations, backed by our parent company, Toppan Inc.”

He said TranslateMedia was actually one of the first companies Toppan Digital Language connected with when it launched. “Our Chief Strategy Officer has known TranslateMedia for several years,” Djaouani said. It just so happened that “the timing was right to complete the transaction this year.”

Djaouani enumerated the reasons behind the acquisition of TranslateMedia, summarized as follows:

“We will be investing in all of these areas to support growth,” according to Djaouani; “and, in particular, we will be bringing out an exciting technology roadmap tailored to our customers’ needs in our target sectors. Given the scale we are targeting, it is important for us to have in-house technology solutions available where we control the roadmap and tailor it to our customers’ specific needs.”

Djaouani pointed out, “Toppan Digital Language currently runs on third-party technology and it is important to us that we are flexible about the technologies we deploy, in line with our customers’ needs. However, we also see a clear advantage from being able to control our own roadmap and being able to build solutions that are very tailored to our target customers’ needs and ecosystems, particularly in sectors such as financial services, life sciences, and legal.”

On TranslateMedia’s revenue figures, Djaouani would only say that it “had a successful 2021 and revenues are forecast to grow strongly in 2022.”

As for Toppan Digital Language, its President said the LSP will “approximately triple in size this year, compared to 2021, through a combination of organic growth, major new client wins in Q1, and the TranslateMedia acquisition.” Further acquisitions may also take place in 2022.

“We are investing heavily across the business and ramping up our capabilities at a fast pace. Our team has done this before and we are very confident in our ability to exit the year with a significantly enlarged platform,” Djaouani concluded.