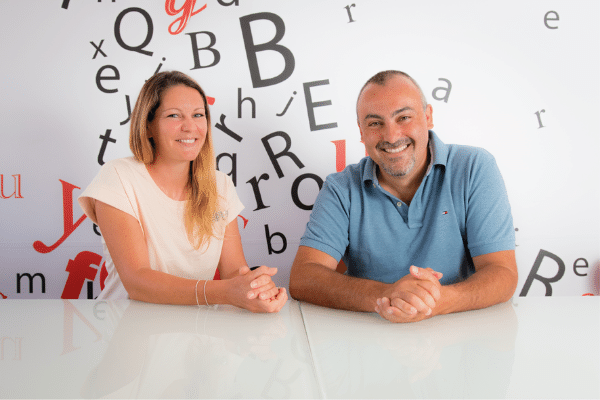 Translated will also receive a further USD 5m in a second part to the transaction, which is expected to be finalized in a few months. Co-founder and CEO of Translated, Marco Trombetti, told Slator “We will disclose the [investors’] names then.”

According to Trombetti, Translated generated revenues of USD 42m in 2020 with USD 10m in EBITDA, and the post-money valuation for the LSP is “in the order of hundreds of millions.”

Trombetti launched Rome-based Translated more than 20 years ago with Isabelle Andrieu, who serves as chairperson. Andrieu outlined Translated’s journey in December 2020 on SlatorPod, sharing how they expanded the LSP from its core business as a “long-tail translation company” — serving tens of thousands of small clients sourced through SEO — to taking on large enterprise accounts such as Airbnb.

After having employed no salespeople until 2019, Translated now has a sales team based in the US, which caters to the needs of enterprise customers. The company also has a proprietary translation platform that combines machine translation (ModernMT) with human linguists.

Andrieu also recalled how the company was initially hard hit by Covid-19 and lost 30% of its revenue in the two months following the March 2020 lockdowns. However, demand recovered and Translated closed the year “with really good results,” she said.

Meanwhile, Trombetti told Slator that the company forecasts an increase in both revenues and EBITDA in 2021, to USD 48m and USD 12m, respectively. He added that “Translated has had a revenue-weighted average growth rate of 31.8% over the last 15 years and we hope to maintain the same growth in the next 10-year cycle.” He said 50% of Translated’s revenues are derived from the US, while Europe accounts for a “large chunk” of the rest.

In addition to running a sizable LSP, Trombetti and Andrieu are investors in their own right. The pair co-founded Pi Campus, a startup district and early-stage venture capital fund that aims to reinvest Translated’s profits into European and US-based AI-focused startups. Andrieu is also CEO of Pi School, an educational offshoot of Pi Campus, which provides programs on AI, technology, and creativity for budding entrepreneurs.

Asked why Translated felt the time was right to take on outside investment for the first time, Trombetti said, “Our human-machine symbiosis has been showing continuous improvement over many years. Observing this trend, we are now able to predict quite well when we will be able to give people a translation system of the quality of the best professional translators, almost instant and almost free. It came out that this would arrive between 2030 and 2035.”

“We decided to raise money because we want to accelerate and deliver this solution to the world. We truly believe that understanding and being understood is the most fascinating challenge for humanity,” Trombetti added.

“Ardian is primarily a financial investor with no involvement in the operations,” Trombetti told Slator. Ardian’s Laurent Foata, Head of the division that invested in Translated (Ardian Growth), will join Trombetti and Andrieu on Translated’s board of directors.

As for why Translated chose Ardian when seeking financial partners, Trombetti said, “We accepted Ardian not because they made the best economic offer, but because they gave very founder-friendly terms and they have the DNA and means to support us in the long term, more than any other funds we met.”

He said Translated plans to deploy the funds toward human resources, to ramp-up their research in the area of “human-machine symbiosis,” and to “make our technology available to more translators.”