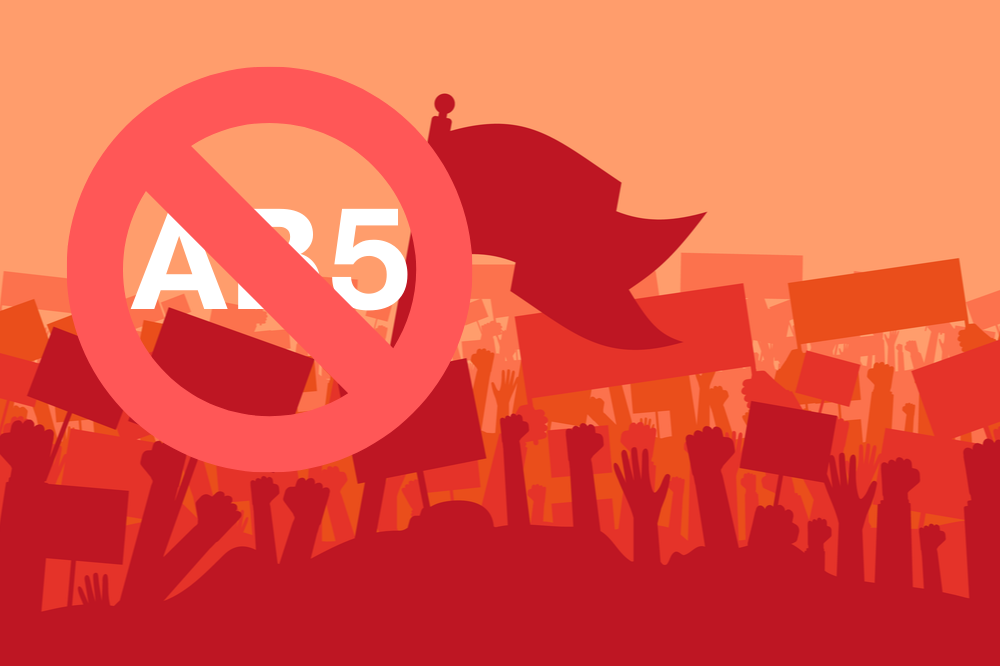 Freelance interpreters and translators in California face an uncertain future. AB5, the state’s “gig worker bill,” originally slated to take effect January 1, 2020, has been confronted by mounting criticism and a new legal challenge.

On December 17, 2019, the National Press Photographers Association (NPPA) and the American Society of Journalists and Authors (ASJA), represented by pro bono attorneys from the Pacific Legal Fund, filed a lawsuit against what they call AB5’s illegal discrimination against journalists.

The suit comes on the heels of Vox Media’s December 16, 2019 announcement that the company would end contracts with approximately 200 freelance sports writers and editors due to AB5, replacing them with 20 new part-time and full-time employees.

But as a web content writer and editor tweeted on December 17, 2019, “In all the outrage about Vox, please remember that #AB5 also affects translators, therapists, CNRAs, musicians, owner-operator truck drivers, engineering consultants, and more. Writers are just the tip of the iceberg.”

If Twitter activity is any indication, California-based translators and interpreters are well aware of the threat AB5 poses to their livelihoods. Some already feel its effects.

One freelancer commented in a December 12, 2019 tweet directed at Assemblywoman Lorena Gonzalez, “[S]uddenly the translation agencies outside of the state of California are cancelling my contracts because of your AB5 law, so I can’t even afford diapers for my own kids (I have 5). Do you really expect us all to go stand in an unemployment line?”

Rivera’s tweet referred to the American Translators Association’s statement, issued that same day, in support of an exemption to AB5 for interpreters and translators.

The ATA’s statement describes the realities of today’s language services industry, based on business models prevalent in the US.

“Few language service providers in our industry have sufficient work to hire individual translators and interpreters as employees for every language on the market, so that language access can be provided to those who require it. With the current wording of AB5, those companies would have to work with translators and interpreters based outside of California, thereby hurting the very people that this bill has proposed to help, as well as potentially limiting language access for Limited English Proficient (LEP) individuals living in California.” — American Translators Association

Other professional organizations, including the Joint National Committee for Languages, the Coalition of Practicing Translators and Interpreters of California, and The American Association of Language Specialists, have likewise expressed support for the exemption.

Like the ATA, some on Twitter have predicted that fallout from AB5 will likely disproportionately impact groups that are already marginalized or disadvantaged in some way.

In response to criticism from freelancers concerned about losing work, Assemblywoman Gonzalez stated on December 12, 2019, “These were never good jobs. No one has ever suggested that, even freelancers.” She later clarified: “I’m sorry if I shorthanded things they were expressed to me. All the freelancers I met with complained about the lack of standards on pay, timely pay, etc.”