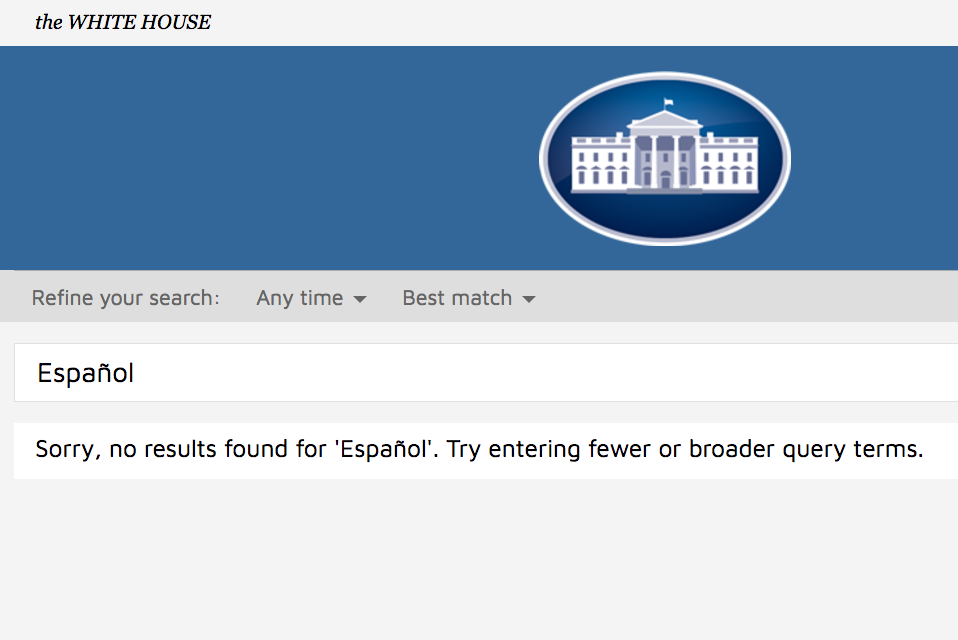 Is two weeks too soon? On January 23, 2017, White House Press Secretary Sean Spicer promised the Spanish-language version of the White House website would be back up and running “soon.” Two weeks later and WhiteHouse.gov/espanol still links to nowhere.

Enter Jani Penttinen, CEO of Transfluent, a five-year-old language service provider. Sunnyvale-based Transfluent raised a total of USD 3.1m in angel, seed, and series A rounds, the latest one in January 2014, according to Crunchbase.

Like many startups in language services, the company started out to disrupt the set ways of the translation business, but found the scaling tough. In a recent interview, Penttinen said the company currently employs about a dozen staff and recently changed directions to become more of a “translation company and less a communications company.”

So, in a bid to boost its credentials in the translation space, Transfluent pulled a clever marketing stunt. The company launched a crowdfunding campaign, looking to raise USD 60,000 to create and maintain an exact copy of the White House website in Spanish on LaCasaBlanca.com. Changes or additions in the original English language website will be reflected on the Spanish site shortly after.

Transfluent says that the USD 60,000 will go strictly toward building and hosting the website and paying for the translations (at cost, without markup). At press time, the campaign had raised a grand total of USD 1,485 with one anonymous Spanish-language advocate contributing USD 1,000.

Transfluent says it estimates the translation of the initial bulk of content to take around two weeks. In a press release, the startup invokes honorable motives to justify the initiative, such as the right to access government information in one’s own language. Honi soit qui mal y pense.

Editor’s Note: If you know of a vendor currently working on the Spanish version of WhiteHouse.gov in an official capacity, let us know.