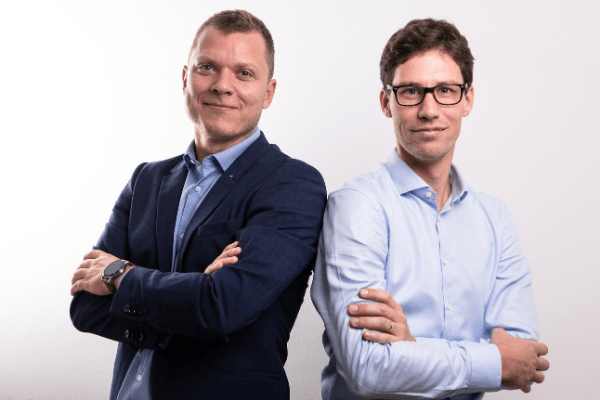 A relative newcomer to the language industry, TAIA was founded by entrepreneurs Matija Kovač and Marko Hozjan in 2017. TAIA CEO Hozjan told Slator that funding was provided by Fil Rouge Capital, a Croatia-based investment fund manager focused on early-stage startups.

The two co-founders had collaborated previously when they set up a language school in Slovenia in the mid-2010s. As Hozjan explained, they started to receive translation requests as the language school was expanding and decided to launch an LSP when more and more requests came in.

This led them to make a number of observations about the market for language services early on — including that they see it is old fashioned and still dominated by traditional enterprises, albeit large and growing steadily.

Hence, Kovač and Hozjan saw an opportunity in automating parts of the process and wanted their business to address some key issues, namely “lengthy response times, high prices, missed delivery deadlines, sensitive files being sent via email and kept in insecure locations.”

TAIA, therefore, is geared toward automation coupled with AI-enabled human translation services. Customers can sign up for an account and order via the platform. They offer professional-level translation, which promises delivery “up to 4x faster than traditional translation providers,” and a machine translation service that is currently in public beta.

Accelerator, Seed, and Series A

Though TAIA is still relatively young, Fil Rouge Capital is not the company’s first investor. ABC Accelerator took a 4% share in the business early on as a fee for participating in their startup program, which TAIA later bought back.

The company is focused on servicing the translation and localization needs of B2B customers, which mainly includes medium to large companies operating in the European manufacturing, e-commerce, and life sciences sectors.

A couple of years ago, TAIA began working on a blockchain initiative, which they have since abandoned. Hozjan explained that research and experimentation showed that “the cost and technological complications of introducing blockchain technology into our process outweigh the benefits.”

On why they decided to seek additional funding, Hozjan said it was in order to pursue further growth, and they began exploring options in Spring 2020. “We got in touch with different investors and interested parties and were able to gain quite a lot of traction,” he said. They first contacted Fil Rouge Capital in June 2020 and the investment closed in October 2020. TAIA was valued at EUR 6m pre-money, he added.

Commenting on the impact of Covid-19, which was at its height when TAIA began their series A funding quest, Hozjan said that there was no operational change since TAIA already had a culture of working from home. They encountered “a slight decline in orders, mostly in spring 2020, but have since recovered well.”

Moreover, “on the plus-side, […] due to the looming economic situation, businesses have become more inclined to changing and optimizing their processes, including how and where they order translation services,” Hozjan said.

Hozjan told Slator that 70% of the funds are ring-fenced for driving growth, while 30% will go toward software development. He described TAIA’s platform as “effectively an end-user centered TMS,” which comprises machine translation (MT), translation memory (TM), and workflow management.

“We have come to realize that a large number of companies decide to translate in-house for a variety of reasons: security, SEO, price etc.” —  Marko Hozjan, CEO, TAIA

The platform is geared toward “companies that handle their translation needs in-house” because, Hozjan explained, “We have come to realize that a large number of companies decide to translate in-house for a variety of reasons: security, SEO, price etc.”

While software, such as MT and API integrations, will play a key role in TAIA’s future, Hozjan also plans to “continue with linear growth of language services that will always be there to complement further development of modern translation technologies” — meaning a full pivot-to-tech is unlikely.

Sharing his take on MT, Hozjan said it is a key driver of change in the translation industry: “MT will inevitably eat into the traditional market share and change the ways LSP’s and other providers operate. The wave of change will, unfortunately, leave a lot of businesses bankrupt and many translators, unwilling to change, jobless. However, we believe that the process will at the same time enable those who are open to accepting new technologies to ride the wave and see automation and MT as a partner, not a threat.”

“MT will inevitably eat into the traditional market share and change the ways LSP’s and other providers operate. The wave of change will, unfortunately, leave a lot of businesses bankrupt and many translators, unwilling to change, jobless. However, we believe that the process will at the same time enable those who are open to accepting new technologies to ride the wave and see automation and MT as a partner, not a threat” —  Marko Hozjan, CEO, TAIA

Though he cautioned that some may fall foul of MT, Hozjan said he ultimately believes that “NMT technology will bring the cost of localization down, making it more accessible to businesses, which will thus be under even more pressure to expand internationally. This will, in turn, increase the demand for translation services, but the way these services will be provided will change even more in the coming years.”