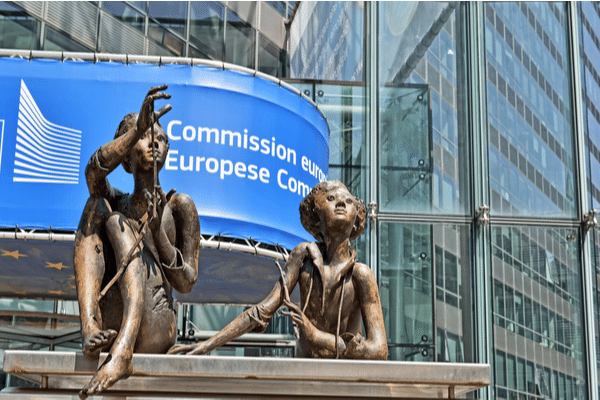 “I’m really looking forward to meeting you in the flesh at last. Online conferences are all very well but sometimes you want to meet face to face, and stand shoulder to shoulder,” wrote Sam in a missive to Mel; to which Mel replied, “Yes, it will be so refreshing (and a bit weird!) to have a real-world meeting after this endless virtual contact.”

A world emerging from lockdown was a common thread running through a number of source texts for Juvenes Translatores (2021–2022), the annual translation contest organized by the European Commission (EC).

The case above is the English source text. For the German, one friend invited another to travel “as far away and as exotic as possible” so they could catch up on everything they missed during the Corona-Krise. The enthusiastic response: das muss Gedankenübertragung gewesen sein! (You must be telepathic!)

The competition’s 15th edition saw 2,940 young translators from 689 schools compete to translate text between two official EU languages of their choosing. This year’s contestants used a total of 153 out of 552 possible language combinations, including less common ones such as Portuguese⇾Finnish, Bulgarian⇾Swedish, and Slovak⇾Greek.

Italy was, once again, the most competitive country with 363 students submitting translations. As in previous legs, France (358) and Germany (338) closed out the top three.

Announcing the 27 winners on February 10, 2022, Johannes Hahn, Commissioner for Budget and Administration at the EC, highlighted how this year’s theme, “Let’s get on track — towards a (greener) future,” was fitting in that 2022 is the European Year of Youth. (Although a sustainable future was the theme, it was obviously nigh on impossible to ignore the last two years.)

As has become the norm the world over, winners were feted via video podcast, subtitled in all 24 official EU languages. Monica Mattioli, a Polish translator with the Directorate-General for Translation (DGT), kicked off the announcement of winners by pointing out that the European Union is based on a colorful diversity of languages and cultures — and translators are at the heart of it.

“Every day, 1,400 translators, me and my colleagues [at the DGT], translate hundreds of European Union legal acts, webpages, press releases, and other vital [documents],” Mattioli said; adding, “One day, in the future, maybe you will join us and become our colleagues.”

Last year’s Finnish winner, Hanna Pörsti, shared how participating in the contest turned out to be such a meaningful experience.

Pörsti said, “It kind of made me realize that I could really get somewhere with the German language and with languages overall. I hadn’t really valued my talent as a language learner or speaker before, and winning the contest was the point for me when I kind of opened my eyes and really saw my own talent.”

Just as she had done, Pörsti encouraged the young translators to take advantage of all the effort they had poured into language learning. She told them, “Be proud of what you have achieved. I can tell you that it will pay off at some point in your life.”