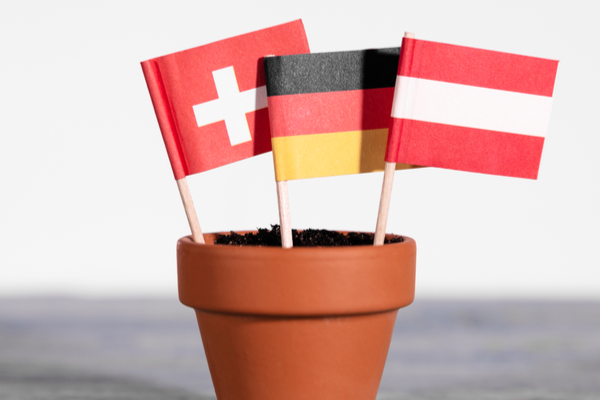 Germany’s language services market is one of the most fragmented in the world. Hundreds of smaller players exist to service the broad range of customer segments, with many specializing in techdoc translations for the country’s manufacturing powerhouses known as ‘hidden champions.’

It’s a ripe market for large and mid-size language service providers (LSPs) looking to grow through acquisition. One such company is Transline Gruppe, which has been steadily acquiring LSPs, including boutique local rivals, since private equity investors Lead Equities took a majority stake in the company back in 2014.

Lead Equities is a  EUR 115m Vienna-based fund that invests in companies based in the DACH region (Germany, Austria, Switzerland). Transline founder Dr.-Ing. Wolfgang Sturz remains a key stakeholder in the company, which is based near Stuttgart, Germany.

2019 has started out busy for Transline with the company acquiring two LSPs since the new year. Transline wasted no time closing the first deal with Interlanguage on January 1, 2019, and the acquisition of Medax followed three months later on April 1, 2019. The terms of the transactions have not been disclosed.

Slator reached out to Katja Schabert, CEO of Transline to find out more about the deals.

Interlanguage was founded in Modena, Italy, in 1986 by three linguists, Antonella Abbati, Susanna Ferretti and Paola Modica, Schabert said. The company specializes in, among others, marketing and video translations and has grown to 20 employees. Interlanguage was known to Transline prior to its sale since the two companies had an existing working relationship, having collaborated on customer projects for a number of years.

Transline’s second 2019 acquisition is a Germany-based medical translations company, located just outside of Munich. Medax was owned by Christoph Dunne prior to its sale and had 12 employees, Schabert said. The company was introduced to Transline by AIOS Consulting GmbH, a German tax, audit and consulting company. For Transline, which was founded more than 30 years ago and established its niche translating technical documentation, “Medax complements our portfolio with the field of medical translations,” Schabert told Slator.

Asked about the forecast 2018 revenues, Schabert commented that, “the 2018 turnover of the Transline Group amounted to about EUR 16 million; the planned Group turnover for 2019 is EUR 20 million.” Transline is therefore targeting an uplift of around 25% in revenues for 2019, which for an LSP of its size is not beyond reach. Transline grew by nearly as much in 2018, helped by the acquisition of Wordflow, a specialist in SAP translations which generated EUR 1.5 million in 2017 and was acquired by Transline in January 2018.

Another of Transline’s previous acquisitions is the translation unit of marketing and technical communication agency KE-Communication, which it acquired in July 2016. Meanwhile, Transline also divested its Spanish subsidiary through a sale to ADAPT Localization in August 2015. At the time, ADAPT owner Michael Kemmann said that Transline’s divestment was motivated by a desire to strategically realign its business to focus on DACH.

Asked whether the fresh acquisition of Italy-based Interlanguage signals a departure from Transline’s DACH focus, Schabert told Slator that, “in fact, interlanguage is very strong in Switzerland,” emphasising that “our strategy remains unchanged.” According to a release, Interlanguage will be merged with Transline’s Italian subsidiary, Wordflow.

According to Schabert, the rationale for the acquisitions centers on expanding resources, gaining additional industry knowledge and becoming more competitive and efficient. Schabert also said that there is no customer overlap between Transline and either Interlanguage or Medax and that “all brands will continue to operate individually,” meaning that the integration will focus on centralizing “administrative areas only.”

Schabert indicated that further synergies would follow although there seems to be no rush since “many of the tools we use are already the same, Trados, Across, MemoQ or Transit for example.” Transline is also working with machine translation (MT) already and is “constantly testing new technologies,” Schabert said.

She remains upbeat about the impact of MT on the language industry, saying that “machine translation will certainly bring changes to the market and to the traditional role of a translator. However, it will offer new opportunities rather than make the human linguist redundant.” Indeed, in Schabert’s view, “using state-of-the-art technology only makes sense if you do so in combination with human intellect, experience and knowledge,” primarily because “a machine-translated text can only meet high quality standards if a professional linguist subsequently raises it to the desired linguistic level.”

Emnay and AC CHRISTES & PARTNER GmbH were advisors on both deals, while AIOS Consulting GmbH introduced Transline to Medax.

Translators as Co-Creators of Digital Transformation – Transline Leads the Way