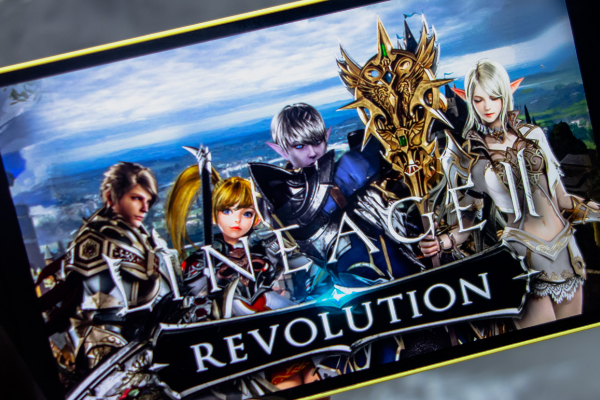 Game localization has been a growth area within the language industry for years. Game loc has turbocharged growth for providers like Keywords Studios and was identified as one of the key areas of focus by Lionbridge CEO John Fennelly at SlatorCon London back in May 2019.

Now, the language industry’s largest provider by revenue has set its sights on this USD 0.6bn market. New York-based TransPerfect has acquired game loc specialist, MoGi Group. The terms of the deal, completed on August 30, 2019, were not disclosed.

MoGi provides a range of services to gaming customers including studios, developers, and content owners, and works on both console and mobile titles. Their services have extended beyond localization to include community management, player support, quality assurance, games testing, voice-over recording, tool development, art design, and more.

Commenting on the acquisition, TransPerfect CEO Phil Shawe told Slator that MoGi was 100% owned by CEO Orad Elkayam and Head of Global Operations Zoi Vitsentzou prior to the deal, and that both will be joining TransPerfect’s senior management team.

MoGi “is joining the TransPerfect family but will continue to operate as its own division,” led by Elkayam and Vitsentzou, Shawe said, adding that “consistent with our business model in previous mergers, branding decisions will remain at the local level.”

Founded in 2007, MoGi is headquartered in Dublin, Ireland and has offices across Europe in Athens, Berlin, Brussels, Munich, as well as in Charlotte (USA). Shawe declined to comment on headcount and revenue figures for MoGi, which were “deemed confidential as part of the transaction.”

According to the company website, MoGi works with around 150 in-house translators and over 200 in-house player support team members. The company says it translated 69 million words in 2018.

TransPerfect has held back with acquisitions even after Shawe secured sole ownership of his company in late 2017. The company has completed three relatively small deals, acquiring LSP TranslateNow in June of 2018, Applanga in December 2018, and video startup Propulse Video earlier in 2019.

After refinancing a USD 445m high-interest loan taken out to secure the 2017 buyout, TransPerfect said it was gearing up for more M&A — as it is now doing.

Route Into APAC and LatAM

According to Shawe, “the companies shared no formal relationship prior to merger discussions,” but both parties soon recognized that it was a “good fit.”

He also said that, although MoGi would have been “content to keep growing on their own […] they were also intrigued by the global breadth and depth of services that the combined companies could offer.”

In a company press release, TransPerfect pointed out that, as a result of the acquisition, MoGi will gain a path to reach the APAC and LatAm regions by virtue of TransPerfect’s offices in Japan, Korea, Brazil, and North America.

Shawe also told Slator that “gaming in both regions is gaining popularity, and while MoGi already works with most major gaming publishers, TransPerfect has significant infrastructure in APAC and Latin America that the MoGi team will now be able to access.”

Game localization specialist MoGi is one of the larger players in a highly consolidated game localization market. It competes with the likes of market leader Keywords Studios and Pole To Win. Shawe said that MoGi has worked on such titles as Game of Thrones (from Telltale), Lineage 2: Revolution (from Netmarble), and Vermintide 2 (from Fatshark).

Shawe told Slator that “gaming is one of the most highly specialized areas of the localization market. Only a few key players have truly made the investments necessary to compete at scale.” Keywords Studios, for example, has expanded its capabilities by aggressively acquiring companies rooted in the gaming industry.

“Gaming is one of the most highly specialized areas of the localization market. Only a few key players have truly made the investments necessary to compete at scale” ⁠— Phil Shawe, CEO, TransPerfect

Describing the unique nature of the gaming industry, Shawe said that “what makes gaming localization different is the intense scrutiny it can get from audiences. By nature, games are interactive and reflexive, and they present multiple narratives. More importantly, gaming audiences don’t just consume the content once, and each time they play a game they become more familiar with even the finest details. Because of this, providers don’t just need strong linguistic talent, they need gamers who will give extra insight into the localization process. Complete fluency in the language of gaming — how games work and flow — is vital.”

Asked whether TransPerfect has observed if gaming customers require localization partners to provide a wider suite of services beyond localization, Shawe replied, “Absolutely.”

He explained, “In an industry where things change as fast as they do in gaming, the ability to provide a wide range of services is essential to maintaining and growing client relationships. Games change and evolve, and having to involve multiple service providers in every update isn’t efficient.”

“In an industry where things change as fast as they do in gaming, the ability to provide a wide range of services is essential to maintaining and growing client relationships” — Phil Shawe, CEO, TransPerfect

TransPerfect is not new to game localization but, until the MoGi acquisition, lacked the scale to service this complex vertical. “We have been expanding our services in this area organically for some time,” Shawe said.

The growth potential in the sector is driven by an increasing “appetite to bring new games to global audiences,” he added, saying that he sees “clear synergies between the needs of the modern gaming industry — specifically in terms of continuous deployment and workflow management — and our GlobalLink translation management technology stack.”

On the subject of the company’s M&A pipeline, Shawe said that “TransPerfect continues to seek out like-minded entrepreneurs who fit well with our management team, and technologies that fit well within our existing suite of products.”