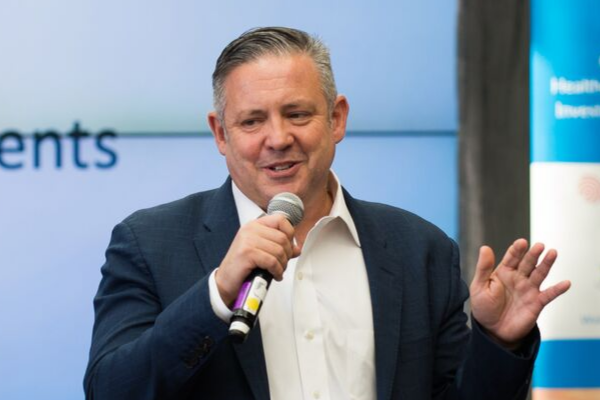 With the ink barely dry on TransPerfect’s recent acquisition of game localization provider MoGi, the world’s largest language service provider (LSP) by revenue has closed deals on no less than four new acquisitions. This time in media localization.

In an interview with Slator, TransPerfect CEO Phil Shawe provided more details about the acquisitions. Shawe said that, prior to the deal, Lylo was majority owned by founder Grégoire Parcollet and other managers, with minority ownership by VC/PE firm Breega; Lassostudios was owned by co-founders Carmen Mellado and Javier Fernández; AGM was owned by founder Yann Legay; and Sublime was owned by four co-founders: Sevan Bruce Nazarian, Marta Román, Iván Poveda, and Luisana Leon.

Shawe said that all of the founders will join TransPerfect’s senior management team and that the four companies will “continue to operate under their existing management teams.” Moving forward, the business units will report into Barnaby Wass, Senior Vice President based in TransPerfect’s Barcelona office. “The decision to maintain the company name as is, or adopt the TransPerfect name will be left to local management,” Shawe added.

Shawe declined to share how much TransPerfect paid for each of the four companies, saying that the financial details and headcount would be kept confidential. The most sizable of the four companies, Lylo hit revenues of USD 14.2m in 2018, an increase of more than 26% from the previous year. Lylo has a few dozen employees according to their LinkedIn page while AGM, Lassostudios, and Sublime’s pages all say they employ 2–10 people.

Lylo, Lassostudios, Sublime, and AGM Factory were known to TransPerfect prior to acquisition discussions; Shawe said TransPerfect had previously collaborated with each on customer projects. The new acquisitions provide TransPerfect with additional studios and bring a body of experience in and knowledge of media localization.

Making a Play in Media Localization

“Some of our new merger partners, Lylo specifically, are bringing exciting and complementary technologies to the table,” according to Shawe, and the company plans to integrate Lylo’s capabilities into its own, as well as TransPerfect’s GlobalLink suite.

These media localization acquisitions come at a time of rapid evolution in this tight-knit niche, and TransPerfect is not the only company traditionally focused on other markets to have made a play for it.

In September 2019, gaming specialist Keywords Studios acquired German media localization company TV Synchron, saying that the move does not constitute a major shift in strategy and that media localization is “essentially the same discipline [as game localization], but applied to a slightly different content type.”

Meanwhile, the small group of large “dedicated” media localizers consolidated further as IYUNO merged with BTI Studios in September 2019 to become IYUNO Media Group. The combined organization is one of a handful of pure-play providers including SDI Media and VSI, who generate revenues of more than USD 50m from media localization.

In Shawe’s view, “technology will be a major factor in determining success, and determining the next generation of market leaders in the space.”

While “the existence of entrenched providers in any market can be a challenge,” Shawe said he believes TransPerfect is now well-positioned to take on that challenge. “We couldn’t be more excited about the opportunity to compete on a grand scale in the media localization market,” he said.

TransPerfect was advised in France by Crowe HAF and by Constance Le Vert of Carbonnier Lamaze Rasle (CARLARA), and in Spain by Monste Hernández and Álex Martínez-Comín of Martínez Comín. Lylo was advised by Valentin Salcedo of EXPEN Partners and Laurent Marville of Reinhart Marville Torre. Sublime was advised by Mara Viejo Sastre of Alemany & Muñoz de la Espada, and AGM was advised by Eric Lefeubvre of Cap Code law firm.