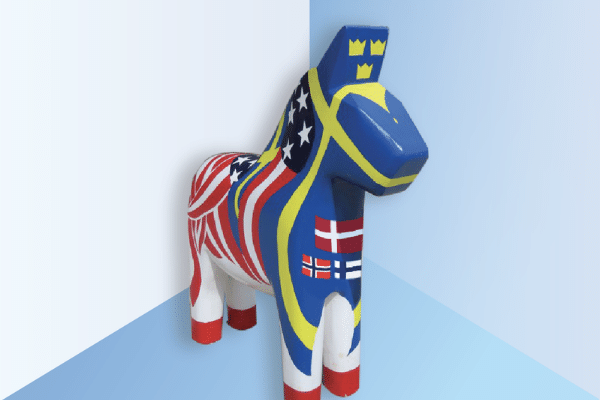 New York-based TransPerfect has in its sights a billion-dollar-revenue milestone, and the Semantix deal will boost its chances to defend the title of world’s largest LSP by revenue against UK-based rival RWS.

TransPerfect CEO, Phil Shawe, told Slator that the transaction closed on July 30, 2021. He said all parties agreed to keep the financial terms of the deal confidential — “but we can tell you that Semantix is on pace to generate USD 87m in revenue for 2021, and that the multiple exceeds 1x revenue.”

The deal was completed after “extensive due diligence, including two in-person trips to Stockholm by various members of our senior management team,” who followed travel protocols, Shawe added.

In a TransPerfect press statement, the transaction was described as a merger rather than an acquisition. Asked to comment on the word choice despite TransPerfect being much larger than Semantix, Shawe replied, “Semantix is the market leader in the Nordics, and we see this deal as the merger of two industry leaders.”

Moreover, TransPerfect’s M&A strategy “doesn’t differentiate between the terms,” Shawe explained. “If anything, [it] is better labeled a ‘merger’ strategy in that we have never acquired a company with the hope of achieving cost synergies by eliminating jobs (RIFs) or offshoring workers to lower cost locales.”

Semantix has 14 offices and more than 300 staff members in the Nordics. Shawe said that, in terms of office locations and client portfolios, the two organizations have “only a modest overlap.”

According to the press statement, Semantix management will stay on and the company will become a division. As for the Semantix brand, Shawe said, as in “virtually all [previous M&A] cases, the branding decisions have resided with local management.”

He said they “definitely intend” to keep the brand intact over the short-term, but will leave any future branding decisions to divisional management.

Semantix is led by CEO Patrik Attemark. The language services business is overseen by Chief Business Officer and industry veteran Britta Aagaard, who was a guest on SlatorPod in February 2021.

What Sweetened the Deal

Semantix uses XTRF as its core translation management system (TMS). Asked if an eventual migration to GlobalLink is being considered, Shawe would only say, “TransPerfect’s technology philosophy is that we want our tools to be the best choice for our merger-partners based on merits. Obviously, we think GlobalLink is the best TMS on the market — but what is most important is that our divisions have whatever tech resources they need to maintain and grow their accounts.”

Commenting on Semantix’s major EU deal win from December 2020, Shawe said they see the public sector as a growth opportunity and the merger will better position the combined organization to land more government clients in the Nordics and the EU.

As for Semantix’s legacy interpreting business, the TransPerfect CEO said it was one thing that sweetened the deal and they plan to grow the interpretation offering of both companies.

According to Shawe, “TransPerfect has developed some interesting technology and solutions, for both on-site and remote interpretation, that have seen a lot of traction in the marketplace — and we expect that Semantix’s interpretation business may also benefit from these recent innovations.”

The PE fund that owned Semantix, Segulah, also sent out a press statement on July 30. It is the third exit for Segulah Fund V — which focuses on only three verticals, B2B services, light manufacturing, and IT and tech services — this year.

According to the press statement, TransPerfect was advised on the deal by CDX Advisors and law firms Baker Botts and Vinge. Segulah Fund V was represented by William Blair International and Kanter Advokatbyrå.

Investment bank William Blair has become a specialist in transactions involving large LSPs. The company advised on such transactions as CLS Communication’s sale to Lionbridge back in 2014. William Blair Managing Director and Partner, Simon Baertl, spoke at SlatorCon London in 2017.